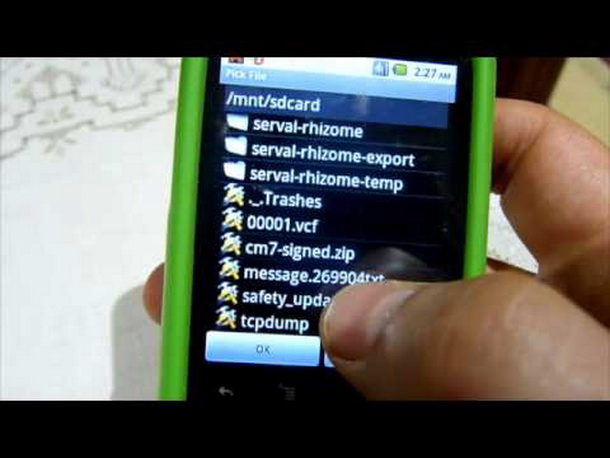 Though we don’t plan ahead for encountering emergencies, to deal with it properly however, we have a solution – Serval Mesh for Android. In today’s fast paced lifestyle, it’s unimaginable for us to spend an entire day without any working telecommunication system. So, what do we do if regular phone networks are out of order? The Serval project has an answer to your question.

Using mesh technology, mobile phone users will be able to stay connected with each other even at times when the regular network stops working. The medium of communication is a chat app, and it is only available for Android users. There are plans of launching it in other platforms as well.

Disaster communication network between cellphones (Small phone towers dropped in by air will be used).

The Serval Mesh android application is available for free at the Google Play Store. It does not cost anything, however, and is only available for version 2.2 or higher.

How Does the Serval Mesh Android Application Fare?

This is a new application, so, I never expected it to be error-free. It isn’t either! On several occasions, my phone crashed when I tried to send messages. The app even forced some call drops some times (This happens seldom though).

For using Serval Mesh, you will need at least one friend in the locality who has the chat app installed. For easy distribution, the developers have added a functionality of sharing the app with a nearby phone through Wi-Fi or Bluetooth. While using it, you are known by your regular number thanks to the Distributed Numbering Architecture.

Your modes of communication are:  text message and voice call. It is also possible to transfer files with other members of the app. If something important is to be shared, you can broadcast the message as well.

This is still under development, but it is something really unique, so I thought it deserved mention.

Once it is activated, you will be able to pin the broadcasted updates to a map. This is useful to spot dangerous locations or when you are facing some trouble locating a place while traveling.

A Little Warning About the App

Don’t grant the app root access to your phone. If you do, the app will take over the Wi-Fi, and you will need to log out, in order to return to a normal wi-fi connection. The app can also make your phone a personal hotspot and nearby phones using the app can then access your data plan.

I hope to see better security arrangements and extra features added to the app in the future. But, it is certainly one of a kind and, I recommend you give it a try.