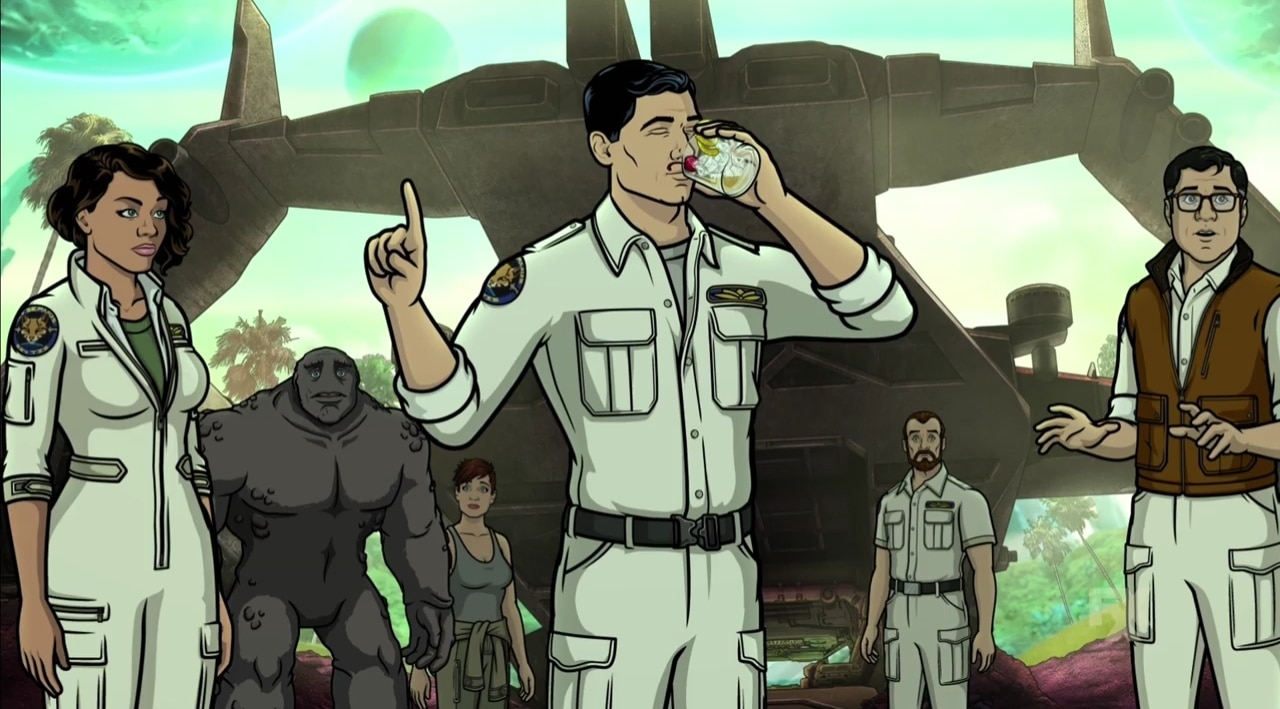 When we started talking about this season of Archer, we mentioned that the premiere seemed to signal a return to the structure and tone of the first four seasons (which I thought was a really good thing). That’s definitely been the case over the last several weeks—even though Archer’s technically imagining a futuristic world where Pam is a rock monster, Krieger’s an android, and Mallory is some sort of shape-shifter, it still feels like we’re back at ISIS headquarters in many respects.

Part of that is because, much like the first few seasons, each episode is basically an independent adventure rather than part of a season-long story arc. And on its surface, “Road Trip” isn’t really that much different than any other stand-alone Archer story. It follows the basic Archer formula: Archer does something reckless that puts everyone in danger; everyone scrambles around hilariously trying to figure a way out of danger; and Archer finally saves the day by doing something equally reckless that really shouldn’t work, but does. Even though it’s familiar, it still works.

But this one’s a little different because the show actually calls Archer out on his own arrogance and lack of empathy in a very unique way. Yes, Archer and Lana argue over the fact that he always just does whatever he wants, which in and of itself is nothing new. But this time he’s forced to face (literally) a version of himself that actually does care about someone other than himself. And, not surprisingly, everyone seems to like that version of Archer better. That Archer may be dead, but the recording he left shows a caring, sensitive Archer that actually considers how his actions affect those around him and isn’t constantly berating everyone. It’s strange, but in a good way.

So then the “real” Archer has to choose: does he try being more kind and empathetic? After all, that’s what his friends all seem to want. But he also realizes that “nice” Archer (who, along with the rest of the doppelgänger crew, is actually a clone commissioned by Mallory to double productivity) wasn’t able to get the ship going again and rescue everyone, either. So is the choice between being “nice” and being good at what you do?

Apparently so (at least in Archer’s mind). Yes, he saves the day; no, he shows no real sign of becoming any more sensitive to the feelings of others. The fact that he came back to get the others is at least something, but Archer’s never really going to change. Maybe he’s incapable of change.

Of course, he wouldn’t be nearly as entertaining if he did.