In the last year or two, there have been rumors about Apple developing the #Apple Car.” The computer giant has stated that it hopes to have the vehicle produced by 2020 and available to the general public by 2021. However, Apple may have scrapped its electric vehicle plans as project leader Steve Zadesky has left the company. Apple’s foray into car making has been dubbed “Project Titan,” and the project’s focus has reportedly gone from developing an electric car to developing self-driving car systems.

Apple Car Still in the Works?

If Apple still intends to produce a car, the public may have to wait beyond the 2020-2021 goal of Project Titan, since producing a car typically takes five or more years. Project Titan’s goal may have changed due to the fact that General Motors and Tesla Motors are also working on developing electric cars. Both companies are aiming to create an electric car that is capable of traveling 200 miles per charge and with a price tag of less than 40k.

Tesla will have to work hard to keep up with the efforts of General Motors, meanwhile Apple has all the resources to make the project succeed. In the past quarter Apple netted $18 billion while only $6.04 billion is needed for product development and research funding. 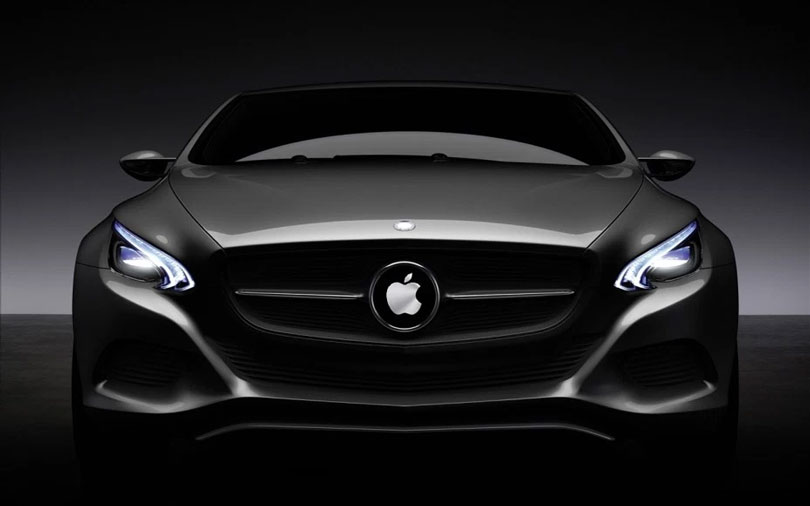 While Apple produces tech gadgets and computers, the company has shown that it can jump into the mix of new technological inventions. Apple didn’t invent the smartphone or digital music but the company was quickly able to produce the iPod and iPhone with great success. Another thing that Apple has is name recognition. Marketing the Apple Car or self-driving systems would certainly be no issue.

While just what Apple has planned isn’t entirely clear just yet, with the advent of Project Titan, the company has added employees from Tesla and executives and employees from Ford, Fiat and Mercedes. Project Titan currently has a team of 600 people and is operating under the title of another company, “Sixty Eight Research of California.” Apple has also purchased real estate in Sunnyvale, California, which is reportedly an ideal location for auto production. Apple has also obtained a testing permit by the DMV. Whether or not the company is using its resources for a car or simply just a self-driving system, a driverless system is certain to be a part of an Apple Car. Apple has gained permission to test self-driving cars so both a car and system can be expected to arrive in the not so distant future, if not as one. The company has already initiated a self-driving car driver training program so more news should be arriving soon.

One thing is for sure, the Apple car will be an ecofriendly electric car and a little higher priced than the average car. The company can be expected to have all the latest features and technology of the latest car models and competition while also pulling out all the stops with new technological features. Meanwhile, we may see Apple self-driving systems in other cars first.