Home Reviews Product Review: Should the Apple Watch Be on Your Wish List?
Reviews

Product Review: Should the Apple Watch Be on Your Wish List? 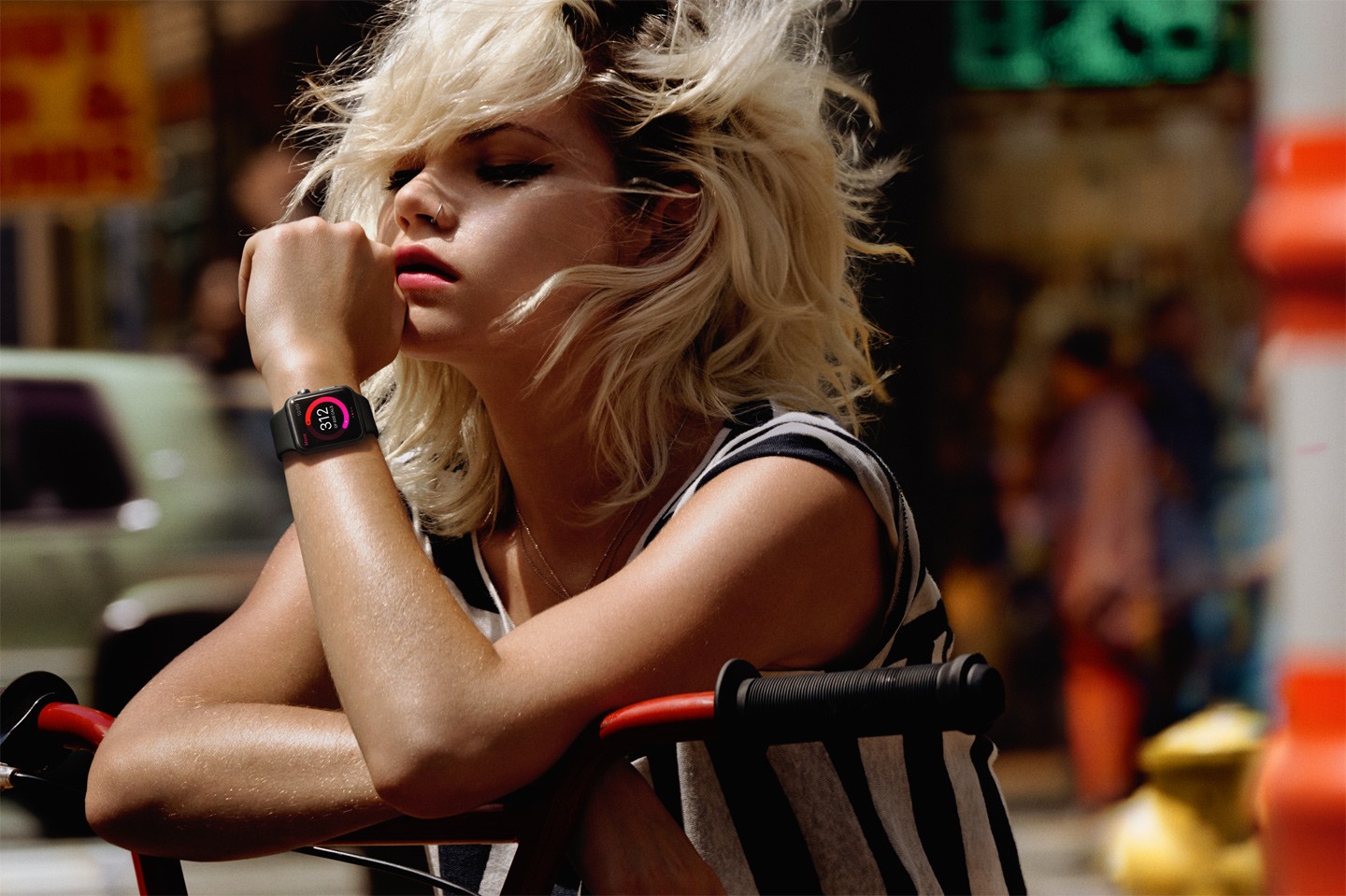 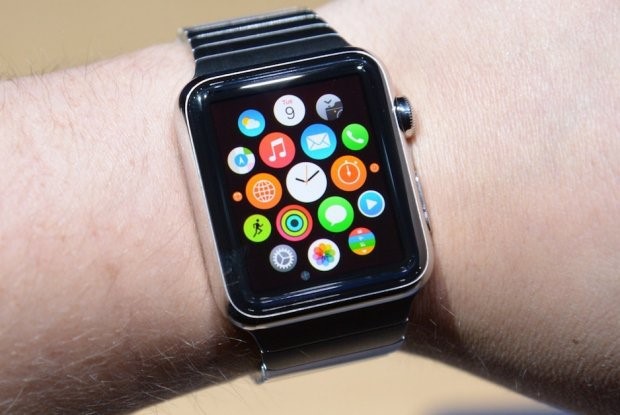 Apple Watch is fashionable and high-tech looking, but some may think this piece of gadgetry is only suitable for those who like to have the newest adult toys and who consider themselves fashionably “with it.” While we’ve certainly heard some grumblings about the watch being “square,” the design is perhaps the most stylish thus far.

While the design is thick, both the 38mm and 42mm model watches are quite small in relative terms. The 38mm model is quite exquisite and more suitable for females, while men likely would prefer the 42mm model. The advantage of the 42mm watch is a larger battery.

Price: Too Steep Compared to the Alternatives?

The price tag on the Apple Watch is a little steep. The 42mm Sport model has a price tag of $399 while the main Apple Watch costs upwards of $599. If you are considering purchasing a smartwatch, you may want to consider the more affordable devices such as the Sony Smartwatch priced at $299 or the LG Watch Urbane costing $349. However, buying something cheaper might mean a sacrifice of your new gadget-toy’s quality.

One of the most appealing aspects of the Apple Watch is the 290 ppi screen. There are 340×272 pixels on the 38mm model and 302 ppi and 390X312 pixels on the 42mm. In comparison, the Samsung Gear S is sharper but Apple’s smartwatch has a deeper color palette.

If you do decide to pay the extra bucks for one of Apple’s fancy smartwatches, you won’t get flapping on the bands that is common with cheaper watches. The silicon material has a nice feel and is an indicator of the quality design that can be expected of an Apple product. An optical heart rate sensor is located on the bottom side if you are the gym going type. The watch is also splash proof, which means you can get it wet but wearing it in the pool would not be a good idea as it is not considered to actually be waterproof.

So what exactly does the Apple watch do? With all the app store options available to users, is does just about anything you want. The watch does have its shortcomings, though. Fitness buffs in particular may feel that the features can still be improved. The activity tracking is not the most accurate and more food apps would certainly please the health conscious individual. Apple Health has also neglected incorporating the reproductive cycle as many female users may have already found.

One cool feature of the Apple Watch is the ability to make calls and reply to messages from the watch. The watch connects to your iPhone wirelessly, but if you don’t have an iPhone, the watch’s capability is drastically lowered. Things like tweets, Gmail alerts, calendar reminders, and Instagram likes appear on the watch via a wireless connection. There is a way you can filter excess and unnecessary notifications but only receiving messages from certain people is not yet possible with the Apple Watch. Some other neat features also include standing time, step tracking, and sports tracking.

The Apple iPhone has become a successful product due to its simplicity. While the iPhone is easy to use, the Apple Watch is a little bit more difficult to operate. One annoying feature issue is the fact that as the watch screen turns off automatically to preserve battery power, sometimes it can be difficult to get the thing turned back on.

If you are not familiar with the technology, you may find that the control system requires a little learning. On the face of the main screen is a large spread of apps similar to that of the iPhone. Users can scroll through the different app options and by using their finger or crown and you simply tap to make choices. However, with so many apps the screen can easily become cluttered and hitting the right app requires a bit of concentration.

The most useful info is found in the Glances section. Here you can see calendar alerts, battery life, and other things. The ease by which the watch can be used could and may possibly improve by changing the fact that while you are in the apps screen you can’t use your Glances without returning to the watch face. Yet another annoying little thing Apple’s tech designers could have made easier for its customers.

As is the case with the iPhone, the Apple Watch stores notifications in a list from which you can recall and open. Of the 3k apps that are available on the watch, no dedicated apps exist for Gmail, WhatsApp, and Facebook. The notification discrepancies mean that on some of the notifications, the watch only tells you that something has just happened rather than giving you the ability to read entire messages and reply to them. The notifications come to the watch quite easily and conveniently, but other tech companies such as Google are ahead in providing needed information without having to manually check. Of course you can reply to emails and text messages by voice command or by using stock replies, as is the case with just about any device on the market.

One pretty neat feature of the Apple Watch is its Taptic engine which gives a different feeling to the wrist/hand for notifications. The Apple Watch does not just use a simple buzz, but several different digital taps that indicate what the user is being notified of. The notifications include turns in walking navigation, standing prompts, and move goals. The Digital touch feature allows you to send sketches, heartbeats, and taps to other users of the Apple Watch, although this type of feature is hardly useful or necessary. The Taptic engine gives the Apple Watch a better feel. Small taps on the arm are much more pleasant than an annoying motorized buzz found on other smartwatches.

Fitness Freaks Have Many Options

Apple has designed its smartwatch with sports and fitness in mind, just as its marketing campaign suggests. The watch works well as a fitness tracker that can count your steps and help you to meet your daily goals. The Activity app is built in and is great in terms of design. Results can easily be viewed on the watch as well as the on the iPhone application. The watch allows users to measure how many calories they burn while allowing you to adjust your goals as you see fit. While the Apple Watch does not have sleep tracking, there are a few third party apps available in the App store should you wish to have one on your watch.

Surprisingly, there is no GPS on the watch. However if you have an iPhone, the Apple Watch can obtain run data when out on a jog if bringing both devices along is not an inconvenience. The watch automatically keeps track of your pace, heart rate, time, and distance in the same way that a running watch does. When you finish your workout, it gives a summary of your run but no route maps, heart rate graphs, or pace breakdowns of the workout. The watch does not have the capability to compare your workout sessions in any way. The lack of advancements on the fitness feature apps is somewhat offset by the easiness of making a call with the watch, something that can be useful in certain situations in the course of your day. Although, a watch designed mainly for fitness and carrying such a high asking price should be able to help measure progress of your daily workout routine.

To Buy or Not to Buy?

Whether or not you should buy the Apple watch depends partly on what you will be using the watch for and if you are not bothered by the high price tag. It has a battery life of one day, which is not bad. Some people may be disappointed with this watch as the features are designed with fitness and social media apps in mind rather than other conveniences. You will certainly look good wearing the Apple Watch and it’s a top of the line product, but product development is expected to go much further, so it’s safe to say that first year and early models will be lacking in one way or another.