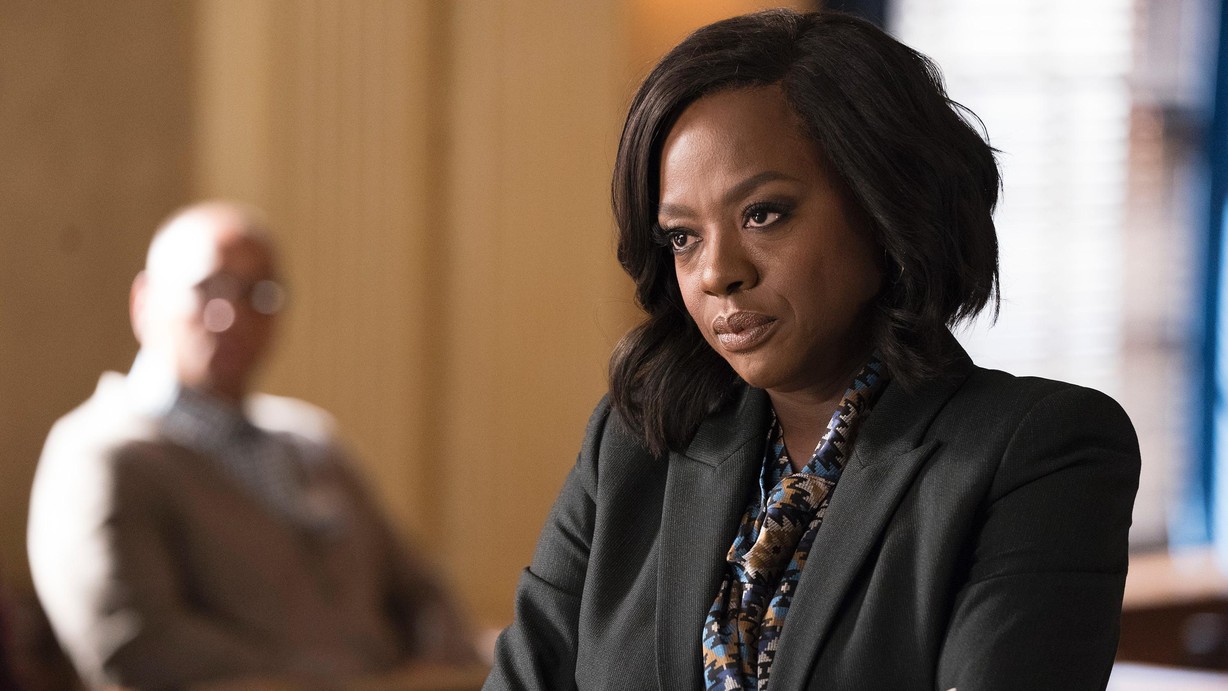 How to Get Away with Murder Season 5, Episode 5: “It Was the Worst Day of My Life”

Being open and authentic with others can be difficult. It can be downright scary at times. In fact, most of us spend a great deal of time and energy making sure that people don’t see who we really are. We hide behind fake smiles, forced laughter, and heavily curated social media feeds to make sure that most people see the person we want them to see.

But sometimes you just have to let your guard down and lay yourself bare for the world (or maybe just that special someone) to see. As terrifying as total honesty can be, sometimes it’s necessary—for your own sake as well as for those you let get close to you.

This week’s HTGAWM features two characters who need to tell their stories for entirely different reasons. One needs to clear his name and win his freedom, and the other needs to test her new relationship to see if it’s real. Both take huge risks, and both see positive results.

Annalise’s case of the week involves our old friend, Nate Sr. He’s getting his new murder trial, and this time he’s using an insanity defense (basically saying that solitary confinement drove him crazy, which led to him killing another inmate). Initially, it doesn’t go well. The prosecution immediately discredits Nate Jr.’s testimony, which drives a huge wedge between father and son and swings the case in the state’s favor.

But Nate Sr. wants his day in court. He needs to tell his story. He’s always been a fighter, and he’s convinced he can win this one if he’s just given the chance to speak for himself. And so, against her better judgment (because the defendant almost never testifies when using an insanity defense), Annalise puts Nate Sr. on the stand. And even though it goes terribly, terribly wrong, he still gets the chance to stand up for himself.

Ultimately, Annalise sways the jury with a magnificent closing argument that only she could pull off. From a legal standpoint, I’m not sure she proves that Nate Sr.’s state of mind at the time of the killing technically meets the standard for criminal insanity. But she won the argument with the twelve people that mattered, and justice was served. Regardless of the fine points of the law, it’s reasonable to believe that almost a year of isolation would cause a man to commit a murder that he would not otherwise commit. Nate Sr.’s been through enough. He deserves a win. And while he’ll still be confined to a state-run psychiatric facility, it’s certainly better than remaining in prison.

It’s always fun to see Annalise at work in the courtroom, and a win for her “face case” client is certainly cause for celebration. But Liza Weil masterfully carries the emotional weight of this episode as Bonnie struggles with the knowledge that her child, the one she had at age 15 and thought was dead, is still alive. And she finds all this out just as things are beginning to go really well for her. Now, not only does she have to decide whether to try to find her son, but she also has to decide whether to open up to Miller, the man she started dating just for information but ended up falling for. Does she risk blowing that up?

Ultimately, she tells him every horrible detail—probably for her own sake as much as for his. And, to his credit, he takes it all in, and then he just holds her and tells her how much he loves her. Which is exactly what she needs. Bonnie doesn’t really trust anyone, and so for her to share her most painful secrets is a huge step. I just hope Miller’s being sincere. After all, this is the show that flat-out tells us to “trust nobody” and “suspect everybody,” so it wouldn’t shock me to find out he’s lying. But it would really, REALLY piss me off.

Now that she (hopefully) has the emotional support she needs from Miller, Bonnie goes to her sister to find out what happened to (and hopefully the identity of) her son. They’ve been pointing us in one direction pretty hard most of the season, but you just never know with this show. Anything’s possible.