How To Alleviate Internet Drama–Especially If You Caused It 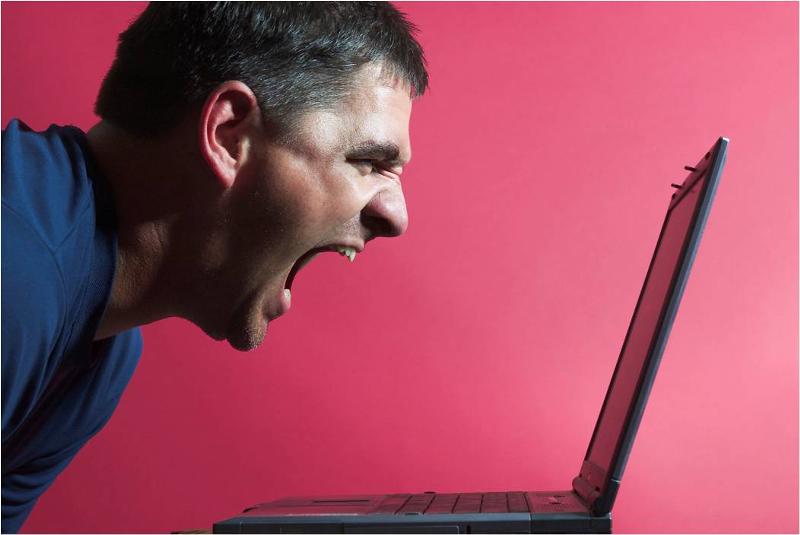 Everyone’s heard the old Shakespearean idiom “All the world’s a stage, and all the men and women merely players.” It’s one of the most timeless lines ever said in a piece of drama. Unfortunately, real-life drama isn’t nearly as fun as old Billy made it look. Nasty things are said. Feelings get hurt. In some cases, relationships are irrevocably damaged. But at least you have the advantage of looking your pal(s) in the eye, smiling sincerely, and saying “I’m sorry.”

Online drama has no such advantage. If anything, trying to alleviate drama via the internet (where no one can see or hear you to gauge your true intentions) puts you at a disadvantage—especially considering your not-so-nice side can be screen-captured and displayed permanently for the whole world (including future employers) to see. Below is a list of tips for dealing with any internet firestorm in which you might find yourself:

Most likely, you’ll get a few irked messages—possibly more if you’re the one who got the Drama Ball rolling. And you just know that at least one of them will be from a hothead who wants nothing more than to tear you a new one. Don’t let it get to you; be as cordial and polite as possible. If your “fan” says something that offends you, then be sure to let him or her know—again, as cordially and politely as possible.

Delete the Source of the Offense

As soon as you know there’s a problem, delete whatever caused it—not to get rid of evidence, but to prevent the issue from spreading and getting worse than it already is. In its place, calmly acknowledge the problem and state that your intention was never to hurt anyone. Keep it casual but serious so that those who read it will know that you’re sincere.

The end of many a good relationship has occurred because one of the involved parties cared more about his or her pride instead of the other person. It’s important to stick up for your own opinions and ideas (in mature, intelligent ways), but it’s also important to admit when you’re wrong. Apologizing acknowledges your part in the problem and demonstrates your willingness to forgive and forget.

Remember What Elsa Says: “The Past Is in the Past”

Pretty much the whole time that you’re riding the Trolley of Drama, you’re praying for the stupid thing to just stop and let you off. So why in the world would you want to get back on after your feet have finally touched the ground? Once all parties have resolved the issue, don’t bring it up again, no matter how tempting it may be in the heat of a future tiff. Doing so will revive old feelings of hurt and make you look like an insincere grudge-holder.

Get By Without a Little Help from Your Friends

As tempting as it might be to call on your support system to back you up so that you’re not the only one bobbing along in the Sea of Drama, don’t involve your friends in your mess. Asking them to take your side is a cheap way of making you feel more secure in your stance, especially if they’re also friends with the other involved parties. Plus, getting your friends caught up in your mess might have unforeseen consequences for them somewhere down the road.

One Poor Use of Judgment =/= A Horrible Person

The grief that you caused yourself and others will more than likely make you feel awful, but keep in mind that everyone makes mistakes—everyone. The important thing is that you learn from them and try to use better judgment next time. To err is human, but not to give a hang is just plain immature.

Report Messages That Are Harassing or Threatening

No matter how far you stick your foot in your mouth, there is no excuse for anyone to harass you, threaten you, or otherwise bully you. Should someone try any one of these, just delete the message and don’t even bother with a reply. People who do send others such messages are looking to provoke you, not talk it out with you. Don’t play their little games. If the bullying becomes worse, however, try disallowing anonymous messages or blocking the person who is doing the bullying. If he or she persists in his or her taunting, be sure to contact the website on which the harassment is taking place and/or law enforcement if necessary.

IPhone 6 Overshadowed by an Infinity Scarf Worn by Keynote Speaker

Why Doctor Who Is The Saddest Show On TV