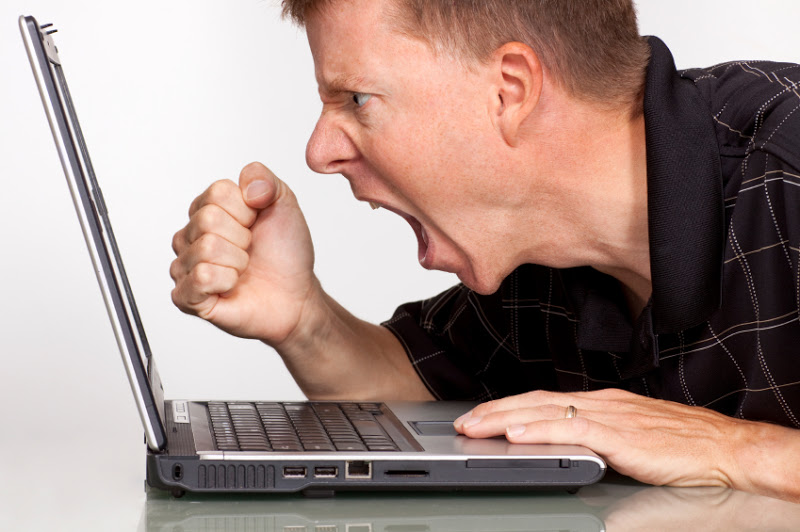 Whether you’re a cosplayer, a fan artist, or a fanfiction writer, chances are that when you finish a piece of work and post it on the internet for the whole world to see (and love!), you’re secretly hoping for a myriad of rave reviews that more or less salivate all over your hard work and effort. The odds of you gettng such praise are signficantly upped if you allow other users to post anonymous reviews on your work. After all, not everyone wants to take the time to log in and leave a signed message or let everyone in the whole, wide world know that he or she thinks you’re one smokin’ hot Sailor Moon cosplayer.

But also beneath the guise of anonymity lurks a more sinister presence. Sites that allow others to become anonymous (“anons” for short) while writing posts or sending messages often prove breeding grounds for cyberbullies who enjoy harassing, tormenting, and even threatening other users. The extent of their bullying can range from petty insults to allegations of prejudice (which are often baseless) to suggestions of suicide.

Although popular media has brought the severity of cyberbullying to the foreground in recent news, no amount of news coverage or support will ever completely eliminate cyberbullies or their desire to send mean-spirited messages to their browsing peers, especially on anon-friendly sites where they can do so free of all consequence.

So how do you know if you should allow or block anon messages?

First, you should recognize that while you allow anon messages, there will always be the possibility of an unidentifiable person—several unidentifiable people, in fact—sending you cruel messages. You should also recognize that the cruelty of these messages can reach severe levels, and you should check out the policies of the sites that you use to determine how those sites would deal with various levels of severity should the problem ever arise. Finally, you should recognize that there is a reason why these bullies are hiding behind the “anonymous” user name when sending you hate: they’re too cowardly to face you head-on. If you can accept and deal with these possibilities and risks, then hey, rock those anon messages; if not, then maybe disallowing them is the best option for you right now. Just be honest with yourself about your tolerance to dealing with the occasional (or frequent) numb-skull. There’s no shame in whichever option you choose.

“But what should I do if I do get anonymous hate?”

First things first: take a deep breath and remind yourself that the reason why the person who sent you the message chose to remain anonymous is because he or she doesn’t have the guts to make his or her identity known. Second, realize that your response to the message will play a significant part in whether or not your “fan” achieves his or her goal, which is an emotional reply out of you. Don’t give it to him or her. Instead, simply ignore the message and go on doing whatever you normally don the site without showing the slightest hint that you got the message, let alone read it. It’s possible that your lack of response will prompt the anon to send additional messages, but don’t let them jar you out of your resolve; just soap up, rinse, and repeat until the person finally decides to give up. (It should be noted that, if the messages do persist beyond a reasonable length of time or are threatening and/or harassing in nature, you should notify the site runners and/or law enforcement (if applicable) immediately.)