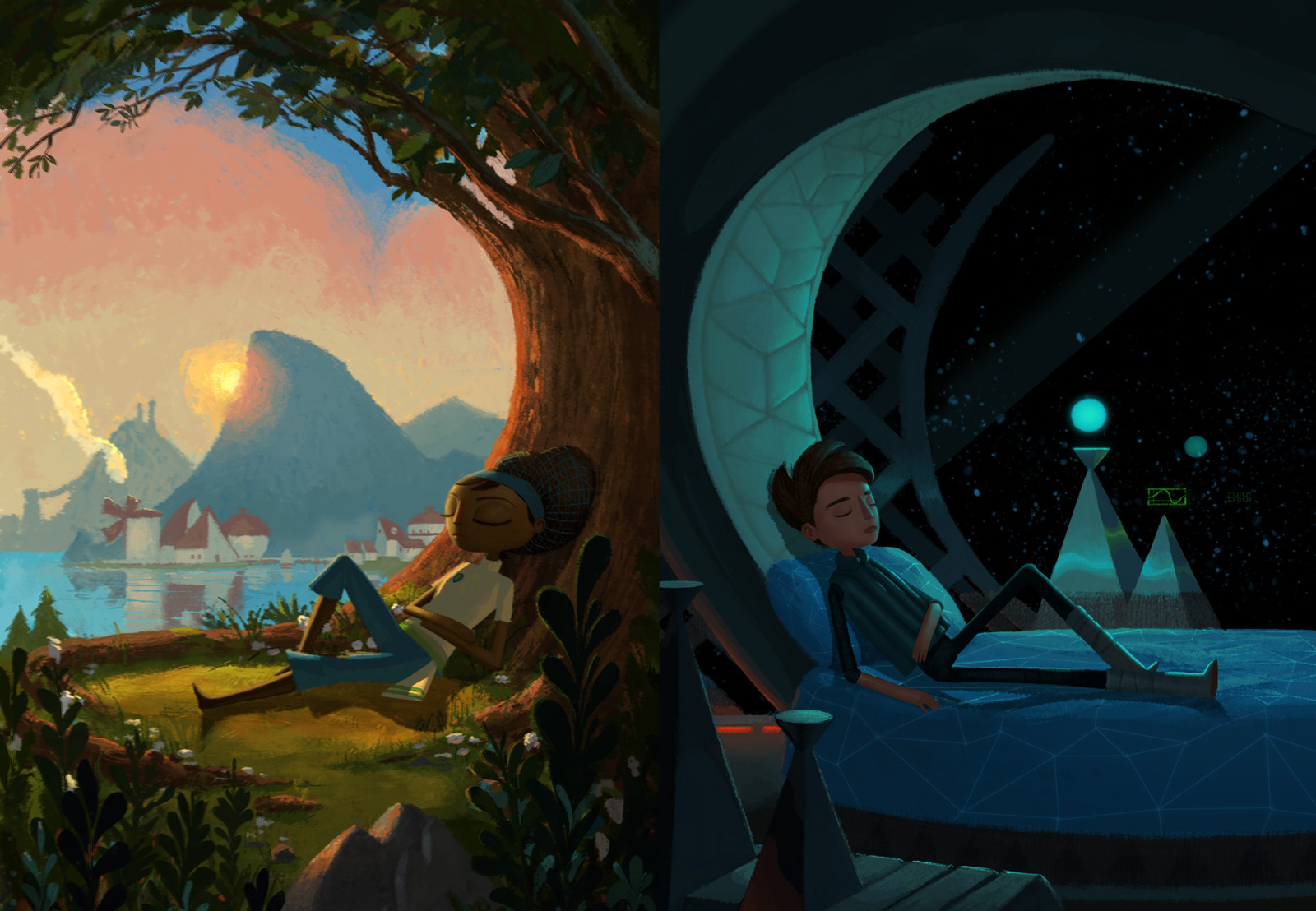 Great ideas deserve great attention, right? In the competitive world of game design, funding and support for preliminary game concepts can be hard to come by. Even experienced and talented creators (especially independents) struggle to acquire the means to produce their ideas. Today we have the gorgeous adventure game Broken Age (Act 1) available on our computers, (and Broken Age (Act 2) on the way)- thanks to a creator’s risking his ideas and trying his luck at rallying support for his game.

Game designer Tim Schafer, founder of Double Fine Productions (best known for adventure game Psychonauts) and former employee at LucasArts, dreamed of a fresh adventure game- one that merged traditional point-and-click gameplay with magnificent visual storytelling. The story would consist of two parallel yet opposite storylines- one of young teen Vella, offered as sacrifice to a great beast, and the other of Shay, lonely and trapped in a space vessel that takes care of his every need. The game would be a beautiful hand-drawn adventure for computer platforms.

Schafer and his company decided to try its chances at crowdsourcing to gather resources necessary to produce such a product. Crowdfunded resources (like Kickstarter) have, in under a decade, changed the business dramatically for small video game companies and creators- but it can be a nerve-wrecking business. Schafer felt an obligation to meet the expectations of his fans and backers, as anyone might after having received large sums of money from various interested contributors. Broken Age would have to be as stunning as he promised.

As it turned out, the campaign made crowdfund history, reaching its $400,000 goal within 8 hours and accumulating over $3 million by its end. However, Schafer and his team spent 100% of the community-raised funding on half of the game- inspiring skepticism from around the gaming community. The first act of Broken Age was released early in 2014 with much anticipation and anxiety on behalf of Schafer and Double Fine. If Act 2 was to go into production, exemplary sales numbers from Act 1 would have to fund the endeavor in its entirety.

So How Did it Go Over?

Gamesradar has listed Broken Age as one of 2014’s best games to date, and critics have been fawning over its concept, story and artistic design since its January release. Clearly a large number of Tim Schafer supporters were confident in his skills and thoughts that the project’s original portion received the funding it needed. The first edition’s release and sales in subsequent months have easily padded the production budget for Act 2 which is much awaited by fans and former backers. We would say that the risk to separate the story into two was a risk well taken.

We have yet to see and play the second act, but look forward to seeing how Schafer wraps up the adventures of Vella and Shay. Players can at this time pre-order the second half of the game, though its release date is still missing from our calendars. If you haven’t yet played Broken Age: Act 1, we recommend that you do so to enjoy stunning visuals, great puzzles and…did we mention the voices of Jack Black, Elijah Wood and Wil Wheaton? Stay tuned for further information on Broken Age as we learn more.

To Anon Or Not To Anon?: The Pros and Cons Of Allowing Anonymous Messages