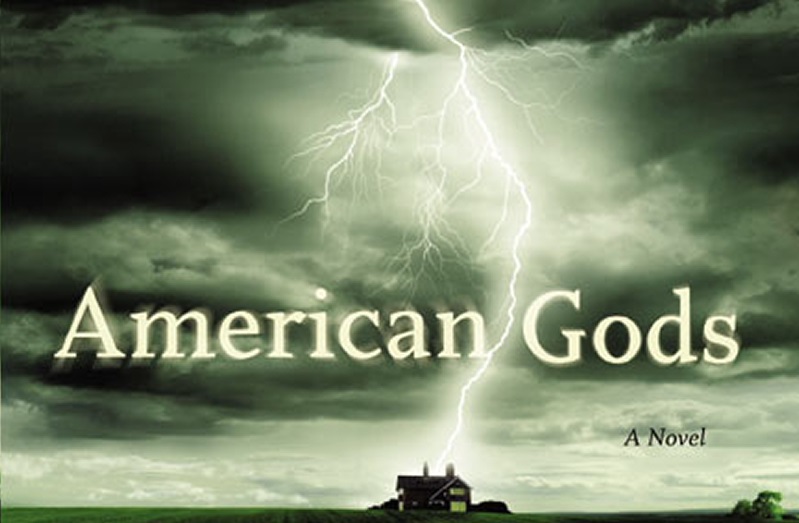 Bryan Fuller, known for his incredible work on Hannibal, signed on to work on the TV series adaptation of Neil Gaiman’s American Gods two months ago. Since then, the project has been surrounded by silence during its early stages. Now, however, Fuller has finally revealed some information about the show’s schedule, the nature of the adaptation, and Neil Gaiman’s involvement.

For those who haven’t read the book, American Gods is an award-winning fantasy novel by Neil Gaiman that blends ancient mythology with a contemporary setting. The story centers around the idea that gods exist because people believe in them, and therefore the power of these mythological beings fades when people lose belief. In contemporary America, new gods have arisen based on humanity’s obsession with technology, media, drugs, etc. The plot focuses on Shadow and Wednesday as they attempt to rally the Old Gods and convince them to fight the New.

Until now, all we knew about the TV series adaptation was that Michael Green (Heroes) will be an executive producer along with Bryan Fuller, and that it will premiere on Starz at some point in the near future. Now, in an exclusive interview with Crave Online, Fuller spoke about the show and gave us a little bit of information about what we can expect. While it’s still too early for most of the details to be revealed, Fuller’s hints are definitely enough to raise our hopes about this adaptation of the much-loved novel.

First of all, we shouldn’t expect to see this show released anytime soon. According to Fuller, filming won’t start until mid-to-late 2015 and the show won’t be on anyone’s screen until 2016, so patience is a must here. And on that note, it’s important to remember that American Gods is still in the very early stages of development, and therefore it’s impossible to predict what will happen with the show along the way. With that in mind, one of the biggest questions on fans’ minds is, of course, how closely the series will follow the events of the book. Fuller’s answer: “It’s basically following the events of the books but expanding those events, and expanding the point of view to go above and beyond Shadow and Wednesday.” He went on to compare the series to Game of Thrones, in which dozens of characters are tracked through the events. This approach makes sense, as Gaiman’s novel is set in a world of so much possibility and certainly has the potential to be explored and expanded.

Even more exciting is Fuller’s confirmation that characters and events from Gaiman’s follow-up novel, Anansi Boys, may make an appearance in the series as well. He also spoke about Gaiman’s involvement in the development of the series, confirming that “Neil’s executive producing and he’s very involved.” When asked whether Gaiman will be writing any episodes himself, Fuller replied that “He’d god damn well better.” I think it’s safe to say that the sentiment is seconded by the rest of us. After Gaiman’s recent success within the realm of screenwriting, including two memorable episodes of Doctor Who, it’s safe to assume that we will see his involvement in American Gods as well. So, while there’s still a long way to go, it’s clear that we have a lot of excitement in store for us in the future.