All Good Things Must End, Even ‘Umbrella Academy’ Season 1 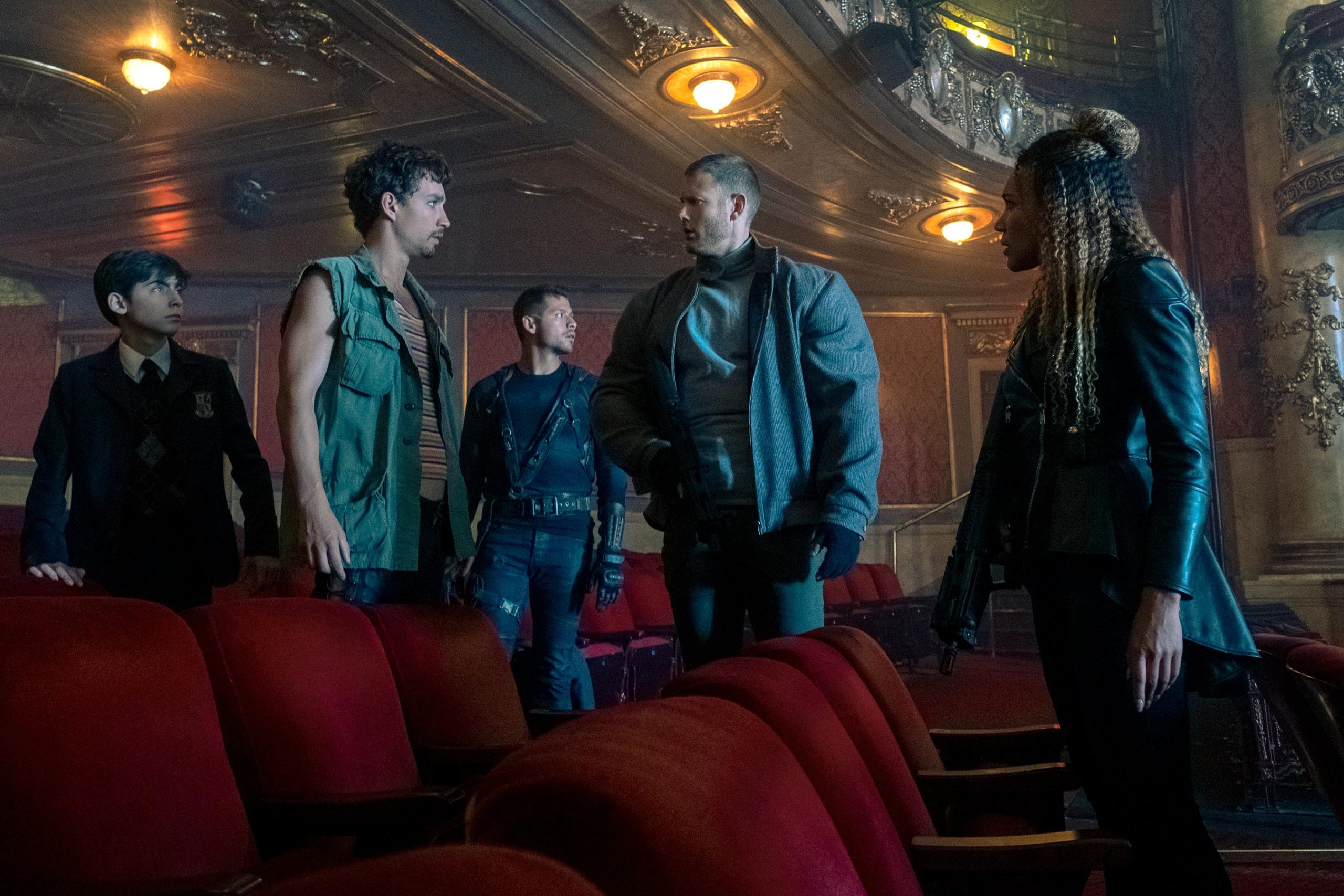 Not enough space, dear friends, and if there were not nearly enough time, even if I could do little chronology hops like my beloved number Five. The finale of The Umbrella Academy and any potential summation of season one as a whole, would require infinite monkeys at infinite type writers, and I am but one descendant at one mediocre computer. I wanted to write this and put it into the ether sooner, but got waylaid by my birthday – an existential horror show in its own right – and maybe, just a tiny bit, slowed by a bit of melancholy at reaching the end of a phenomenal first season, with no promise of a second yet committed. But here we are, and face it we must. So. The Finale.

I could give you an in-depth plot summary – a ton happens, because this show absolutely refuses to follow the standard “ok, let’s wrap it up into a tidy conclusion” standard held to by most conventional seasons-but the most important thing, and let’s get it out-of-the-way quickly and succinctly, is that our heroes fail. The apocalypse comes. And though Vanya, as the White Violin created by her rage and rejection, causes much of the direct destruction, the true brilliance of The Umbrella Academy is the little secret that they’ve been carefully seeding the entire series: the Hargreeves cause the apocalypse by trying to prevent the apocalypse.

There were so many points throughout the show where paying attention to Vanya – both in an emotional, familial way and in an “oh my gosh, that’s actually what’s happening with you” capacity – would have prevented the hurt and anger and betrayal that created the final form of bad-ass Ellen Page in a white suit just fucking shit up left and right. Which goes a long way towards drawing out, into starker relief, a point I’ve been making all season. The Umbrella Academy is, without being too precise in naming, very interested in exploring the effects of toxic masculinity. The nearest anyone at any point ever came to subverting the Vanyapocalypse was Alison. She had a genuine bond with her sister and did her best to cultivate it. More than once, had she been permitted to go to Alison after a hurt feeling or a misunderstanding, the timeline could have been altered for the better. But the Hargreeves men – most of them Luther, granted – prevented her.

Excepting my beloved Klaus (and the unspeakably perfect Ben, more on him later!), the finale truly shows the Hargreeves men at some of their boy dumbest. Luther and Diego both default to alpha male posturing and Five, who I think you could pretty capably argue as vaguely suicidal, approaches everything with the precision of cold academia; yes, she is our sister, but what is one our sister versus all these flobbity billions of people? It remains an abstract notion – Five doesn’t realize that the only way to save the world is to save Vanya first. But Alison does.

I have heaped mounds of praise on this show for it’s approach to sister relationships, and guys, it’s still not enough. That said, the show has also done something genuinely unusual in that its two female leads are made stronger by their feminine qualities, not by just attributing traditionally masculine abilities to them. I’m not going to get into a deeper analysis of physical strength and assertiveness as masculine qualities. I didn’t write the book, I’ve just read and lived it for the past 33 years, and those are the rules the game is played by, whether it’s fair or not.

But though Alison is physically strong and capable, where she truly shines is in her embrace of empathy and kindness. There is a moment in the finale where Vanya is playing her violin and ending the world, where Alison pleads with her brothers to let her be the one to confront Vanya. They agree, and Alison goes into the theater and meets eyes with Vanya. Vanya smiles and so does Alison, and a whole world of forgiveness goes back and forth between them. Alison didn’t come to hurt her. Vanya has literally done to Alison what young Alison figuratively did to young Vanya when she rumored her all those years ago. She cut her throat in a way that means that Alison will not be able to speak, and thus has no power to rumor.

There is a great deal of chaos in this episode, but there is also a high water mark for a certain, beloved Klaus, who finally is able to access the full depth of his powers, and summon Ben, the sweetest of cinnamon rolls, who goes sickhouse on some rogue time agents, by using his monster abilities. It is a wildly rewarding scene.

But to return to the most important aspect of this episode – hell, this entire season – our heroes fail. They restrain Vanya, but her shockwaves reach the moon, which crumbles and plummets to earth. My mother pointed out that the moon ultimately being the cause of the apocalypse forces us to reconsider Hargreeves motives in sending Luther to the moon. Was it truly just a false flag mission to give Luther purpose? Or did Hargreeves – who we know has some notion of the apocalypse – realize it would play a role somehow? Either way, the world ends, with the Hargreeves huddled together, hoping Five can jump them, as a family, to a time where they can maybe set about undoing some of the apocalypse they’ve already done. Imagine that. The audacity in that writers room. For a normal show, it would be unusual for the heroes to fail, but in an alleged superhero show, it’s unspeakable. Unheard of. Especially with stakes that are literally the doom of the entire human race. Superman is beaten by Zod. The Joker defeats Batman. These things don’t happen. But this thing did happen. And crazier still, the entire time, the heroes were just creating the problem they were trying to prevent. It is brave and crazy and an absolutely insane risk to take, as a show at all, but especially in it’s debut season. By all that is reasonable and sacred, give us a second season, Netflix. It’s what we need right now.

A Case of Style over Substance Called ‘Homecoming’

The Best Sales Automation Tools that Can Generate More Leads