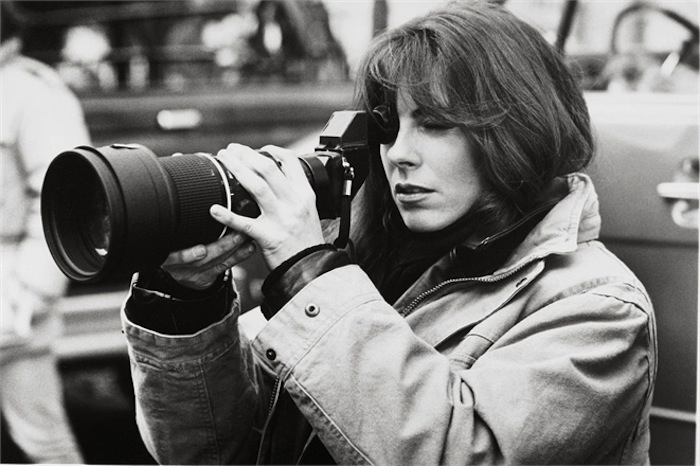 The issue of gender inequality in film production has been an ongoing discussion that questions whether the prominence of female filmmakers is progressing at a slower pace than it should, or regressing at a faster speed. Earlier this year, 20th Century Fox released a schedule of films set for future production that concerned film critics, considering that the schedule lacked female directorship for the next two years.

However, despite these challenges in the film industry for the years to come, there are a number of films that are premiering in the next few months with a strong female presence behind the scenes to which we should definitely look out for.

Directed by Elizabeth Wood, White Girl tells a love story between a college student who falls madly in love with the wrong guy whom she’s willing to do anything for. FilmRise will release the film on September 2nd, and Netflix will screen the film thereafter.

Directed by Sharon Maguire & co-written by Helen Fielding, Emma Thompson, and David Nicholls,  Bridget Jones’s Baby is the third instalment of the Bridge Jones films that leaves Bridget questioning who the father of her baby is. The film will hit theatres on September 16th.

The Girl on the Train

Based on the Paula Hawkins’ novel, The Girl on the Train is a mystery drama written by Erin Cressida Wilson and directed by Tate Taylor. Starring Emily Blunt as Rachel Watson, the protagonist becomes accidentally intertwined in a mystery with unpredictable consequences that can drastically change her life. The film is scheduled to be released on October 7th.

From the director of Bend it Like Beckham, Gurinder Chadha, Viceroy’s House is a historical drama about the inside life of the president’s home in India during the Partition of India in 1947. Although a definitive release date hasn’t been set, the film is scheduled to be released sometime this year.

Directed by Sophie Goodhart, My Blind Brother is an American comedy that involves two brothers, one of whom is blind, who are fighting over the same woman. The film premiered back in March at South by Southwest festival with positive reviews by film critics. The official release is September 23rd.

Directed and written by Andrea Arnold, American Honey traces the story of the youthful rebel, Star, played by Sasha Lane, who joins a travelling crew and gets involved in a world of partying and misfit behaviour. Arnold’s film is scheduled to be released on September 30th.

You can look forward to watching Patty Jenkins’ Wonder Woman on June 2nd, 2017. Based on the DC Comics character and distributed by Warner Bros., Diana Prince, played by Gal Gadot, heroically leaves her home to try to save the world from warfare.

Directed and produced by the American filmmaker, Denise Di Novi, and written by Christina Hodson and David Leslie, Unforgettable has an unforgettable cast that includes, Katherine Heigl, Rosario Dawnson, Geoff Stults, Isabella Rice, and Cheryl Ladd. You can catch this flick about a newly divorced mother who has an unstable relationship with her family and her ex husband on April 21, 2017.

Although Captain Marvel won’t be in theatres until 2019, casting the perfect production team is already in the works. Marvel studios has made it their mission to lend the film to a female director with three very promising women on their list of possible candidates, including Lorene Scafaria (New Girl, Nick & Norah’s Infinite Playlist), Niki Caro (The Zookeeper’s Wife, Whale Rider), and Lesli Linka Glatter (The Walking Dead, Mad Men). Although the director role is still up for grabs, Brie Larson was cast earlier this year to officially play the film’s heroine, Carol Danvers. Captain Marvel will be in theatres on March 8, 2019.