7 Reasons to Subscribe to Shudder This Week – Including ‘Scare Me’ 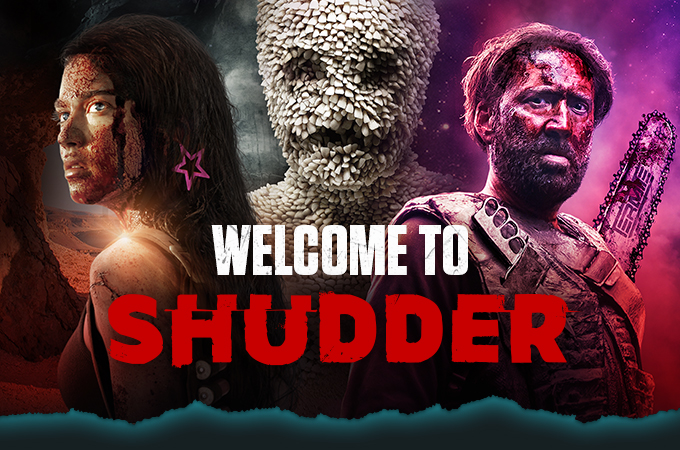 If you’ve been around Geek Insider or our podcast/radio shows, then you’re likely aware that we LOVE Indie creators and the horror genre around here. Over the past year or so we’ve fostered some great relationships with the brilliant talent behind some fantastic projects and one in particular has really caught my attention lately.

Now, I’ve seen some interesting trailers from them over the past few months and I’ve even been privy to a couple of sneak-peak screeners and interviews with the talent behind some Shudder Originals, but since I ditched cable TV and went with various streaming options, I’ve had to pick and choose which ones I subscribe to and Shudder didn’t make the cut. At least until this past weekend that is.

I downloaded the Shudder app on my Xbox One, signed up for the month-to-month subscription, and immediately turned on one of my favorites from the past, ‘Fade to Black.’ Now this classic has been kind of hard to find, with physical copies being significantly overpriced, so it immediately caught my attention and would’ve definitely been enough on its own to entice me into trying the service out.

However, my wife and I indulged in a Shudder-centric movie day on Saturday and the movies we watched coupled with what I already knew and a couple of things that I found out, it was easy to determine that this was the perfect time to subscribe to Shudder.

When I saw that they were initially offering a 7-day free trial, I knew I was onboard for at least a little while.

Then I saw that little “Promo Code” selection and with a quick web search I found one that bumped me up to a 30-day free trial. So yeah, it usually pays to do a little research. However, if it’s as good as it looks and sounds, I have a feeling I will keep my membership long beyond the free trial.

Right along with the above, Shudder’s pricing is pretty spot on. Whether you go for paying for a year or month-to-month, if you watch even a single movie every month it will definitely feel like it’s worth the money.

So, the details in 1 & 2 were actually the final things that made me decide to sign up for a membership. The big thing that sent me their way as a paying customer was the available library, the fact that they add new titles every week, and that we watched a trio of movies that we REALLY enjoyed.

Two of them are available now and the third comes out this next week, which is another reason why it’s the perfect time to sign up for Shudder.

Available now and definitely one you want to pause for any bathroom or popcorn breaks, you just don’t want to miss ANYTHING is this thriller. The synopsis is that a same-sex couple moves to a small town so they can enjoy a better quality of life and raise their 16 year-old daughter with the best social values. But nothing is as it seems in their picturesque neighborhood and when Malik sees the folks next door throwing a very strange party, something very shocking has got to give.

My wife and I really enjoyed this one. It keeps you guessing the whole way through and has a surprise ending that was definitely unique. I love a decent story with good acting and Spiral definitely delivered on those counts and while I’m not going to reveal too much about the plot, suffice it to say that it takes a unique and twisted look at our world and what the vilification of certain subsets of society “could” lead to.

This is the title that will be released on October 1st and the only way I got to see it is with that aforementioned relationship we’ve been fostering with Shudder. On occasion they offer us screener copies (it’s so cool too because they have our names on it the whole time… we look all big-shot n shit) and while Meredith has been able to watch one or two, I had to figure some stuff out on my system and only got access this past weekend.

And I’m really glad I did.

Scare Me isn’t a horror/horror movie. It’s more of a comedy/thriller/horror-esque flick and I have to say, my wife and I really enjoyed it. Fred (Josh Ruben, CollegeHumor), a frustrated copywriter, checks into a winter cabin to start his first novel. While jogging in the nearby woods, he meets Fanny (Aya Cash, “You’re The Worst” “The Boys”), a successful and smug young horror author who fuels his insecurities. During a power outage, Fanny challenges Fred to tell a scary story. As a storm sets in, they pass the time spinning spooky tales fueled by the tensions between them, and Fred is forced to confront his ultimate fear: Fanny is the better storyteller. The stakes are raised when they’re visited by a horror fan (Chris Redd, “Saturday Night Live”) who delivers levity (and a pizza) to the proceedings.

Josh Ruben does a fantastic job attempting to bring his scary stories to life while Aya Cash as Fanny is cute, enthralling, and kind of chilling all at the same time. There are plenty of laughs and some great creepy vibes throughout the night and it’s definitely worth checking out.

Speaking of meeting up. Aya Cash was able to sit with us on September 25 as she traveled the press junket and Josh Ruben will joined us on launch day, October 1, 2020.

Out of the 3 movies we watched, this is the one that stood out to the both of us. Meredith and I actually interviewed Jordana Brewster and Jay Baruchel about this movie a few weeks ago and while Meredith had a chance to see the screener beforehand, I didn’t. We had a really fun time interviewing them and as Meredith had given the movie a couple of thumb’s up and they were definitely great guests, I wanted to be sure to watch it first.

This is a good old fashioned slasher/whodunit flick with a storyline that I am absolutely in love with. Jay did a hell of a job as writer, director, producer, AND playing a part in the movie. You can definitely tell that this is a labor of love for Jay and Jordana said he was really fun to work with. So, what’s the movie about?

A quick thumb through their current library resulted in the immediate addition of multiple titles to ‘My List.’ This included the classic originals of Halloween (as well as 4 & 5), Re-Animator, and The Changeling along with the Shudder Original’s Revenge and Host. Not to mention the NOS4A2 series and the new Creepshow reboot.

Much to my wife’s chagrin, I’ve already called dibs for us to watch the original Texas Chainsaw Massacre tonight. For me, it’s one of the best classics but for her, it happens to be THE movie that scared the shit out of her as a kid.

Spiral and Random Acts of Violence are already available and Scare Me will premiere Oct. 1st and if you just watched those 3 alone it would be worth the free price of admission. However, I think many of you will find yourselves drawn in to check it out and will be just like me, signing up for a paid subscription for a quality streaming service.

As a 7th reason to sign up this week — Halloween is coming and Shudder is the PERFECT channel to have on-hand to help get you, the spouse or significant other, and kiddos in the mood. You’re almost certain to find some classics that you loved or ones that your counterparts have never seen and with their free trial, you literally have nothing to lose by checking it out first.

‘Synchronic’ is Coming… and it’s AWESOME