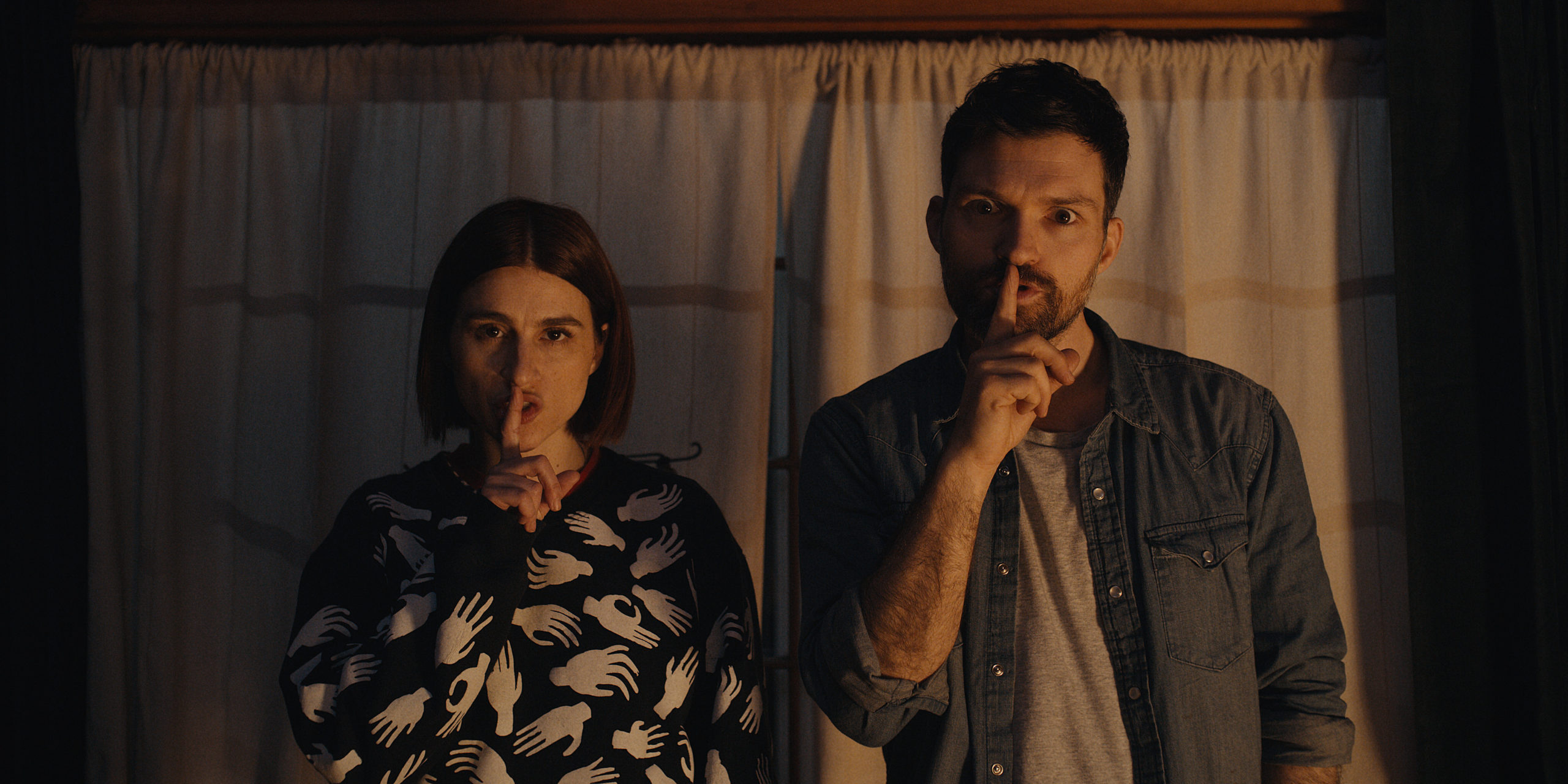 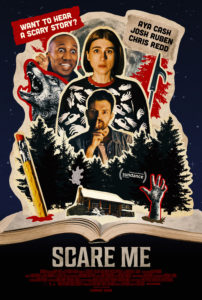 Fred (Josh Ruben, CollegeHumor), a frustrated copywriter, checks into a winter cabin to start his first novel. While jogging in the nearby woods, he meets Fanny (Aya Cash, “You’re The Worst” “The Boys”), a successful and smug young horror author who fuels his insecurities.

During a power outage, Fanny challenges Fred to tell a scary story. As a storm sets in, they pass the time spinning spooky tales fueled by the tensions between them, and Fred is forced to confront his ultimate fear: Fanny is the better storyteller.

The stakes are raised when they’re visited by a horror fan (Chris Redd, “Saturday Night Live”) who delivers levity (and a pizza) to the proceedings.

Writer-director Josh Ruben’s debut feature is a metafictional horror comedy about the pleasures and perils of storytelling and the genre’s power to exorcise social demons. SCARE ME is a clever and chilling hybrid of humor and horror that subverts the cabin-in-the-woods trope. Propelled by Cash and Ruben’s comedic chemistry, SCARE ME ventures into darker territory, drawing dread and pathos from the gender hostilities driving Fanny and Fred’s game of ghost stories.

Release Date: October 1, 2020
Writer/Director: Josh Ruben
Cast: Josh Ruben, Aya Cash, and Chris Redd
Logline: During a power outage, two strangers tell scary stories. The more Fred and Fanny commit to their tales, the more the stories come to life in the dark of a Catskills cabin. The horrors of reality manifest when Fred confronts his ultimate fear: Fanny is the better storyteller.
Where to Watch: SHUDDER

AYA CASH, known for her roles in “You’re The Worst”, “The Boys”, and most recently appeared in the FX limited television series “Fosse/Verdon” as Joan Simon. She’s a graduate of San Francisco School of the Arts and the Guthrie BFA acting program at the University of Minnesota. Definitely check her out on Instagram.

We had a fun time, albeit a quick sit down with Aya Cash as she graced us with a few minutes in her crazy schedule. Don’t have time to watch the video? That’s all right! Subscribe to The Geek Insider Podcast on your favorite listening app. We’re on iHeartRadio, Spotify, and Amazon Music.

JOSH RUBEN is an award-winning actor, writer, and director of film, television and commercials. For television, Josh directed sketches for “The Late Late Show” with James Corden and episodes of TruTV’s “Adam Ruins Everything.” As a commercial director, Josh worked on hundreds of spots for clients that range from from Geico to Comedy Central.

Ruben is one of the founding members of CollegeHumor’s “Originals” department, and has directed and/or starred in hundreds of comedic shorts. He has recently directed all 10 episodes of Funny or Die & Spotify’s narrative podcast, “The Last Degree of Kevin Bacon.”

Look for more Josh Ruben films. With SCARE ME now released, his second feature, “WEREWOLVES WITHIN” with Ubisoft Film and Television and Vanishing Angle producing, began production in February 2020.

More SCARE ME? You bet!

Matthew and I had the privilege of sitting with Josh Ruben, the actor, writer, and director of SCARE ME. Josh shared his experience with working with a great cast and crew, and how wonderfully fun it was to work in negative degrees weather (note sarcasm). What independent film doesn’t come with challenges, right? Give him a follow on Instagram.

This dark comedy/horror film is Ruben’s feature film debut. After you’ve watched SCARE ME on Shudder, let us know what you think!