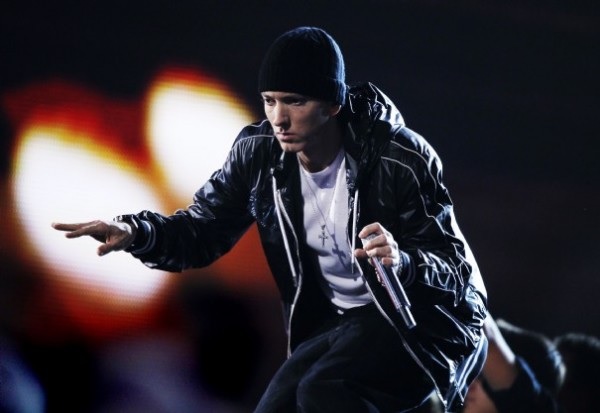 Eminem has little left to prove. The rapper has faced more than a decade of controversy and scandals, and yet, has continued to deliver scores of hits, entertaining millions across the planet. His superiority cannot be doubted, supported solidly by facts. Declared the ‘King of Hip Hop’ by Rolling Stone magazine, the rapper was the best-selling artist of the past decade, having sold 32.2 million albums in the 2000s.

As his next album, The Marshall Mathers LP 2 approaches release, let’s have a look at some of the best songs ever from the greatest rapper of all time.

When I’m Gone has Eminem take us through his past as he battles to find a balance between his family and his career. The song highlights how his daughter Hailey yearns for his attention, and features a beautiful chorus where he tells us to ‘carry on’ when he’s gone.

Sixty thousand people, all jumping out their seat
The curtain closes, they’re throwing roses at my feet

Sing For the Moment has Eminem explaining his (and his fellow artists’) predicament at being thrust up as role models to the younger generation. The song covers Dream On by Aerosmith, and follows his and others’ life as they grow from children idolizing rappers to become ones themselves, bringing with that its own set of problems.

Dido teams up with Eminem to produce this classic tale of a devotion. Stan plays out as a set of messages from a diehard Eminem fan to his idol, only to grow depressed after he gets no response. Eminem’s response is the last part of the song, but by then it’s too late.

The only rap song in history to win an Oscar, Lose Yourself was the biggest hit of its time. The track featured in his semi-biographical movie – 8 Mile. Lose Yourself plays as a half-angry, half-lament tune with inspirational lyrics telling you to grab the opportunities you get. The song set a record – staying #1 on the Hot 100 billboard charts for 12 consecutive weeks (that’s 3 months), before the record was broken by a Britney Spears song. Interestingly, it was also the first wining song not performed at the Oscars as Eminem refused to sing the radio-friendly version.

In 2005, Eminem checked into rehab for dependence on sleep medication. Of the many songs that he wrote during this disturbing period, Beautiful was the only one that made it to his album – Relapse. Perhaps the only song of its kind from Eminem, Beautiful has the rapper look back at his life without any of the characteristic anger associated with him, giving it a sad, numb tone never heard before. Billboard went on to call the song ‘epic’, while Rolling Stone said it was a touching attempt at an inspirational ballad”. There can never be a better song. Period.

The music video of the song is based on the radio edit of the song – which is shorter by an entire verse. So we’ll skip that for now: