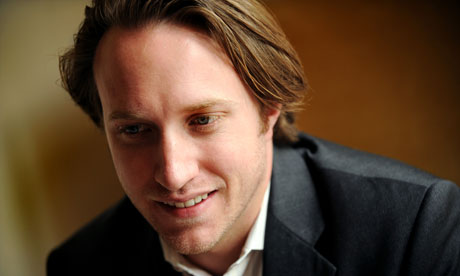 YouTube may have not only found, but bred its toughest competition yet. Better yet, the competition is the founder of YouTube; Chad Hurley plans to launch a video sharing site. YouTube has had its share of competitors like Vimeo or more privately owned companies in the likes of Hulu and Netflix. Although as you may or may not know, YouTube was sold to Google in light of the approaching competition. This is why you can sign into your YouTube and Gmail account simultaneously.

Google acquired their services just before Youtube’s Co-founder, Hurley, left the company in 2010. In Kevin Rose’s interview with Hurley at SXSW, he mentioned that he will be revealing the product next month; but he failed to go into depth about specifics.

According to AdWeek, he did say:

Primarily video-based and gives flexibility for people to work together and create content.

Hurley went on to speak about his intentions with the site. He said that he has no ill intentions directly towards YouTube and that this release isn’t a direct response to his former company; but he does give the sense that his product will be superior all around. Hurley emphasizes the distinction, and says that his service will cater more towards collaboration and group networking crowds.

YouTube started at the hands of Hurley and his partners Steve Chen and Jawed Karim. The company began in 2005 and grew to the popular video hosting site that everyone came to love. Google bought YouTube in 2006, which seems rather undercover looking back at it. Even the initial negotiation was low-key between Google and YouTube, the discussion of terms took place at a Denny’s restaurant. Yahoo was also in the running when Hurley and his partners were considering selling the video sharing service. Google did promise a dependable level of support, but as the buyout progressed into 2010, Hurley felt it was his time to leave.

What will begin from Hurley’s release? Yes, he has a different purpose, but he knows the ins and outs of how YouTube works. The thought of a site that hosts and shares videos for collaboration use is innovative, but as an audience we can’t help but think what will he take or leave from his former site. I guess we will have to wait and see. As this is an ongoing story we plan to keep you updated with any oncoming news as the story unfolds.