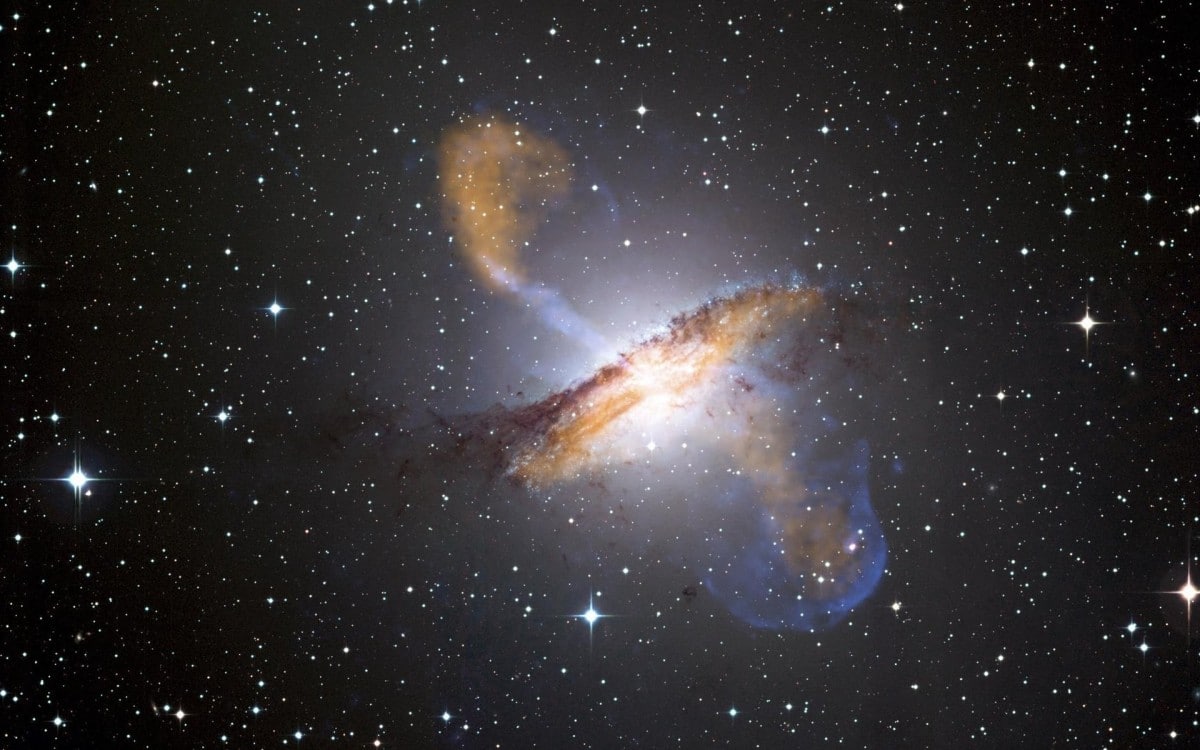 Yup, I’m back on this again.

Why? Because it blows my fricken mind, that’s why!

Over the past couple of years I’ve written a little more than a half-dozen articles on the subject but I assure you, it’s something I could write about rather frequently.

As it happens, it’s Sunday afternoon, I have some free time, and since I’ve had a couple of questions regarding the history of the Mandela Effect (ME), I figured I’d throw some pen to paper. So to speak.

Now, I do have to say that this article isn’t going to reveal anything earth-shattering regarding an answer to what causes the Mandela Effect — I have NO freakin idea.

Anyone that tells you they know the answer is either delusional, a liar, or just a hardheaded skeptic that can’t accept what’s in front of them.

Yeah, yeah, I know. “That’s the pot calling the kettle black” you say.

The evidence is overwhelming that the Mandela Effect is indeed real, it’s the cause and underlying definition that is up for debate.

For those newly introduced to the phenomena, the name is derived from a specific moment in the late 80’s that numerous people witnessed. Nelson Mandela, a great man that fought so hard for the rights of South Africans, was imprisoned and looking at years behind bars.

Now, we’re all very well aware that he was released from prison in the early 90’s and went on to become President, but that’s the problem many of us have. In late ’88 or possibly ’89, a great number of people watched his funeral on television.

In fact, that’s how I really learned about the man. The line of cars was enormous and the entire affair was elegant and attended by leaders from around the world. News reports were preempting scheduled shows in order to cover the event and discussing the possible forthcoming repercussions to the county.

But then it never happened.

He was released a couple of years later and I can vividly remember being confused as hell. The news reports were excited and expectations were immediately high for what his plans would be.

Having nothing to compare the event with, I naturally brushed it off as I must have misunderstood the whole funeral and the couple of hours I spent watching or half-listening to it as it played in the background. That’s what we do when we don’t understand something, we find a way to normalize or excuse the event.

Apparently a lot of us did that for this mystery because in 2010, a lady by the name of Fiona Broome was at a convention and within a conversation with a group of people, they discovered that they all held the exact same memory.

That’s where the term Mandela Effect comes from, but by no means does that mean that’s when it started. There’s convincing arguments that it has been going on for decades or even since the beginning of time, but Fiona’s discovery lead to the creation of her Mandela Effect website and the rest as they say, is history.

Her website visitors quickly discovered that not only did they have identical memories of Mr. Mandela’s death, there were dozens up dozens, if not hundreds, of things both big and small that people shared the same memory of.

The candy bar Kit Kat used to have a dash didn’t it? Nope, at least not according to the company’s history.

Remember The Berenstein Bears? How you had to stop and think about how to pronounce the name? All those hours spent reading to your kids or even reading them yourself, you know that name by heart, right? Well, it has “always been” The Berenstain Bears. Why the hell did you have trouble pronouncing that name? Pretty clear isn’t it?

The list goes on and on and on. Froot Loops seems to like to mess with people by flipping to Fruit Loops on occasion and there’s an even more aggravating aspect.

People tend to “discover” and/or witness these changes at different times.

While I observed the infamous Froot/Fruit/Froot flip-flop myself a little over 2 years ago, there are constantly people discovering the websites and subreddits due to encountering this freaky change firsthand in recent days.

Whereas Louie Anderson pulled a zombie and rose from the dead almost 3 years ago for me, there are tons of people that discover his resurrection every day. Many of us remember him falling victim to a “Family Feud” curse and dying from medical issues after both Ray Combs and Richard Dawson had passed away. So yeah, seeing him suddenly appear alive and well as the lead in Baskets was a bit of a shock.

In fact, chances are pretty good that someone reading this article right now is going to be shocked to find out about at least one of the events above. And that is seriously just the tip of the iceberg.

Someone thought they had the definitive answer and when you search for Mandela Effect, Wiki is edited to immediately show “False memory” and states that it is a “shared false memory phenomenon.”

Whenever humanity cannot explain a phenomena, we seem to resort to complete denial. These deniers and naysayers are quick to brush every single event off as “misremembering,” without ever considering any underlying facts.

People from various parts of the country and world, from age groups ranging the entire spectrum, raised in a variety of ways, and including just as many men as women, share the exact same memory of “non-events?”

So, WTH is the Mandela Effect?

Okay, I’m not so bullheaded as to say that it absolutely cannot be false memory. I know that our memories have proven to be shit and someday, probably after we’re dead, we may well find out that we had everything wrong the entire time.

However, I’m also openminded enough to know that the answer could be beyond our understanding. At least at this point.

In the grand scheme of things, it wasn’t that long ago that various aspects of science was considered heresy, witchcraft, or magic. Flying was once considered completely out of the realm of possible achievements for humanity and reaching the stars was the thing of pipe dreams and science fiction.

Breaking the sound barrier, splitting the atom, and particle accelerators were all considered impossible.

So… why are so many people afraid to admit that the Mandela Effect could be something completely undiscovered… or unexpected.

More and more people with all sorts of letters after their names are discussing the probability, not possibility, probability, that a multiverse exists. As stated in Forbes magazine earlier this year, “if you accept cosmic inflation and quantum physics,” then the Multiverse is a matter of fact.

Could these “worlds” be colliding all the time and, for whatever unknown reason, only certain people notice the changes?

Quantum entanglement, quantum immortality, and of course time travel are all theories that have been put forth as possible answers.

And let’s not forget the rather frightening possibility that this is a holographic universe. The University of Southhampton published an article a couple of years ago that put it pretty clearly with — “Theoretical physicists and astrophysicists, investigating irregularities in the cosmic microwave background (the ‘afterglow’ of the Big Bang), have found there is substantial evidence supporting a holographic explanation of the universe.”

Of course CERN has topped the list of possible suspects for years. Their experiments in Switzerland and the near-infamous Happy video only added fuel to the fire and it doesn’t help that a good portion of ME events happened to be discovered right around the time CERN fired up its experiments.

I know I’m forgetting other possible explanations that I’ve seen discussed over the past few years, but the point is — we have NO idea what is causing this mass remembering of alternative history.

The Lindbergh baby kidnapping isn’t a mystery anymore? The body was found and someone was executed for the crime.

Forrest Gump never said “Life is like a box of chocolates” even though advertisements everywhere still show that quote.

The Fruit of the Loom logo never had a cornucopia (horn of plenty).

Like I said, I’m openminded enough to understand that all of this could very well be the fallible human mind, but I really don’t see how that could be the definitive answer.

I would have sworn that Jif peanut butter used to have small jars called Jiffy but I also know that between Skippy peanut butter, Jiffy Pop popcorn, and Jiffy cornbread, I could indeed have conflated the names.

So I marked it off my list of changes.

What I don’t mark off are the ones I have strong anchor memories to. I watched that damn Mandela funeral. I saw the damn cereal box and all advertising change to Fruit Loops after knowing it all my life as Froot, only to see it suddenly flop back to Froot a short time later.

Sure, my first thought was that I was losing my effin mind. Who wouldn’t? But my wife saw it too. And then I found loads of people online that have experienced the exact same phenomena. But I was fully and completely drawn down the rabbit hole.

How could I not dig deeper?

Except there’s no answers to be found.

I’m betting that it’s more along the lines of one of the options mentioned earlier, colliding multiverses or something we simply don’t understand, as opposed to “mass misremembering,” but only time will tell.

If you’re new to the whole ME world… welcome. You’re not alone.

However, I do advise that you take it slow. There can be a lot to digest and it can be a bit overwhelming if you are Effected by multiple MEs.

My next article on the subject is going to cover an area that has truly puzzled and freaked me out more than just a little — changes to the Bible.

If you’re not familiar with what Mandela has done to the Good book and you grew up learning certain passages and verses, you’ll want to follow us on Twitter to be alerted as soon as this one comes out.

To critics… all I say is try to be more observant in your life. Stop and smell the roses so to speak, but check the color again in a few days, you may well find that it completely changed or that there “never were” any “roses” there to begin with.