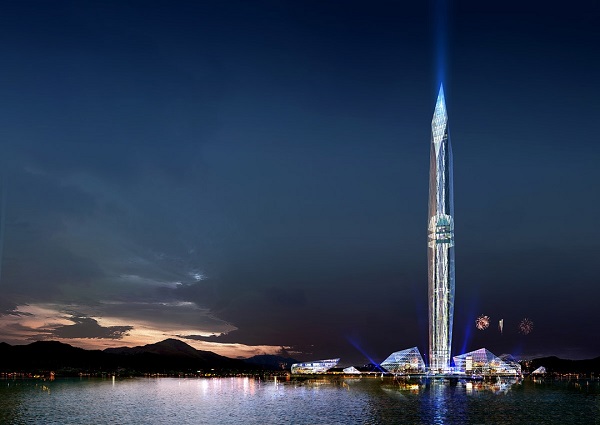 At 450 meters, it’s not the tallest building in the world. But South Korea is making it special in itself. Called the Tower Infinity, the skyscraper is going to come up near Seoul, South Korea – and it’s going to be ‘invisible’.

Architectural firm GDS Architects recently announced approval of its permits for building Tower Infinity near the Incheon Airport, situated on the outskirts of Seoul, the capital of South Korea.

Tower Infinity’s USP is its ability to go invisible.

But how, you ask? How do you render something invisible, especially something as large as a 450 meter skyscraper, of all things?

Thank science. Tower Infinity will be loaded with LED camera and projectors. As part of an elaborate system, these camera will take images of the surroundings of the building from their point of sight. These images will then be scaled appropriately, and merged together in real-time to form a panoramic image. This image will be pushed onto the building itself, using the projectors. The result? Camouflage.

GDS Architects has released a series of images depicting the technology that will help render the Tower Infinity visible. On the left you can see 3 cameras providing 3 images of a set location from different heights. Upon merging, these images will then be displayed over the glass construction. 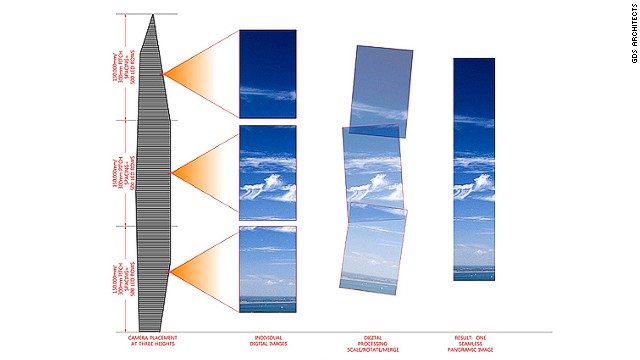 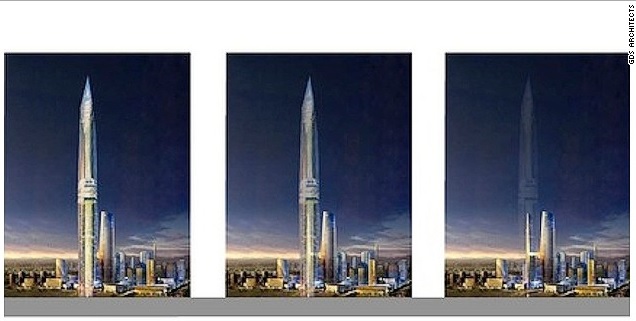 Another image depicts the tower in 3 different states. The first one on the left has the Tower Infinity with the LED system turned off. The next image in the center depicts the Tower Infinty with its LED system functioning at 30% efficiency. The final image on the right shows how the tower will look to us when the system is working at 100% efficiency.

Of course, for the Tower Infinity to be rendered invisible, you’ll have to be within a limited range of distance. Other factors such as angle, position, and sunlight will also play a major role on how you see the building. All of this essentially means it will not always be invisible. In fact, most of the time, everyone will get to see it. Nothing wrong with that though – Tower Infinity does seem appealing to the eye.

The project is being supported by the Korea Land & Housing Corporation, a state-owned corporation. Although there is no official completion date for the project, GDS Architects says the construction should be complete sometime in 2014.

The idea of the tower was first seeded when GDS won Korea Land Housing’s National Design Competition in 2011. Additionally, GDS Architects won the original International Idea Competition in December of 2008, making the company in charge of the project.

“Instead of symbolizing prominence as another of the world’s tallest and best towers, our solution aims  to provide the World’s first invisible tower.. while encouraging a more Global narrative in the process. We are elated that the many years of design, testing and coordination have led us to that all important step of beginning the building process. We look forward to providing Korea and the World with a completely new model for what it means to be an observation tower.” – Charles Wee

Upon completion, the 450 meter tall Tower Infinity will be the 6th highest tower in the world. It will also have the world’s 3rd highest observation deck. The tower is going to primarily host leisure activities, facilitated by the inclusion of movie theater, a roller coaster, and even a water park.