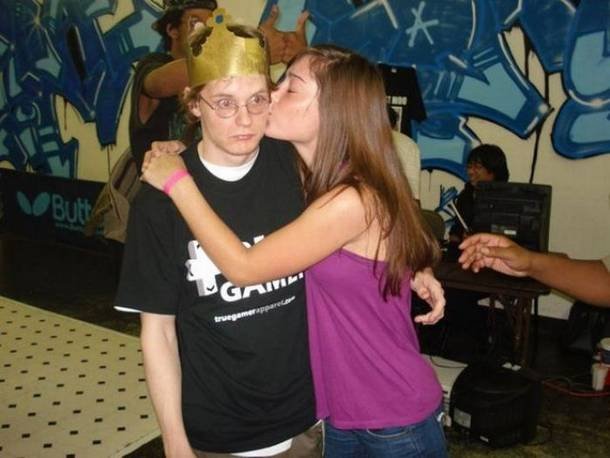 My girlfriend is an outdoors person. She’s an adept tree-climber, in her life she has ridden everything from horses to tractors everywhere from Zimbabwe to Washington DC. I, on the other hand, spent my formative teenage years streaming Battlestar Galactica. When we started dating almost three years ago, two things were likely to happen: 1) Her parents would be thrilled, 2) She was going to have to watch some nerdy crap.

Geek-wise, she was a blank canvas, and by introducing her to all of the stuff I loved, I got a fresh perspective, an outside opinion. The other day I talked to her about what she thought of some of my cherished shows.

What was the first thing I made you watch?
I think it was Jurassic Park. I hadn’t seen it because I had been told by my sister that it was the scariest thing ever when I was young. So I just grew up never experiencing it. Plus, when did that come out? 1992?

What did you think? It’s my favourite film, so tread carefully.
It’s alright. I think it wasn’t as good as everyone said. The dinosaurs look amazing for the era, but, as a story, the whole thing struck me as a bit “meh” if it came out now. Plus, there’s some stuff that really bothered me.

Like what?
Well, when the T-Rex is like, a mile away, the pools of water are shaking from the tremors of it’s footsteps, so when it finally gets up close wouldn’t just people fall down, and cars flip over and stuff? It would be an earthquake. 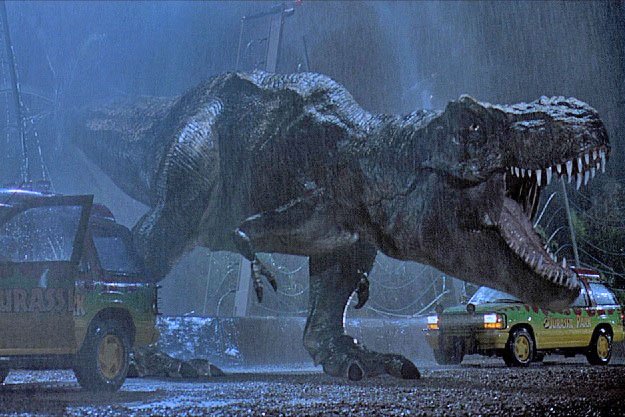 I never really thought of that. But the other day I was like, “Who brings a full glass of water in a car?”

Steven Spielberg?
Richard Attenborough. He made the park, right? Why did he breed meat-eating dinosaurs? Firstly, that’s super dangerous, and also you can’t even see the velociraptors. They have to keep them in a highly secure box.

Or why not just breed them two feet high, and with no teeth?

Do you reckon my nostalgia makes me overlook its faults?

Yeah, it was ground-breaking for it’s time. I can absolutely see that. The trouble is I didn’t watch it at a time when it was magical and new, so I see all the cracks and goofs.

Plus you’re older and more cynical.

Sure. Also Jeff Goldblum gets injured and for some reason he is just reclining in an open shirt for the rest of the movie.

Moving swiftly on, I also made you watch Star Wars.

Oh, those were boring.

No, the original ones. [We had an abortive attempt to watch Episodes I-III, and we both failed]

Oh okay. Again, I can see why it was so popular at the time. I’m not really a space-person, I prefer fantasy if I had to choose.

Yeah, but outside of it’s original context, it’s not as good as people say. If anything, it’s massively over-hyped, because it’s Star Wars.

I think I have to agree

Culturally, it’s insanely important. And I guess it’s influenced a lot of stuff, I mean, even I have a Star Wars t-shirt. But on their own, in this day and age, I don’t think the movies are of great quality, but there’s a pressure inside your geek subculture to say they’re the best things ever, because that’s what you’ve been told. Also, the hairstyles make it so dated. Good special effects though.

I appreciate that you think I’m accepted in geek subculture

Finally, the last thing I made you watch was Firefly.

Okay, so you had that poster of the crew on your wall for a year, and I couldn’t figure out what it was about. There was no title on it, no pictures of space, not even of the ship.

It was more of an insider poster. I remember I made you watch the series in the “proper” order [with the unpopular pilot episode Serenity, first]

Yeah, that was a weird one. I didn’t really get what was going on at first, and when it started with a big space battle I was like “Oh God this is lame”. But I came around to it.

Yeah, it’s a show with a lot of heart.

I loved the characters, I thought it was great. I really thought Kayleigh and Mal were a couple though, after she kisses him on the cheek right at the beginning. I spent the whole series annoyed that they weren’t, and that Simon was being set up with her.

I remember, it kind of distracted you

They would have been a good couple! I think it’s a great show, no aliens, not too much space, I mean at times it didn’t even matter that they were on a spaceship. It just felt real, and it was well-written.

You know it was made by the same guy who did Buffy. 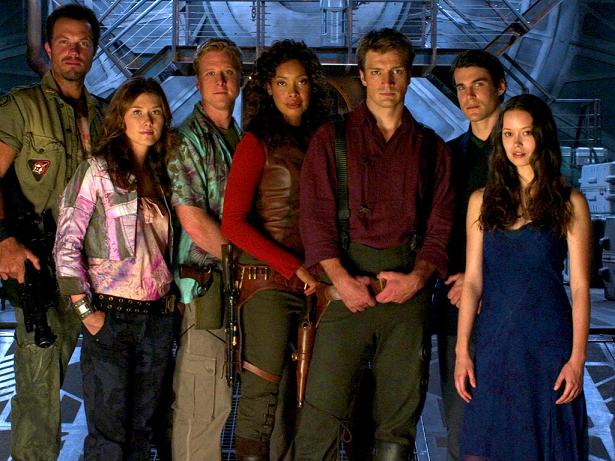 Talking about some of my favourite movies with someone who had never watched them was weird. It made me realise that my tastes are not only a product of my own nostalgia, but also of the nostalgia of generations before me. I was a baby when Jurassic Park came out, and it took me a while to latch on to it. In truth, while JP is my favourite, it’s also crushingly ridiculous at times.

But that’s okay.It’s so important to be discerning in what you choose to view, and how you choose to enjoy it, we need to innovate geek-hood, and appreciate the milestones (Star Wars etc.), without getting hung up on them in the tumbleweed of another persons nostalgia. Game of Thrones has already broken down barriers (my girlfriend loves it more than I do), as have the Marvel movies; so let’s keep going in that direction.

A Primer on the Cornetto Trilogy Films