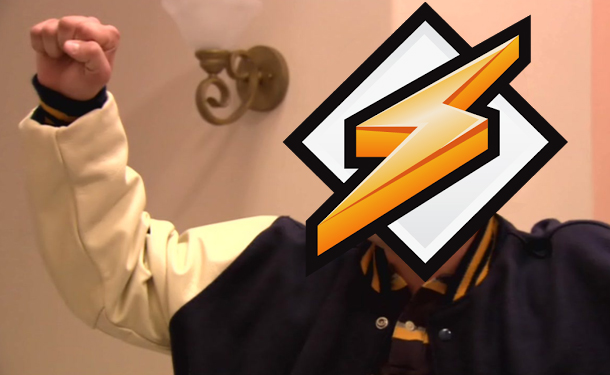 Radionomy—a sizeable digital broadcast network from Belgium—has completed its purchase of Winamp and Shoutcast, which means the time has come to wrap up my Winamp-related textual tour de force. After all, every up-and-down back-from-the-brink story deserves a solid trilogy. As world-renowned chemist Walter White once taught us, there’s something wonderful about the sequence of growth, then decay, then transformation. You may recall how Luke Skywalker developed mystical powers, then lost a hand, then opted against becoming an evil magician. From a boom to a slump to a rebirth, Winamp has had an interesting journey. Let’s get down to the details, folks.

Radionomy and Winamp: The Perfect Fit

Winonomy? Winadiampomy? It’s times like this when my compulsion to blend product and company names winds up making me look like a fool, but lexical playfulness aside, this deal makes a lot of sense as the players involved are similar in many ways. Radionomy is a platform for producing and distributing digital radio stations with “more than 6,000 internet radio stations and over 40 million listening hours/month” according to CrunchBase’s profile. Shoutcast, meanwhile, has been in the online radio game for a long time, and was a big player from the outset.

Consider what this means for business. Shoutcast currently lists 50,000 stations, and will accordingly boost Radionomy’s reach enormously. Buying Nullsoft, then, gives Radionomy easy and widespread publicity, massively increases their audience, and provides them with vastly expanded advertising opportunities for their TargetSpot advertising network, all in one fell swoop.

There are also various benefits beyond the numerical advantages conferred by merging substantial user bases. TechCrunch spoke to Radionomy’s head honcho, Alexandre Saboundjian, and he had some positive things to say about Winamp’s continued viability:

He says it was “really interesting” to see how many people are still using a product that has virtually been left to seed by AOL. Every month there are still some 3 million downloads of the software. “Yes, perhaps there has been no special innovation in the last two years, but it is still a very strong community and still appreciated by those users,” he says.

I wrote a little on how poorly Winamp as a product suited AOL as a parent company, so it’s nice that there are very encouraging signs here. We won’t know for sure until we see how things develop, but I have a good feeling about the situation, certainly better than I would have had with Microsoft in charge, though that would have been a fun story to follow. Sadly, the Winamp/Zune crossover product of which I dreamed will not come to pass.

Not only is Winamp sticking around, it’s also set for fresh progress, with new apps being produced for iOS and Android. I don’t use my phone to play songs—sticking with my trusty Cowon J3 for anything musical—so it won’t matter too much to me, but for the sake of the brand, I hope they work well. That said, it’s a little disconcerting to think that in the not-too-distant future the name Winamp might be primarily associated with youths and their smartyphograph devices and confusing nu metal grindcore skank flubstep music. Not like back in my day, when things were good, Winamp was for keyboard warriors, and at least 90% of tracks were inaccurately labelled as being by They Might Be Giants, seemingly believed to be the most prolific band in history.

On the topic of where Winamp began, I don’t know what they plan to do with the Windows version, if anything. If they wish to tinker with it, I only hope that they find a way to add features without changing the core I’ve come to depend on so greatly. If they don’t, it won’t be a big problem; I’ve gone without updating Winamp for well over a year before. It’s a finished product, for all practical purposes. I certainly don’t recall experiencing any bugs. I think they should give it a graphical overhaul but leave it alone functionality-wise. Why mess with perfection?

Putting the ‘Win’ Back In Winamp

I picked this sub-heading over “Winamp: Once and Future Champ?” It was a tough decision and I anguished over it for at least fifteen seconds. At least. Now, though, there’s nothing but satisfaction. Victory is ours, everyone! Someone punch iTunes solidly in the sternum for the smug grin it gave us when the night seemed bleakest. Maybe now the world knows what to expect when it tries to rob the online hive mind of beloved software. Just please, please, don’t let this lead to a Kickstarter-style revival fest of dredging up the past… unless someone suggests a new version of Explorapedia, obviously, in which case I would be emphatically in favor. Explorapedia was the absolute best.

Snapseed: Easily The Best Photo Editing App On The Market

House of Cards Season Two: Welcome Back to the Madness