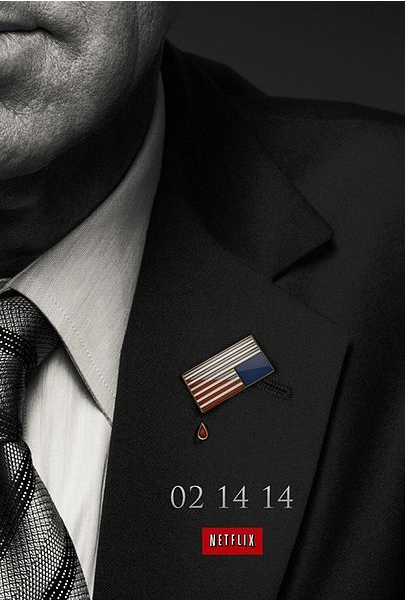 If you were to combine the political intrigue of The West Wing and the passionate corruption of All the King’s Men, what do you think you would get? Netflix got its original series House of Cards and has not looked back from its resounding success. The entire first season of House of Cards was released on February 1st, 2013 and viewers have waited anxiously for its return. And who could blame them? There’s something oddly seductive about the darkness of politics, and this depiction of it is no exception. If The West Wing represents Americans’ hope for and faith in their government, House of Cards represents their cynicism. Netflix will release the second season of the series on February 14th. Good thing, too; I could not abide waiting much longer. 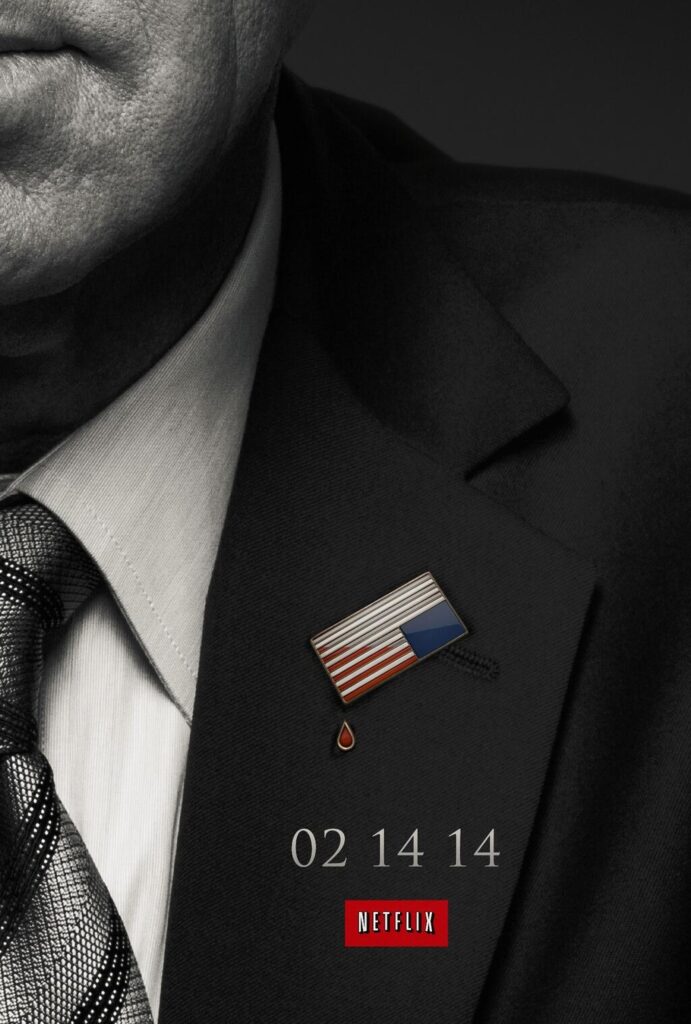 For those poor unfortunate souls who haven’t yet seen it, House of Cards is a spinoff of a British television show of the same name. The American show stars Kevin Spacey as  Francis “Frank” Underwood of South Carolina’s 5th congressional district. Using his power and influence as majority whip, his wife Claire’s (Robin Wright) nonprofit organization, and his connections to the press, Underwood does everything and anything he possibly can to achieve his goals. No one is irreplaceable, and there are no limits to what the congressman and his wife are willing to do for themselves.

Where The West Wing idealizes American politics and shows leaders in a positive light despite difficult situations, House of Cards has a habit of displaying the unrelenting darkness of politics. When combined with human vices, politics is shown to bring about the worst in everyone, regardless of occupation. For all of that, it must be admitted that it is impossible to resist the frank seduction of the reality of human nature.

Season two will feature the consequences of Frank’s ascent from Congressman to Vice President. Having obtained the desired position, he must now do all that he can to maintain his legitimacy. Old sins will come to light, particularly the murder of Frank’s fellow Congressman Peter Russo. Friends will become enemies and limits will be tested, and through it all Frank will remain a pillar of patience, cunning, and ruthlessness.