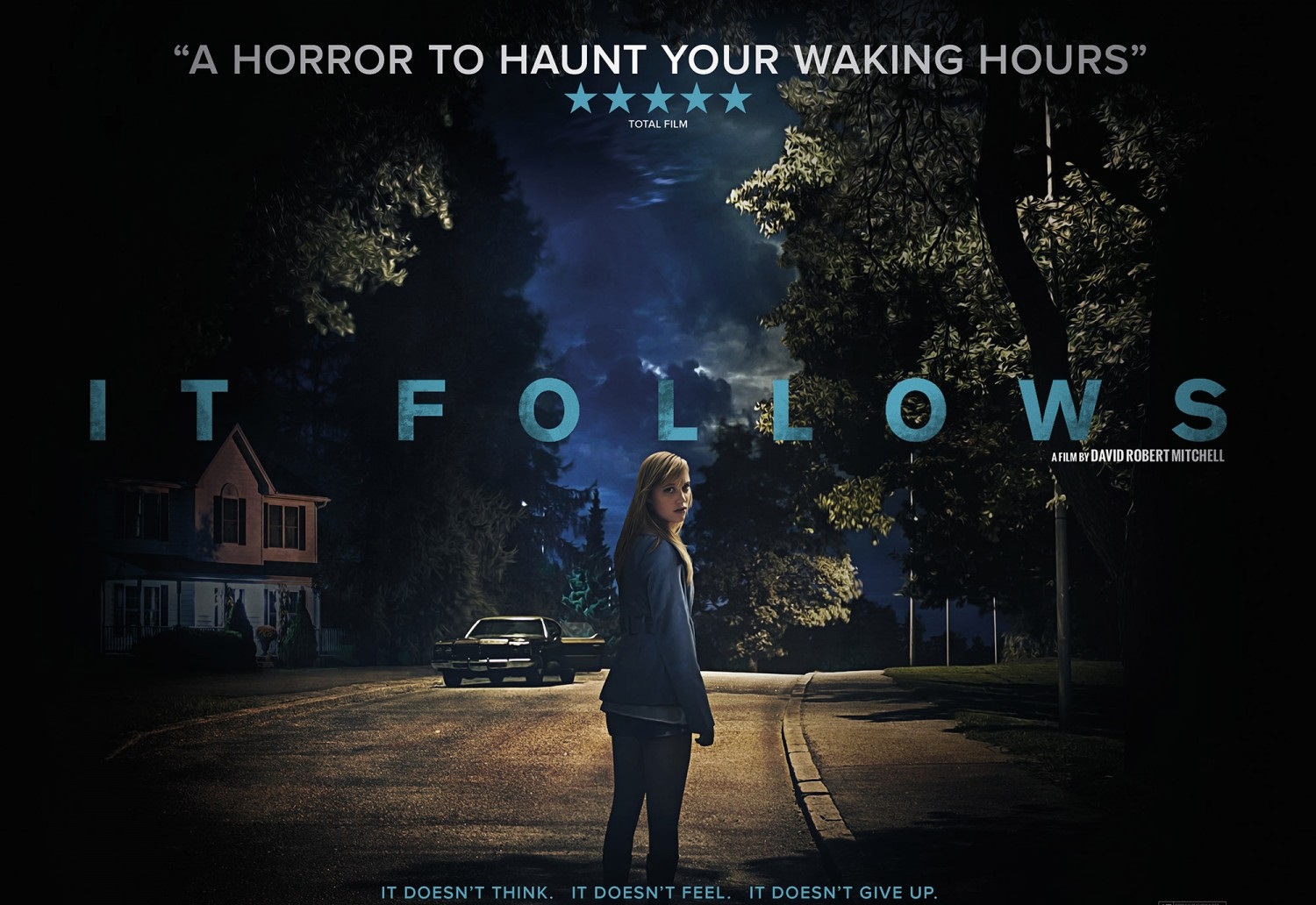 It Follows has been out for a while now, but for some reason it has stuck with me.

Maybe it’s all the little tricks. The weird clam compact e-reader or the way multiple decades are all mashed together in continuous scenes. Your eye doesn’t realize it, not technically. It leaves you with an eerie feeling. But I don’t think the scenery or the technology is the only thing that gives off creepy and confusing vibes. There is something else.

It’s not so much a warning about STDs. It’s not the idea that girls should not be sexually active, or shamed for it. It’s a deeper existential meaning. It’s saying everyone has sex. Everyone is alive. Everyone will eventually die.
Bleak, but then it makes you wonder about the other cliché movies. Were they saying you will pay for your sins or that everyone sins?