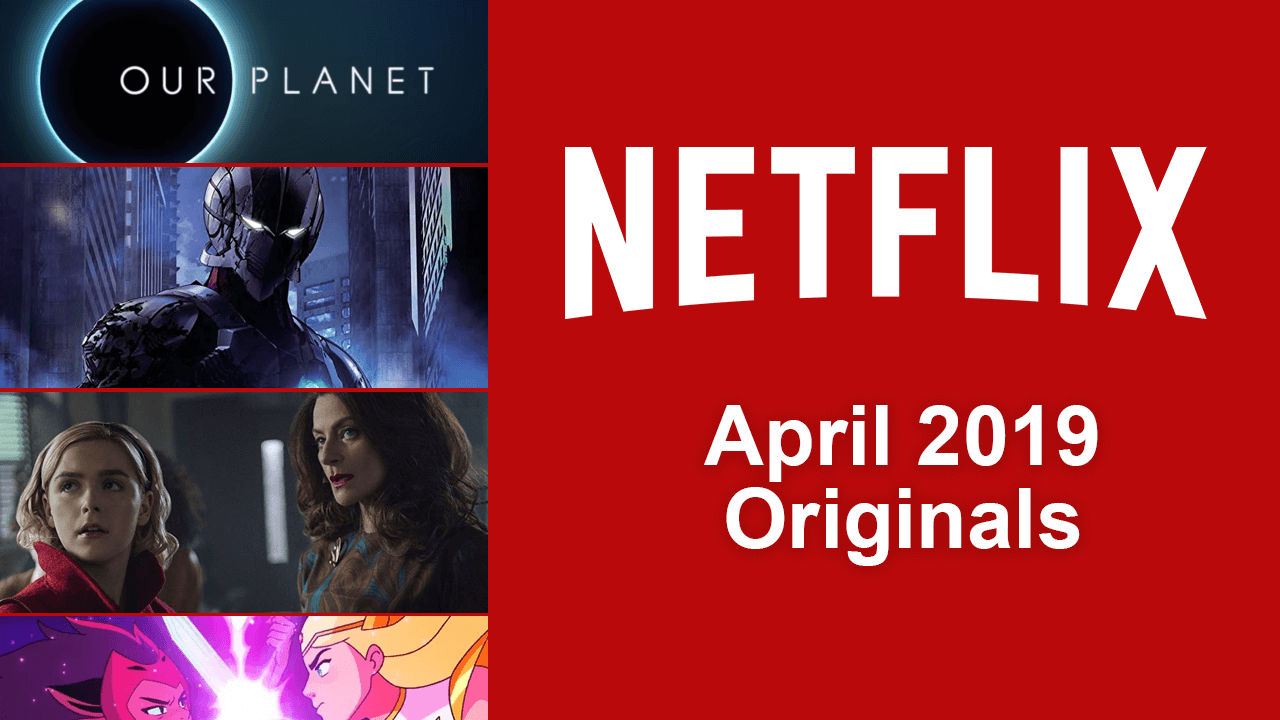 Ah! Everyone, take a deep breath. April is here, and with that, we are one step closer to summer. Netflix’s April catalog promises lots of exciting content. Material that will leave you howling with laughter, gripped with tension or simply riveted. Here’s all the things we’re looking forward to in the coming month, as well as the titles we’re sad to see go.  Enjoy those April showers with your ‘ol buddy Netflix.

Unicorn Store is Brie Larson’s (Captain Marvel) directorial debut. It’s a film about a struggling millennial artist (played by Larson) who takes an office job after dropping out of art school. Samuel L. Jackson stars as The Salesman, a man who promises to show Larson’s artist a place called “The Store” where she can purchase a unicorn. While the premise alone is worth checking out, the cast is STACKED. Bradley Whitford (Get Out), Joan Cusack (Toy Story series), and Karan Soni (Deadpool 2) join Jackson and Larson.  Filled with millennial angst and pure emotion, Unicorn Store proves that people of all ages need a little bit of magic. Watch it April 5.

Brene Brown’s stance on vulnerability and standing up to guilt, shame, and fear are integral in the process of growing up. Brene’s TED talk still stands out in my mind years later. She’s been sculpting some really compelling advice for years on how to live our fullest lives, but isn’t afraid to ask us to get into the scary bits of it all. Her goal is to get the absolute best out of everyone. When I saw she was getting her own Netflix special, it was pure ecstasy. Do yourself a favor and check out her special on April 19. It’ll get you through the tail end of those winter blues.

Snatch doesn’t really need much of a sell. Its cast is flawless. Brad Pitt, Jason Statham, and Benicio del Toro appear, to name a few. It’s a heist movie with lots of moving parts.  Snatch bursts at the seams with humor as most characters are bumbling fools equipped with too many firearms. An action fan’s action movie with enough nuanced, amazing flourishes to keep the film buffs entertained. Guy Ritchie directs, known for other movies like Lock, Stock and Two Smoking Barrels, the upcoming Aladdin live-action reboot and RocknRolla. Watch it immediately on April 1.

Billy Madison is good old Adam Sandler fun. From his glory age of nineties movies, this is one of the standouts. Sandler plays his typical man-child role, but in this movie he’s trying to get ahold of his father’s fortune. In order to do so, he has to repeat grades 1-12. You can imagine what happens next! Bridgette Wilson-Sampras, Bradley Whitford, and Darren McGavin costar. Be prepared for a bellyful of laughter when you watch this one. Billy leaves Netflix April 1.

Bradley Cooper plays a man with bipolar disorder in this one. He stars with Jennifer Lawrence, who plays a widow suffering from depression. Both play to their zanier, more emotive strengths in this one, backed up by strong performances from Jackie Weaver and Robert De Niro. It received eight Academy Award Nominations, and Jennifer Lawrence won for Best Actress. In the film, Cooper and Lawrence form a bond through dancing in order to help them examine and cope with their mental problems. The core of the movie is intensity, and many scenes are often sudden, heartbreaking and compelling. Chris Tucker even shows up. Watch it before it leaves Netflix April 18.

Clone Wars has been a longstanding fan favorite, and for good reason. The animation is top-notch, the voice acting stellar and the storylines remain intriguing and engaging to an all ages viewer base. Star Wars Episode II opened a lot of room for lore-building which Clone Wars expands upon. Many Star Wars character favorites who previously only got minutes (at best) of screen time, are now able to develop and grow. The show has seen the likes of Genndy Tartakovsky (Samurai Jack) and Paul Dini (Batman: The Animated Series, legendary) helming various duties for the series. Hence, its got some serious street cred. While I’m not saying it’s impossible to watch it all before it light-speed warps on April 7, it’s going to take some harnessing of the force to do so.

As always, thanks from the whole Geek Insider Crew for taking the time to read this article. Our goal is to keep the masses informed on what to watch and when to watch it, as it seems like we have a whole calendar dedicated to TV releases in this day and age. To a fault, this is the golden age of TV. There’s so much of it and the landscape of streaming platforms is changing. Netflix is becoming increasingly more oriented to original content, much like major cable platforms and companies like HBO.

With that said, we are doing all that’s possible to sift through all the grime and digital clutter to share what we believe to be the strongest shows to premiere on the Netflix platform. Please enjoy your April and take advantage of the rainy days to watch a new show and entertain your brain. Until next time, we’ll be binge-watching the new season of She-Ra as well as the fresh take on Ultraman!

Understanding The Difference Between Expired Domains and PBN Domains

‘What We Do in the Shadows’ Begins a Promising, Bizarre TV Re-Birth

Bring Your Business To The Next Level By...

Why Outsourcing Sales Will Endow Your Business With...

How Can I Increase My Chances Of Getting...