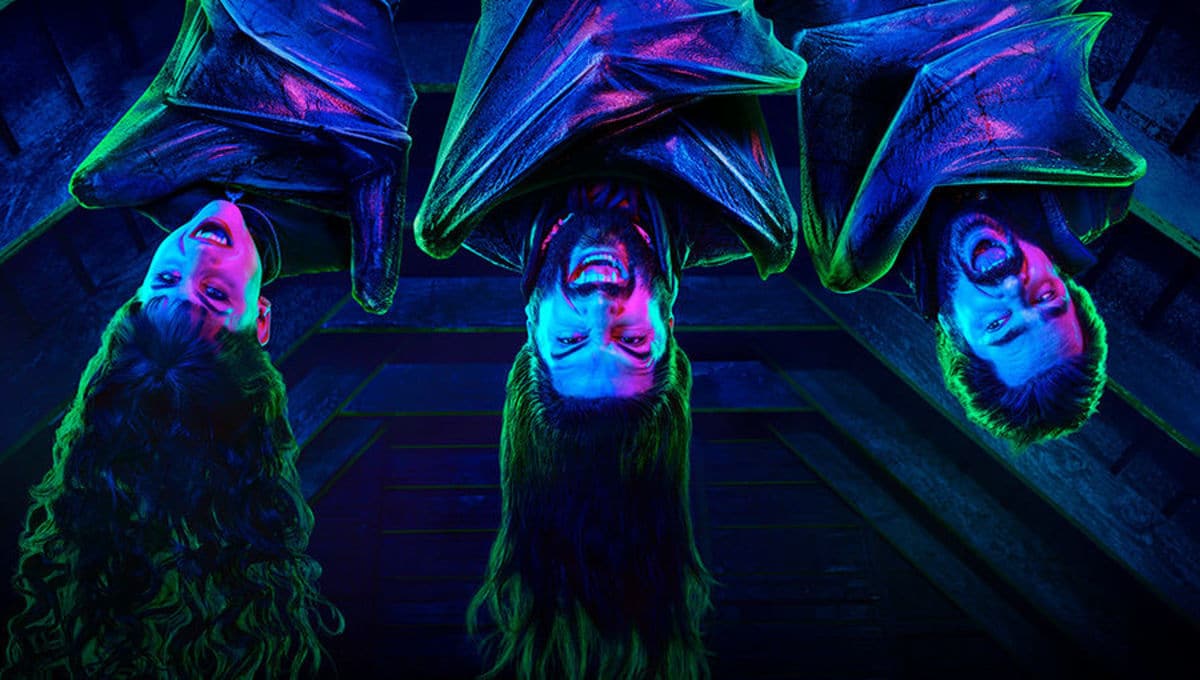 To turn any beloved cult property – a book, a movie, a video game – into a tv show is an act that falls squarely between needlessly risky and wildly arrogant. There is so much that can go wrong. You are already assuming the participation of fans who are traditionally more militant than most, and additionally, pre-supposing that the idea, having reached completion in it’s former life, will prosper given an increased run-time and room to breathe.

So I was leery going into What We Do in the Shadows – I am, perhaps, more open to change than a lot of nerd enthusiasts, but at the end of the day, my metaphorical glasses have as much symbolic tape on their hypothetical bridge as the next dweebs, and I can be precious as hell about the things I love. And I loved the movie. But rejoice! If the pilot is any indicator, What We Do in the Shadows has tapped into the exact vein (I’ll show myself out…) the movie mined so richly. It is funny, weird, peculiarly sweet, and entirely idiosyncratic.

Like the movie, the show exists as a documentary about the life of three traditional vampires – “traditional” here meaning “of the blood sucking variety,” a distinction that’s necessity will become apparent in just a handful more words – and one “psychic vampire,” Colin Robinson, who feeds off of others energy by basically being the most indefatigably boring man in the world. Our three main vamps are: Nandor, the Vlad the Impaler stand-in who is very polite, very formal, and relatively adorable, Laszlo who is Matt Berry so obviously my favorite and his wife, Nadjia, who mostly seems kind of wrung out with the alpha male vampire nonsense. They live with Nandor’s familiar, Guillermo, a very sweet human who LARPs and desperately wants to be a vampire.

The series begins just as Guillermo is preparing to celebrate his tenth anniversary of serving as Nandor’s familiar (to be a familiar in this universe basically means to Renfield; do the dirty work, get the virgins, shut the drapes, etcetera) and as a letter arrives from the Baron announcing his intention to visit – an ancient Nosferatu type that both Nadjia and Laszlo have had affairs with.

While Nandor is prepping for the Baron’s arrival by buying glitter and crepe paper (which he adorably refers to as “creepy paper”), Nadjia is stalking a ginger human named Jeff, who resembles her long deceased lover, Gregor, and Guillermo is rounding up som LARP virgins for the blood feast to be held in the Baron’s honor. Of course, dramatic tension does not arise out of things going as planned, so when the Baron finally makes his appearance -looking fantastically like the bat version of Gary Oldman’s Dracula, if you can follow that many qualifiers – he’s pretty pissed about the way things have been handled on Staten Island. He declares that things are going to change but first he needs to take a nap. And that’s pretty much the episode.

And it works! Dependent of course on your sense of humor – possibly the two most subjective things in the universe are what makes us laugh and what makes us afraid. What We Do in the Shadows plays with the humor of culture shock for certain – when Nadjia and Laszlo “dress down” they are wearing layers of lace and frills, and Nandor doesn’t understand why it is unacceptable to pay a cashier simply by flicking outdated currency at him. Of course if you wanted to get truly nit-picky, you could question how it is that they’ve been vamp-ing around for all these years and have, in no way, evolved with the times or developed any kind of handle on the modern world outside of them. But then you would be kind of a turd, because it’s a show about vampires, so, you know…suspend your damn disbelief.

There is also a fundamental humor – one I could not explain, given infinite words – in the disconnect between the viciousness of a vampire life, and the very sweet nature of Nandor. He is extremely enthusiastic, if a little bogged down by commitment to following rules. His concern about everyone finishing their own humans blood for hygiene reasons manages to be both fussy and gross, so a pretty perfect balance. I am of the school that Matt Berry existing is hilarious, so see again: comedy is subjective. He may not bring that level of joy to everyone who sees him, but his affected pronunciations and fussy demeanor just charm the pants off of me.

Finally, and not that this will be a determining factor in anyone’s decision to watch this show, but there is pretty clearly some money going into it. The production values are great. The house the vampires share looks wonderful – dilapidated in all the right places  and the makeup is on point. The Baron is truly a pretty hideous creature.

If the show can maintain this level of bizarre humor and world building, it’s going to be an excellent first season. For my last vampire joke of the day (though certainly not the season; I can not make that promise to you and I would hate to lie) won’t you join me? (Because vampires need to be invited in…get it? Jokes are better when you explain them). Let’s go!