Home Featured Was 1989 a Pivotal Year for the Mandela Effect?
FeaturedEntertainmentGeek Life

Was 1989 a Pivotal Year for the Mandela Effect? 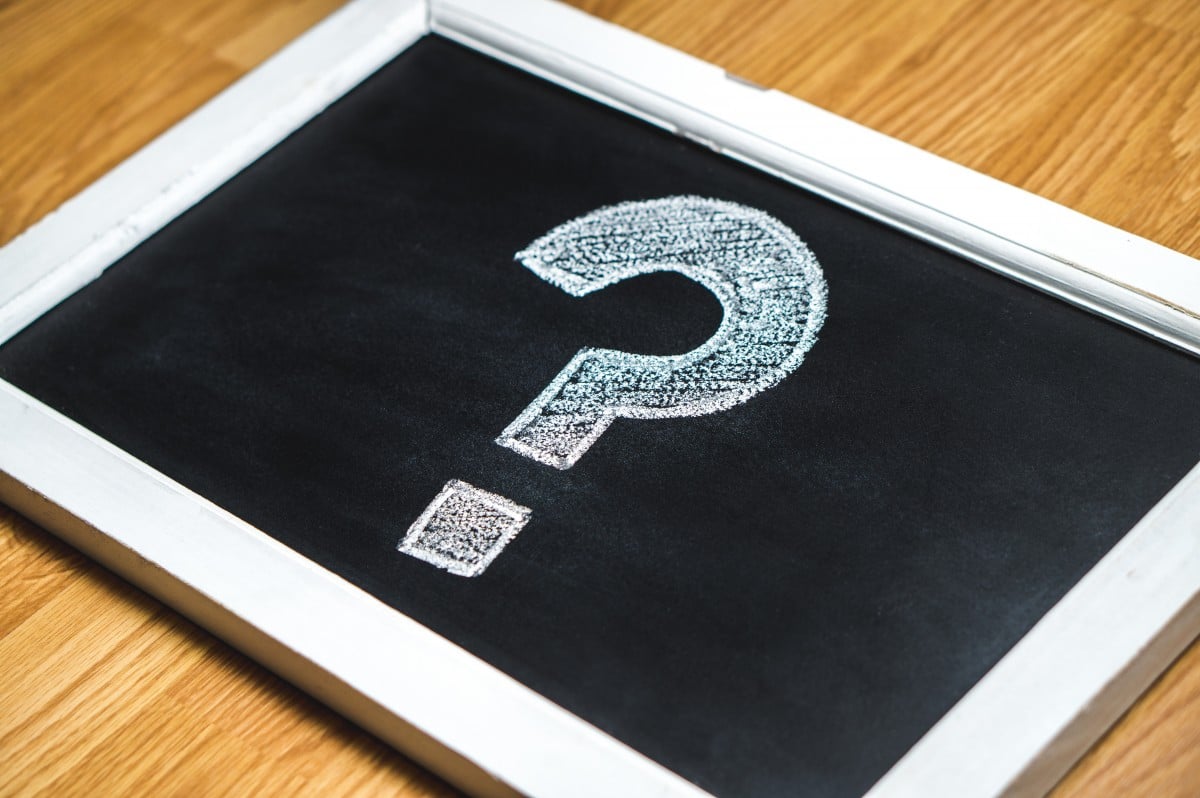 If you’ve read my past spins on the Mandela Effect, including changes to the Bible and popular things from my childhood, then you know that I am, what I consider, extremely “Effected.” However, one thing you should keep in mind is that I do take extreme caution before I classify a Mandela Effect (ME) as a “legit” one for me.

While I do remember Jiffy peanut butter, I’m willing to concede the fact that I may have conflated the name with that of Jiffy cornbread, Jiffy Pop popcorn, and Skippy peanut butter. With many of the song changes, I’m willing to admit that I may have just heard it wrong all along (though the “I saw him ‘dancing’ there at the record machine” still blows my mind). With Kit-Kat, I can see how the cross of the final t in Kit may have looked like a dash to my young and sugar-infused mind.

But there are some that I just cannot explain away and upon considering them for quite some time, I found a strange connection that I wanted to point out that poses the question — was 1989 a pivotal year for the Mandela Effect?

When apartheid was ongoing and Nelson Mandela was imprisoned, I was in High School and as such, I didn’t pay much attention to it all. Back then, world events didn’t seem to be “my problem,” so of course I didn’t bother to listen to much of what was going on.

However, I have the distinct memory of being in my parent’s living room and seeing his funeral on television in 1989. Why? Because it was a huge event.

The reports were clear. He’d died prison and the line of limousines stretched on and on and, being a little older and my first child on the way, I tuned in to see what was going on.

It was a sad occasion of course. I vividly recall the newscasters wondering out loud how this would affect politics in South Africa. His name and face stuck with me. It sounded like he would have made a difference in the world.

Then, a few years later, I was completely flabbergasted when he was released from prison. I’d experienced a few unexplainable events in my life, but nothing like this. How the hell could this be? The only reason I really knew the man’s name was because of the big funeral.

After a short period of confusion, I did what any good human does. I blew it off as I must have misremembered until a few decades later when Fiona Broome brought so many of our worlds crashing down.

As it stands now, 1989 was still a huge year for South Africa as violence in black townships worsened, with over 2,500 killed, and the new Prime Minister, F.W. de Klerk, started dismantling apartheid.

No, I’m not saying that Mandela’s non-death and the subsequent naming of the event after him means that 1989 is a pivotal year. There’s another event that was witnessed by thousands, if not millions, of people around the world that year.

You probably saw him mentioned a good bit this past June as it marked the 30th anniversary. This was a major event out of China that had millions upon millions of eyes watching and yet somehow, many remember events a good bit differently from how history actually recalls it now.

On the night of June 4, 1989, the Chinese military used force to suppress the Tiananmen Square protests. The following morning, as a column of tanks were leaving the Square, an unidentified Chinese man stood in front of the lead tank, blocking the path.

As the driver attempted to move around him, he quickly moved to block it again. Back and forth he went until finally, he laid down in front of the tank and the driver ran him over. It was not a pretty sight.

The tape was smuggled out and the world watched as he defiantly thwarted the tank’s attempts to maneuver around him. The newscasters gave warnings for parents that they may not want their children to watch as the unknown man that was standing for freedom and the rights of his fellow countrymen, was murdered “live” on tv.

He became an international symbol for the tyranny and brutality of the Chinese government. Proof that Communism was indeed as bad as we’d been told all our lives.

Except now it didn’t happen. At least not that way.

Sure, he still stands in front of the tank and blocks their way, but another unknown person comes up and drags him out of the way. Internationally, his defiant move of standing in front of it, shopping bags at his sides, is considered one of the most iconic images of all time.

But why do so many of us remember him being run over?

And I mean vivid memories!

How could so many of us totally get it wrong?

This isn’t some obscure historical event that we simply read about in passing or glanced at on the news only to recall the events incorrect later. No, this was a shocking moment in world history that, for those that remember his bloody end, was reminiscent of the horrors we’d heard about from WWII.

But, for me at least, the strange events of 1989 didn’t end there either.

Aside from Mandela’s non-expiration and Tank Man getting smushed only to be reconstituted a few years later, there were actually quite a few major events around the world that year.

However, there was another huge event that year. In March, a scientist working at CERN named Tim Berners-Lee submitted a proposal to develop a new way of sharing information over the internet. Which would become the World Wide Web, or WWW, protocol and in 1993, CERN released the World Wide Web software to the public domain.

The birth year of the internet as we know it. The tool that brought so many of us together and opened millions of eyes to the Mandela Effect as a whole.

And of course, we can’t forget the infamous Mandela Effect-esque CERN ‘Happy’ video.

It was also a rather eventful year for myself.

I came home early from bootcamp (long story), met my first wife, and had my first daughter. However, an incident shortly after I returned home was so weird, I’ve thought of it often but never really considered the “glitch in the matrix” or personal ME aspect until recently.

A buddy of mine and my future wife decided to rent a video and stopped into a store that I’d never been into. I can’t say for certain, but I’m not even sure if it was open before I left for bootcamp. However, what I do know is that I had zero memory of ever renting from there.

We were looking around and I noticed the clerk checking us out, but I didn’t think anything about it. Next thing I know, she comes up to us and ask me “is your name Matthew Harris?”

I acknowledged my name and she proceeded to tell me that I had movies I’d rented but never returned.

Okay… maybe, just maybe, I had rented movies there before I left for California. However, there’s no way in the world that a) I failed to return said movies, and b) that I’d rented there enough that the girl would know me on sight.

Of course at the time, I simply blew it off. I remember that I didn’t have whatever movies she said I’d failed to return, so I just chalked it up as being some weird mistake.

I know that there are a lot of readers and Mandela Effect ‘aficionados’ that think that the Mandela Effect started around 2012 or so, but I don’t think that’s right at all. Many seem to be under the assumption that those that remember witnessing Nelson Mandela’s funeral recall some alternate timeline where someone else went on to become President of South Africa. For myself and many that I have spoken with directly, that just isn’t the case.

We witnessed his funeral, many of us really learning who he was due to this event, and then were shocked to see him released from prison a few years later.

As for Tank Man, I vividly recall seeing him killed by the tank, but it was only after discovering the Mandela Effect that I learned current history no longer matched up with my memory of the event. So I’m not exactly sure when that changed for me.

But when I look at these two big events along with my own strange glitch in the matrix and the huge news events of that year, I have to wonder if there was something special about 1989 as far as the Mandela Effect is concerned.

I really wish I had paid more attention to the world around me at that time. I have a feeling there was a lot more that I simply overlooked or brushed off.

Do you have any Mandela Effect events from 1989?

Is 1989 a pivotal year? Is there another year with more events?

Reply below and let us know.

Doctor Who Season 12 Tries To Reclaim Past Glories

The first ME I can recall, is The Lindbergh Baby. I did a report for school on the subject on how it was an unsolved mystery in… 1989.

Very good point.. I learned the same thing in 86/87.
But what would be interesting, is to find a decent pinpoint on when it started showing as different for people
Same for Tank Man… was there a specific year that search trends spiked on those?
Al Capone not dying in prison is another
As 89 could be a launch point… is there a mirror year where they all changed to the current “history”