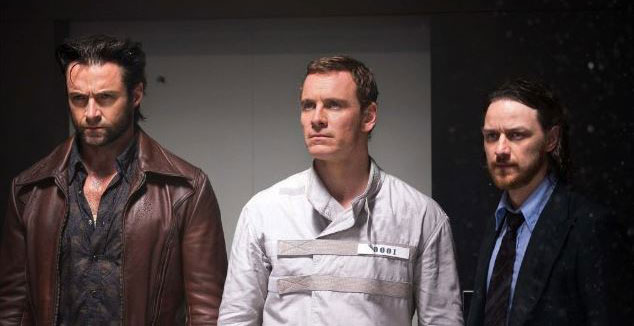 If you haven’t heard, this week marks the release of the ambitious X-Men: Days of Future Past. Starring actors and characters from separate X-Men franchises, the film works to build continuity between them and create a mega-franchise. But X-Men fans know all this already. It was the year 2000 when the first X film was released. It introduced a mainstream audience to mutants, Professor X and Hugh Jackman. With it came tons of new X-Men fans that never picked up a Chris Claremont comic and think of Halle Berry when you mention the character Storm. I’m here to say that’s okay. 14 years later there has been a full X-Men trilogy, a prequel and a Wolverine duology to build the knowledge base of those new(er) fans.

Where To Go NeXt

Six movies (seven including the new one) is a big franchise, but the X-Men have been around since 1963. In that time there have been huge comic book events, cult characters that have become household names and I would be remiss if I didn’t mention a lot of cheesy garbage. But it’s been 50 years, it happens. For the movie fans who want to expand their X-Men fandom, it may seem like a daunting task. But binge-reading tons of random issues is not the best approach. It can be an easy, fun experience to learn the basics. Before you know it you’ll have all the facts you need to hold your own at the local comic book store. Here are my five steps.

Step 1: Begin your subscription. You may not be looking to become a regular who hikes to the store every Wednesday to pick up the new issues. But if you are interested, you should start with the current issue. Maybe you won’t get all the references or know all the characters, but be patient. After a few issues, you will. Maybe other fans wouldn’t admit it to you, but I subscribed to “Uncanny X-Men” for 10 years, and every few issues something or someone would come up and I would have no idea who or what they were talking about. It’s a massive universe with a rotating lineup. Don’t be afraid to dive in.

Step 2: First Class. I’m not talking about the movie. As with any story, it’s worth knowing the beginning. So read some of those Stan Lee- Jack Kirby X-Men comics from 1963. You don’t have to read a ton of them, but maybe the first 20 or so. It will give you a taste of the basic concepts that the current X-Men came from. Plus if you’ve never read a comic book written by Stan Lee, that’s a rite of passage in itself. You can find those issues paired as “Essential Classic X-Men” online or in the big book stores.

Step 3: X-Men: The Animated Series. I’m 26 years old and I have been a fan of X-Men since I was four or five. That timeline would not be as long without “X-Men: The Animated Series” that aired on Fox Kids in the 1990s. There are more recent cartoons out there and some of them are quite good, but this one is the most influential. It ran for 76 episodes and included multiple episode arcs that addressed a lot of the most famous storylines. The X-Men team was very 90s in their costumes, but the combination of characters was a good one. The characters of the first X-Men film are all present (Professor X, Cyclops, Wolverine, Jean Grey, Rogue and Storm). But there are also three fan favorites added to that with Beast, Gambit and Jubilee. After watching this show, Gambit is going to be one of your favorites, I promise. Afterwards you’ll be loosely familiar with all the big X-events, even if they don’t completely mimic the comics.

Step 4: Expound on those historic events. Now you’ve seen the big concepts like “Days of Future Past” and “The Phoenix Saga” play out in the movies and the cartoon, but both of those are different than the original. Head over to the comic book store or Barnes and Noble and pick up the trade paperbacks for the stories you are interested in. Trade paperbacks (TPB) are collections of the issues that tell a story bound together into one big comic book. They are going to become your friend in this journey. Nobody wants to try and buy 10 random issues of X-Men from 1984 if they are only looking for the story and not trying to build a collection. It’s the perfect vehicle for binge reading.

Step 5: Enjoy the movies. For so many years comic book fans craved movies based on their favorite stories. Now we have them and people complain. Don’t be afraid to profess your love for the movies. If you like Taylor Kitsch as Gambit, that’s fine. If you cry when Wolverine rallies the new team in “X3: The Last Stand,” good on you. The comic books came first, but that doesn’t necessarily mean they are better. If people judge you for those opinions, what is the worst that can happen? You are branded an outsider among fans, just like Xavier’s students were branded. Then you will officially be part of the team. Welcome to the X-Men.