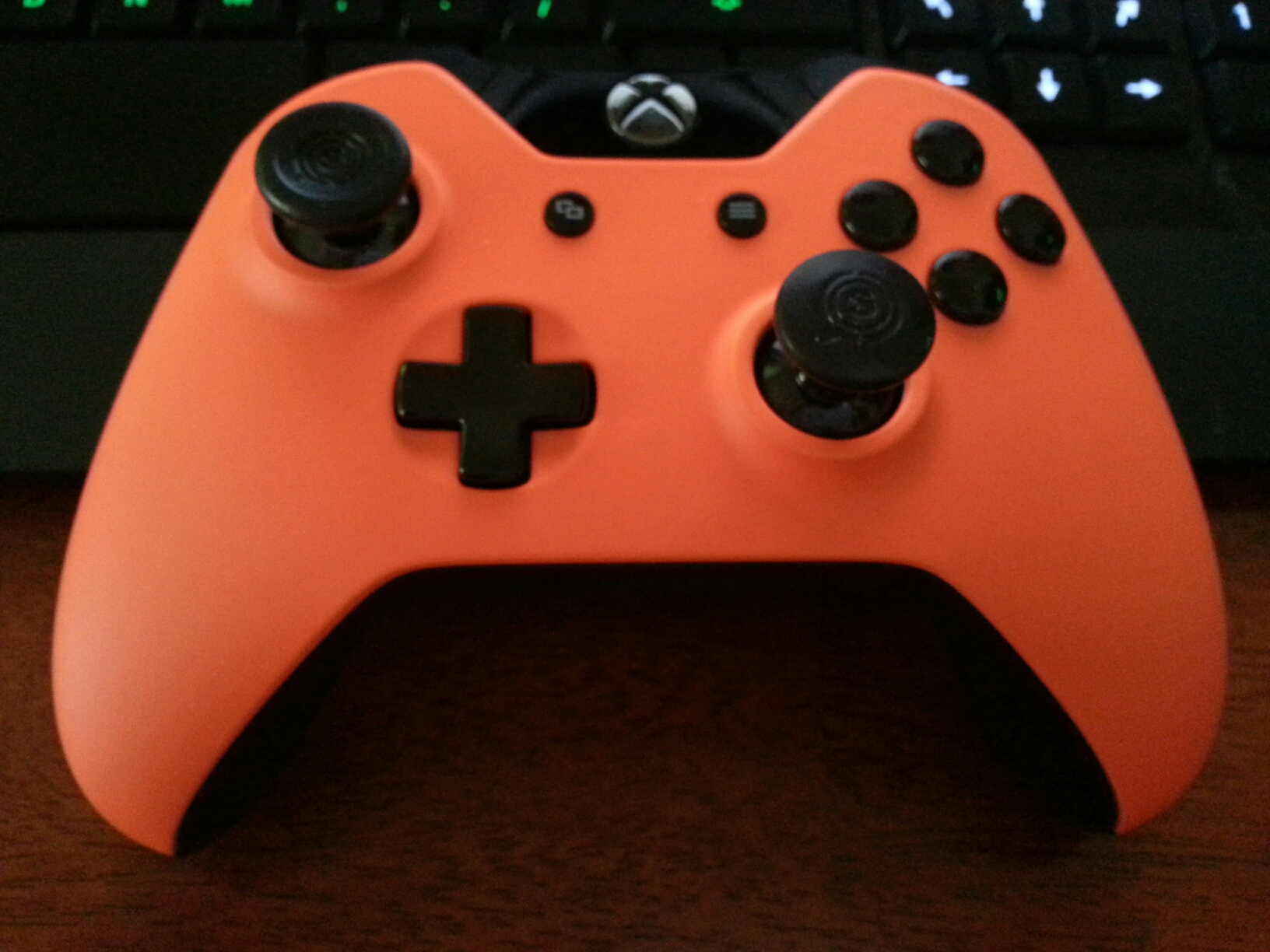 You’ve just opened and set up your shiny new Xbox One. You’ve been waiting for this moment ever since the next gen announcement and now that you have effectively blown off your rent and dropped an entire paycheck on this beautiful black box, you can hardly contain yourself. It is gorgeous, and perfect in every way. Right? You might think so, but the fact of the matter is that as long as you are still trying to lay the smack down on your friends with the stock controller included with the Xbox One, you’ll never actually reach perfection. Why? Because SCUF, that’s why.

There is a very, very good reason why more than 85% of professional gamers are using SCUF controllers. The reason? Because, while a regular stock controller can control the game, that’s about all it can do. The folks over at SCUF have make innovation the name of their game and have added an incredible amount of exclusive features that you will not find on any other controller on the market, especially a stock one. Let’s check out the many features that the SCUF One has to offer:

SCUF Sidewinder Paddles – Probably the most well-known (and well-loved) SCUF feature are their absolutely genius Sidewinder Paddles. Essentially, these paddles do a hell of a job compensating for the increased depth of the controller handles on the Xbox One controller. The 3-dimensional paddles enable gamers with all hand sizes to be able to reach and use the paddles that much easier. Angled at an ergonomic 30 degrees, the Sidewinders operate with a pull-across/push-in motion. Once you’ve played with these custom paddles, you’ll wonder how you got by without them.

SCUF Grip – Forget everything you think you know about controller grip. Aftermarket annoyances that pose as grip have a tendency to peel, harbor bacteria, and generally not stand up to the overall wear and tear of everyday use. SCUF has finally kicked this dilemma to the curb with their built-in, military-grade molded grip that will never wear, tear, or peel across the entire life of the controller. Finally!

SCUF Thumbsticks – SCUF offers 6 different thumbstick options to their customers, in three different lengths, that are both concave and domed. Talk about options! Newly designed, these interchangeable thumbsticks are manufactured with top of the line materials to provide a superior grip and feel as opposed to a stock controller.

Internal Trigger Stops – So, if none of the other features have sold you on the SCUF One, allow me to go ahead and give you the reason you need to invest. SCUF has developed and included a  fully-patented internal hair trigger and trigger stop mechanism that is a huge performance boon to those who play games like CoD, and other FPS. The trigger is controlled by using a 0.9mm SCUF key that essentially lets the user fully tune the triggers. This renders gunfire and aiming a one-tap process that you really have to use to believe. Of course, the trigger adjustment only works with some games (mostly FPS) and is easily removable for those games that require full trigger movement. While the changing process looks like it might be a little tricky the first time, SCUF Gaming has even included a step-by-step setup guide for the trigger so that the process should be virtually fool-proof.

All amazing features aside, I want my controller to look good. I was really pleased to find the plethora of color and customization options that are available for the SCUF One. My review model is the orange/black Fury model (Gotta keep with the Geek Insider colors, guys!), but really, the possibilities are endless. Check out their model page and have a look at all the color options SCUF has to offer.

As a girl who plays games, I always find that just about every controller (or headset, or gaming mouse, etc..) I pick up is slightly bulkier than I would like. I blame my small hands and not the manufacturer, however, I was very happy that the folks at SCUF have put an obvious amount of effort into making their controllers comfortable for everyone. I had no issues whatsoever getting used to the SCUF One, and the paddles were to die for. My review model sported the concave thumbsticks, which I found to be great for preventing slippage. Overall, I was very happy with the level of comfort and grip that the SCUF One provided.

My reviews are typically very open and honest about any potential flaw that I might find while conducting the reviewing process. That said, I am hard pressed to find anything ‘wrong’ with the SCUF One. It is clearly a well-thought-out piece of gaming hardware that acknowledges every aspect of gaming. It is completely MLG legal and functioned perfectly for me. SCUF has provided everything you’ll need to start playing right out of the box, even the batteries. The ONLY ‘issue’ (that isn’t really even an issue) that I found that could potentially be frustrating for a user would be the changing around of the hair/stop trigger. The process is rather invasive and, while SCUF has made every possible effort with their step-by-step-guide, I could see is causing a little confusion for someone who has no experience dealing with tools/controller components. However, this is the price to be paid for such features and I do not consider the changing process to be a flaw, simply a possible hassle.

Additionally, don’t forget to enter to win a SCUF One in our Win It! Fan Giveaway, running until June 19th.

So You Want to be a X-Men Fan: Here’s Where to Start