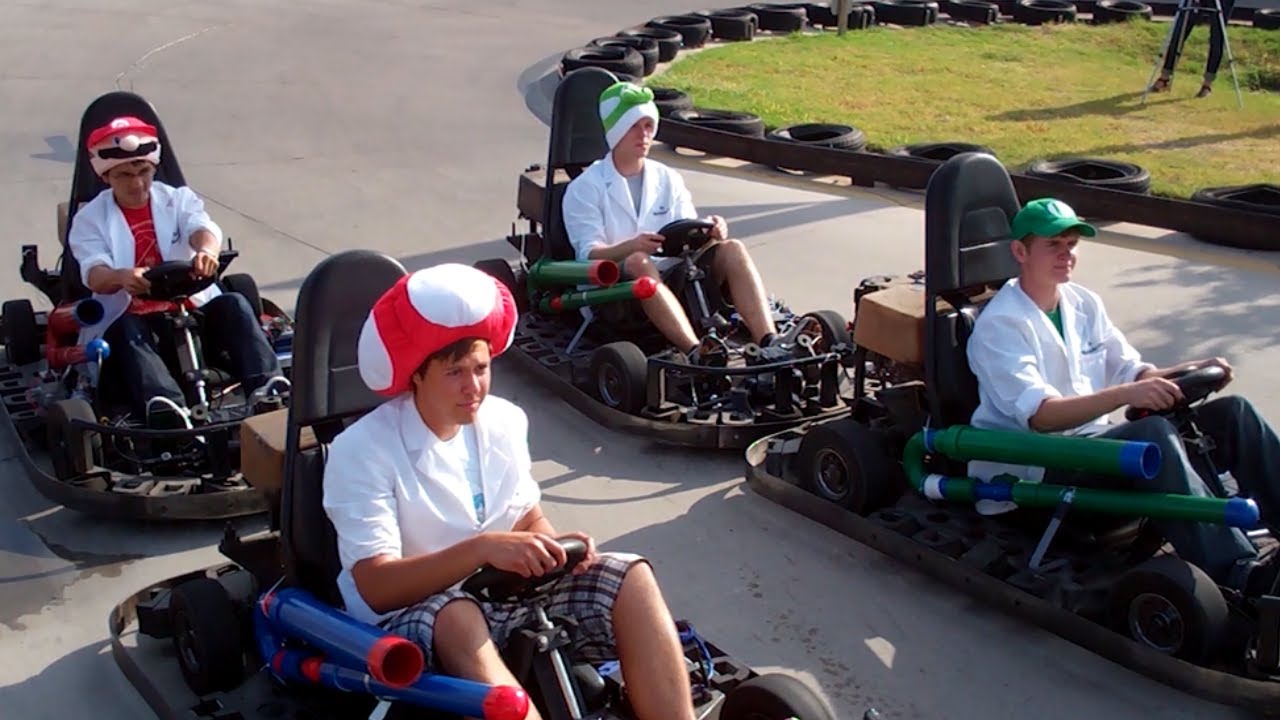 The absurdity of GUIs, is fairly easy to overlook during the challenge of the game. For example, have you ever actually built a slingshot to launch birds at pigs, or bounced an ugly bird between pipes? GUIs often feature activities we don’t engage in during our normal routine. It’s kind of like Inception, when we’re no longer in the game do we realize something is strange. This is because one of the principles of video game design is that the concept has to be different from our ordinary lives, else we would not abandon our lives to interact with the game.

So How do You Play Video Games IRL?

Some games in real life would be pretty uninteresting, like Farmville and Words with Friends. In real life those things are called “living in Iowa” and “Scrabble.” There’s a funny Vine about live Candy Crush, but any real attempt at game play would probably be pretty boring. One game that might be pretty easy to play would be Frogger, but obviously that is strongly not recommended. The real difficulty with playing video games in real life is that most people have limited resources when it comes to things like weapons, ammo, and extra lives. This difficulty unfortunately rules out many awesome popular games. Some of the better (or at least more possible) ideas for games to play IRL are as follows:

The concept’s pretty simple and self-explanatory. Grab a few friends, grab a sword (they sell them online and at many cons), and hit the dumpsters for some fruit. Then get ready for a crazy game that is much better sans iPhone.

This is actually just called Legos.

The live action version of this game mostly would concern parkour attempts. For inspiration, check out devinsupertramp’s Youtube video for Comic Con. College campuses are ideal for something like this, both because there are tight urban layouts, and because students tend to be sympathetic with such shenanigans.

Push your friends into the woods at night and have them split up looking for spread around notebook pages. Whoever is Slenderman gets to step from behind trees and grab people. Lots of screaming, lots of fun.

All you’d need was a corn maze or maybe a laser tag arena and a few huge bags of candy. A combination of chasing people and stuffing your face sounds like perfectly reasonable, family-friendly fun. If you want family-unfriendly fun then use your imagination.

A Look At The Classics: Banjo Tooie