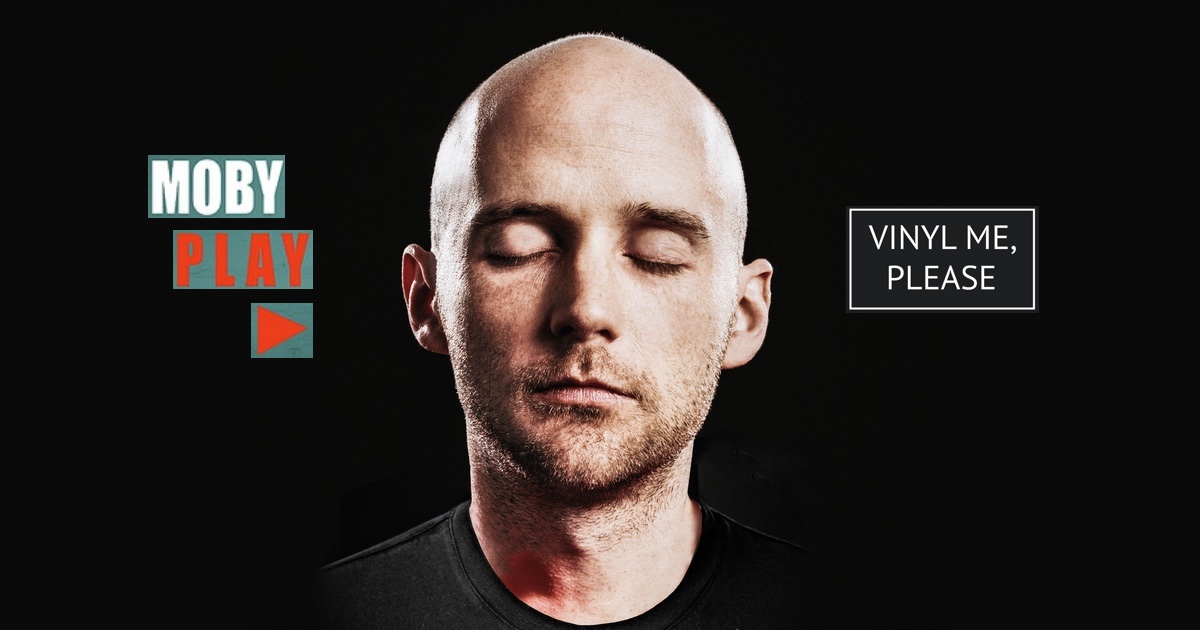 Here’s how it works. You send Vinyl Me, Please some of your hard-earned money (plans start at $25/month) and they send you one meticulously selected album worthy of your time and attention. Easy, right? Each custom pressing (often on colored vinyl!) also comes with special features like original artwork and even a recipe for a companion cocktail. Best of all, you get access to the VMP online store. That means you’ll have a chance to grab a copy of previous VMP selections from the archives – including  December’s reissue of Miles Davis’ underrated classic Sorcerer – not to mention a bevy of rare and exclusive releases.

The January store is open. And once again, Team VMP has stocked it full of killer releases from a staggeringly broad range of artists. Those releases include Freedom’s Goblin, the new release from garage-rock guru Ty Segall, and a 150g reissue of Lou Reed’s Coney Island Baby. For fans of VMP’s July 2017 release of Betty Davis’ self-titled debut, Team VMP is bringing an exclusive pressing of Davis’ final record Nasty Gal to the store as well (on hot pink wax!). As exciting as that is, my own hard-earned money is going towards All Melody, AKA the new album from another former VMP featured artist  Nils Frahm, who remains one of the most exciting, inventive artists working today.

There’s more. A lot more. While the store is open to the public, many of the more exciting selections are only available to members. That means you’ll have to sign up if you wanna get your mitts on them. If you’re peckish about relinquishing control of your record collection over to complete strangers, know that VMP’s Swaps Program is in full effect. That means you can flip any VMP pick you don’t like for a past AOM that’s a little more your speed. My advice? Don’t overthink it. Do yourself a favor and sign up today.

So, what’s in this month’s box? Get ready to ride back through the south side with a slick new pressing of Moby’s landmark album Play. 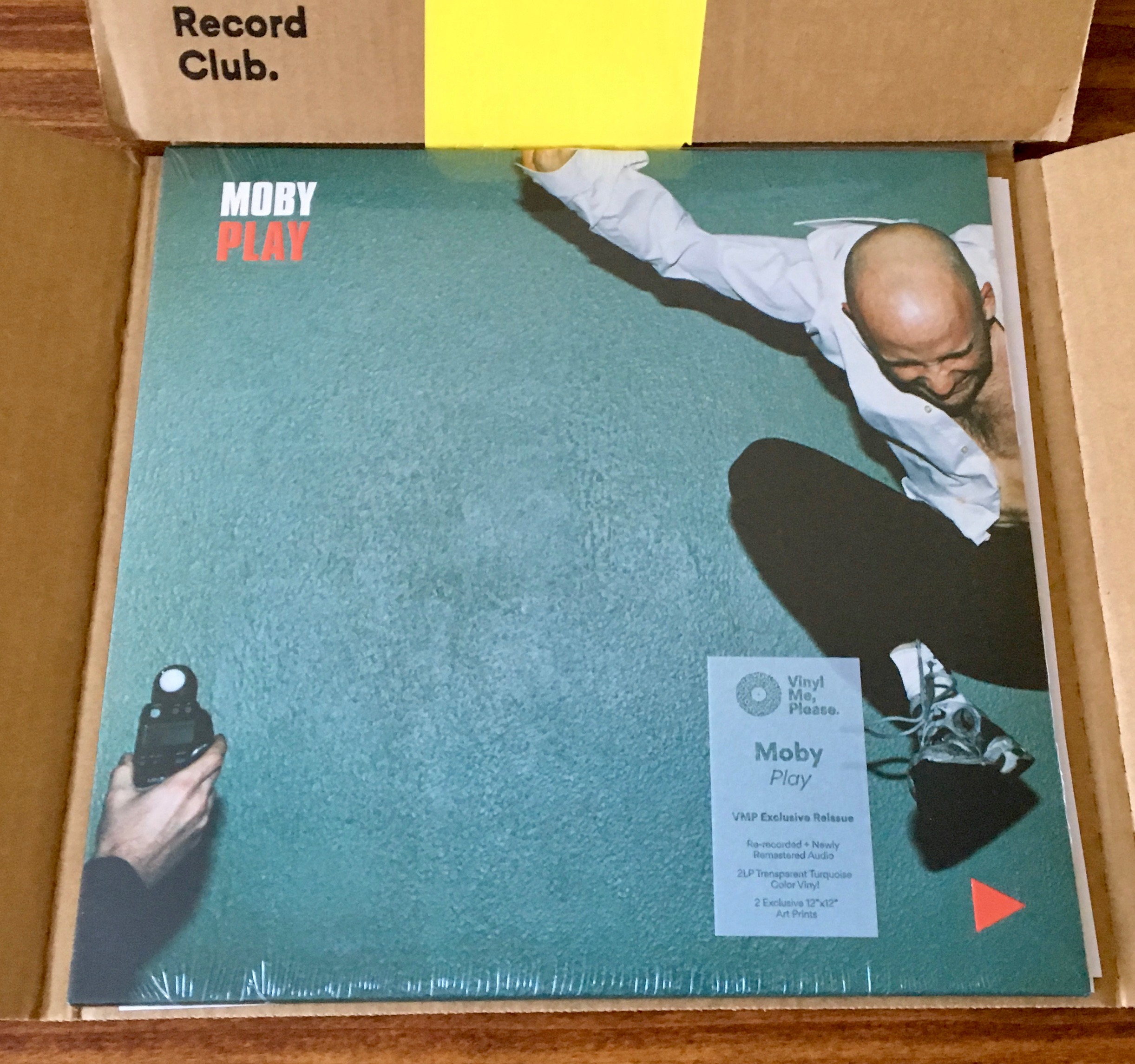 A lot has been said about Play in the almost 20 years since it’s release. So much that I don’t really want to add too much to the conversation about the album, except that I was never fully sold on Play when it was released. I should cop to the fact that the album’s almost instantaneous overexposure had a lot to do with my general indifference to it. To be honest, I got so tired of hearing tracks from Play every single time I turned on a radio or a TV … or went to the movies … or the grocery store … or a coffee house, that I never really bothered to listen to the album in its entirety. But even in my general indifference towards the songs on Play, I still couldn’t help but admire the vitality that Moby brought to them.

So, while I really don’t want to add too much to the Play conversation, I do want to say that I still kind of loathe the album’s biggest hit “South Side,” but I also happen to love its unabashedly infectious pop energy; and I almost never turn the channel or skip over the track when I hear it playing. I’ll say that, after exploring Play in its entirety – as vinyl so sweetly demands – I now understand how unfair it is to judge the entire album by the handful of breakout tracks that lead to its immediate overplay. To do that means overlooking ambient pearls like “Porcelain” and “Inside.” It means writing off the raucous, punk-rock bombast of “house” tracks like “Machete,” the bluesy beats of “Run On” and the trip-hop chill of “Down Slow” and “If Things Were Perfect.” It means dismissing the impact Play – an album that brought electronic music to the masses – had on the mainstream musical landscape. More than anything, it means undercutting the passion and precision that Moby poured into the music on Play – a release he wrote, produced, engineered, mixed, and played every instrument on.

No matter what you think of Moby as an artist, it’s time you started to admire the brash, innovative energy he sewed into the fabric of Play. Quite frankly, it’s something more artists should aspire to.

Play is a record that reportedly found Moby both at the end of his rope and at the top of his game artistically. We’re guessing all the energy and angst that permeate the album might have you jumping up and down as well.

There are some sweet, sweet goodies in this month’s box, but before we start digging let’s take moment to note the important info on this little sticker here. That’s right, Play has been re-recorded and remastered for this EXCLUSIVE VMP reissue. Well done, folks. 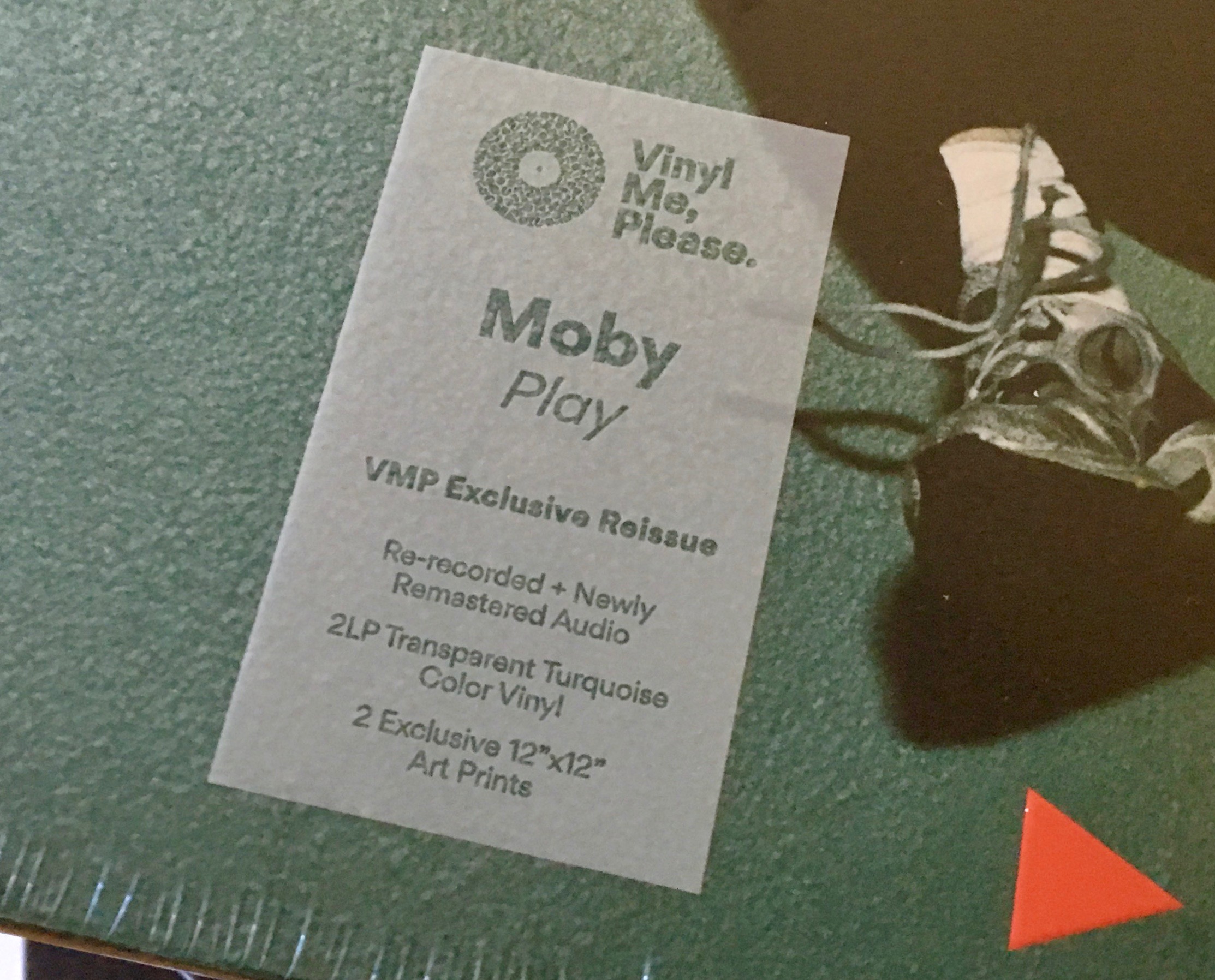 Once you’ve absorbed that bit of info, take a little more time to absorb this lovely bit of poetics from Vinyl Me, Please co-founder Tyler Barstow.

And don’t forget to give a shout out to the VMP Staffer who personally packed your box. Thanks for the love, SA.

You’re gonna want to flip that slip over too, ’cause that’s where you’ll find the recipe for Play‘s companion cocktail – “The Honey Bunny.” It has bourbon in it, so it should be a tasty beverage. Though I could probably do without all the fancy syrups.

What else are you going to find in this month’s box? How about this killer, VMP exclusive print from graphic artist April Frankenstein?

And if one amazing print isn’t enough to satiate your artistic appetite, there’s a couple more included in this month’s box – both borrowed from the cover art of two of Play‘s many hit singles, I believe.

Looking to drop a few bucks in the VMP Members Store this month? You’ll want to consult this handy little insert before you start throwing the greenbacks around. Yes, you can scoop the original score from Season 2 of Stranger Things in the store this month … and you should.

So let’s check out that vinyl already, shall we? Ah, ah, first we’ll need to have a look at the individual sleeves holding them, ’cause they’re pretty damn slick in their own right. Those visible labels on the discs are designed to match up with the sleeve photography. It’s those kinds of details that make a VMP release so much damn fun.

Now, about that vinyl … I can almost guarantee you’re gonna flip for this translucent turquoise pressing. And yes, there’s two of them inside this month’s box.

Though I can’t guarantee they’ll look quite as sexy on your deck.

How’s it sound? Like having an impassioned conversation with your favorite DJ about the songs, styles, moods, and musicians that inspire them. Only that conversation happens exclusively through the music they’re playing you; and like the best conversations, it never really ends.

Look, I’m not going to sit here and tell you how much I adored Play (or Moby for that matter) when this album was released. I didn’t. If you’d have asked my opinion of Play back in 1999, I’d have told you that save for “Porcelain” – which still regularly finds its way into my Spotify playlists – I was sort of over Play before I ever even heard it. For that reason I never gave the album a real chance to resonate. I can now say with complete clarity that, as an album, that’s just what Play does. I’d like to thank Team VMP for giving me a chance to find that out, and for making every single month a marvelous new musical adventure.

A big THANK YOU to our friends at Vinyl Me, Please for sponsoring this subscription. Don’t forget to check out the official Vinyl Me, Please website and sign up to get some choice wax delivered right to your door each month! Can’t wait to see what crunchy treat they send our way for February!