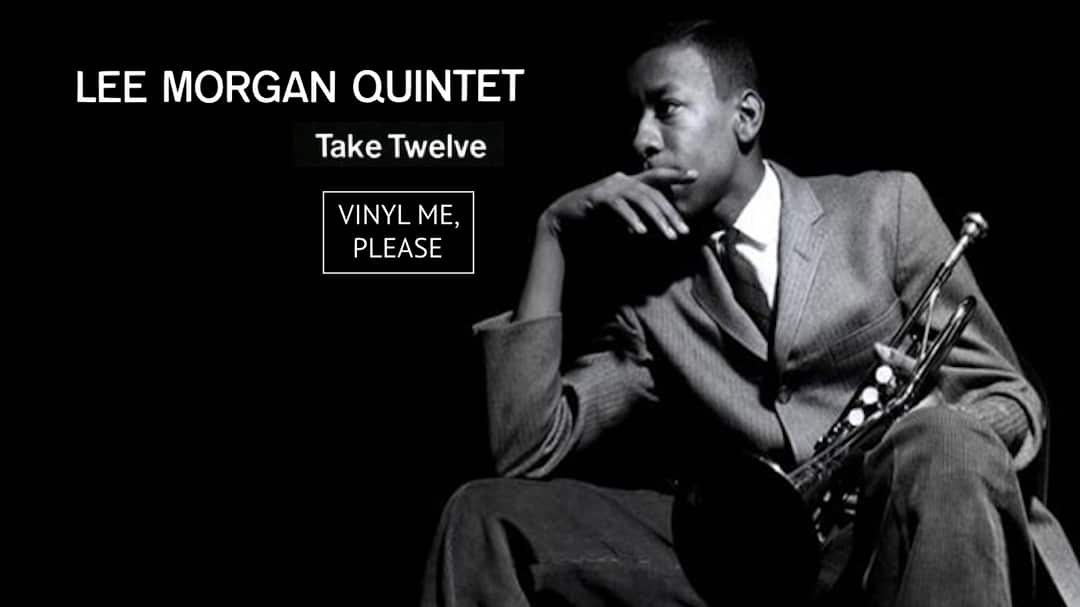 You’ll have membership privileges in the VMP store too, which means you can grab a copy of previous VMP selections from the archives – including August’s phenomenal reissue of Bill Withers’ oft-overlooked masterpiece +’Justments– not to mention a slate of super-limited releases pressed exclusively for Vinyl Me, Please. The store is open, and Team VMP are dropping fresh new selections to their stock every single week. Do not miss out.

If you sign up soon enough, you might even get a chance to grab a copy of my September pick, Lee Morgan’s jazz classic Take Twelve.

For The Love Of Music, Please DO NOT BEND (or, how I learned to stop worrying and get my jazz kicks with the VMP Classics picks)

Yes, the September VMP Essentials pick was, in fact, Wu-Tang Clan’s iconic debut album Enter the Wu-Tang (36 Chambers). And yes, 15-year-old me initially flipped the hell out at the news that Vinyl Me, Please was giving that landmark hip hop release the Essentials treatment. Unfortunately for 15-year-old me, current me just doesn’t have room for that album in his mind, or in his record collection these days… so I went ahead and did the unthinkable by swapping the album.

The decision to do so was a little easier than even I anticipated, however, because September’s Classics pick turned out to be a Lee Morgan album I admittedly knew little about. Morgan, of course, has long been on my radar as the Philly-born trumpeter is a legit legend from jazz’s hard bop era, having recorded with the likes of Dizzie Gillespie, John Coltrane, and Art Blakey while he was still in his teens before delivering one of the genre’s all-time great recording in 1964’s The Sidewinder.

And these days, Morgan is probably best-known for that particular work, which continues to be adored and obsessed over by jazz-heads from every generation. If you know anything bout Morgan’s path to making The Sidewinder, you know it was one marred by a crippling addiction and and a tumultuous personal life. As for Take Twelve, it preceded The Sidewinder by two years, and found a 23-year-old Morgan largely on the outs with much of the jazz community. It also found him desperately trying to re-establish himself a composer and player of the first order.

As the story goes, Morgan was in such bad a shape heading into the recording of Take Twelve, he didn’t even have a trumpet of his own to play not he album, having pawned his own for drug money. Even still, based on his prior works, the big bosses at legendary label Jazzland sought him out and offered him a record deal. That deal included a single days-worth of recording time at New York’s Plaza Sound Studios, and found Morgan recruiting Clifford Jordan (saxophone), Barry Harris (piano), Bob Crenshaw (bass), and Louis Hays (drums) as his backing band.

Armed with a borrowed trumpet, Morgan spent his days ahead of the Take Twelve session working on new compositions, re-acquainting himself with his horn, and keeping himself just clean enough to get by. Once in the studio, Morgan and his crew proceeded to lay down a handful of tracks as meticulously played as they were expertly orchestrated, yet as free-flowing as an impromptu jam session. And throughout the recordings, it became clear to one and all that almost in spite fo himself, Lee Morgan was not only back, but ready to claim his spot in the upper echelon of jazz greats.

He, of course, did just that a couple of years later when his Blue Note classic The Sidewinder set the jazz world aflame. But that album simply wouldn’t have existed had Morgan not delivered the goods with the electrifying Take Twelve. Unfortunately for Morgan, his reign at the top was short-lived as he was dead (by the hand of his common-law wife Helen no less) just a decade after the album’s release. Even still, Take Twelve stands a landmark achievement from an artist who’s legacy will endure as long as jazz is being played, studied, and appreciated by musicians and music lovers alike.

The term “like a boss” gets tossed around a lot these days. And whenever I hear it, I think of somebody pointing exactly like Lee Morgan does on this album cover… which is fine ’cause he plays like a fucking boss on Take Twelve.

As for the back cover, you’ll find a few glowing words about the recording of Take Twelve from noted jazz historian Ira Gitler.

Of course, before you even get that far along, your really should take note of the album’s hype sticker as it tells you exactly why the VMP Classics pressing of Lee Morgan’s Take Twelve is the only one worthy of your collection.

Once you open your box, you should also dig on the work of this month’s sticker contest winner, because Andreas Aristides conjured a truly delicious treat for September.

As always, your Vinyl Me, Please album comes with a cozy little OBI strip cradling the spine, and it’s got a few vital stats about the album it’s protecting. Say hello to VMP Classics selection #52, folks.

There’s a brief excerpt from the listening booklet on the back of that OBI, by the way, just in case you’re looking for a quick tease about what’s in store.

As for the booklet itself, Ashawnta Jackson delivered one of the Classics series’ best with her insightful tour of both Take Twelve‘s recording, and the man who made it happen.

Regarding the vinyl, as with every Classics selection Take Twelve is a steely black beauty, because Classics picks don’t need fancy color variants to bring the heat.

And in case there was any concern Mr. Morgan’s Take Twelve will more than jazz up any deck around.

How’s it sound? Like a simmering sonic mural crafted by a man with both nothing, and everything to lose… one who also knew beyond doubt music would be his only savior.

Honestly, I may never forgive myself for swapping out Enter the Wu-Tang, and I know 15-year-old me has some hard feelings on the matter. But I’m confident enough that with every spin of Lee Morgan’s Take Twelve, those hard feelings will melt away, because it as a legit masterpiece as the Classics track has ever delivered. Hell, it may even convince my younger self that jazz is actually amazing, and for the record, that would be a mammoth feat.

As it is, Take Twelve is just the sort of inspired album pick that continues to make Vinyl Me, Please’s Classics track the most covet-worthy of the bunch – i.e. it’s the sort of album you likely know of, but have also likely never heard, and are even less likely to scoop up should you happen to run across one in the vinyl wilds. Having given it a couple of listens already, Take Twelve is fast becoming one of my favorite jazz albums. And yes, this Vinyl Me, Please pressing is undoubtedly one of the best sounding records I own.