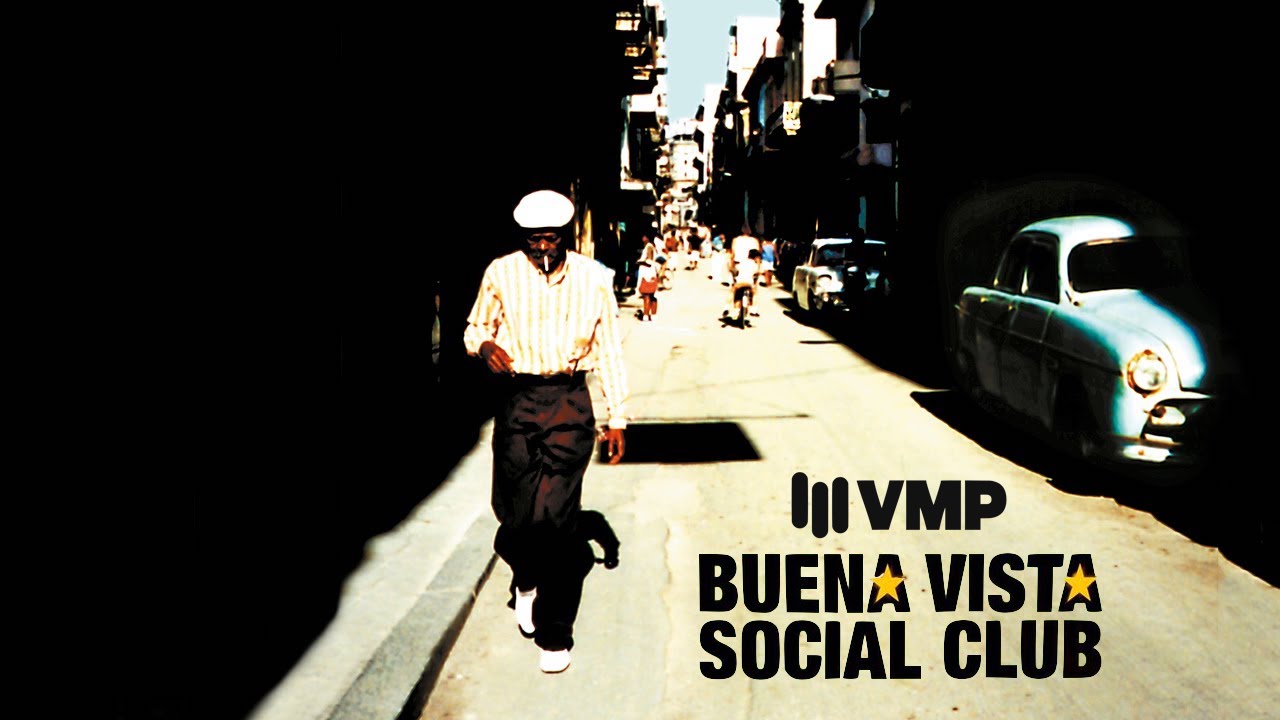 You’ll have membership privileges in the VMP store too, which means you can grab a copy of previous VMP selections from the archives – including their immaculate reissue of McCoy Tyner’s mind-blowing jazz masterpiece Sahara – not to mention a slate of super-limited releases pressed exclusively for Vinyl Me, Please. The store is open, and Team VMP are dropping fresh new selections to their stock every single week. Do not miss out.

Word to the wise, while the store is open to the public, most of the more covet-worthy stock is only available to subscribers. Members are privy to reduced “Members Pricing” as well, so membership definitely has its rewards. If you’re peckish about relinquishing control of your record collection to complete strangers, know that VMP’s Swaps Program is in full effect. That means you can flip any VMP pick you’re not interested in for a past AOM (or other VMP Exclusive pressings) that’s a little more your speed. My advice? Don’t overthink it. Do yourself a favor and sign up today.

By the time Ry Cooder had made plans to trek down to Cuba for a recording session opposite two of Africa’s best-loved High Life musicians in the early days of 1996, he’d already released and/or produced a slew of best-selling albums, provided musical scores for a handful of critically-adored movies, and nabbed a few Grammy awards to boot. In turn, he’d more than made a name for himself on the rock/Americana scene as one of the most prolific, respected, and successful musicians in the world, even recording with the likes of Neil Young, Captain Beefheart, and The Rolling Stones.

So when the artists he’d planned to record with in Cuba couldn’t make the trip, it seemed only logical that he’d forge ahead with the recording sessions anyway. Sans his original recording partners, Cooder and Nick Good (who’d organized the sessions) quickly got the word out that they were looking for a few of Cuba’s best to come into the legendary EGREMS Studios (like much in Cuba, virtually untouched since the 1950s) to record an album of more traditional Cuban music.

The list of musicians that responded to Cooder’s was more impressive than he could ever have hoped for, with many of Cuba’s greats (many of whom had rarely been heard outside of their home country) stepping out of the shadows to lend their talents to the project. They would eventually call themselves (and the album they recorded) Buena Vista Social Club. But heading into the recordings, the all-star group (working under the direction of Cooder and Cuban legend Juan de Marcos González) just called themselves lucky to be in a room and recording classics with so many of their contemporaries.

Don’t worry, I’m not gonna bore you to death with the details about who was there, what instruments they played, and what songs they recorded. That’s not because I don’t deem it important information, for the record. Quite the opposite is true. Mostly I’m gonna skip that part because Wim Wenders’ enchanting 1999 documentary Buena Vista Social Club does all that in far higher fashion than I ever could. And if you found the little synopsis I’ve written here is at all intriguing, and you haven’t already discovered Buena Vista Social Club for yourself, you really couldn’t find a more immersive, and utterly entertaining document of what actually went down with Cooder and crew back in 1996.

What I will say is that the group which came to be known as Buena Vista Social Club laid down pure sonic fire over the course of the whirlwind six day recording session that ensued, covering virtually every sub-genre of Cuban and Latin music under the sun. And the 14 tracks that came to form the bones of Buena Vista Social Club stood as both a loving ode to, and an indelible document of Cuban life past, present, and future.

When that document was eventually released, the world embraced Buena Vista Social Club in ways nobody involved could’ve anticipated, with the album going on to sell minion of copies, make stars of the artists within, and win awards too numerous to count. Over 20 years after its release (and even as it’s largely faded from pop culture consciousness), the album continues to find favor amongst jazz, latin, and world music enthusiasts the world over. With any luck, this shiny new pressing from Vinyl Me, Please will inspire a second coming for Buena Vista Social Club among the zeitgeist at large too.

There are about a million different ways an artist or group can go about selecting cover art for their album. But the endgame is more or less to find some specific imagery that conveys visually the vibe of the music within. As it is, this sun-baked but beyond cool pic from Buena Vista Social Club literally could not be more on point. Ditto for that black and white gem on the back cover.

Don’t forget to check out the solid-gold foil stamp in the back corner forever hailing Buena Vista Social Club a VMP Essential.

You should also take a moment to peep this little production on that back sleeve, ’cause the name Ry Cooder really should mean something to you. And if not, there’s no time like the present to educate yourself.

Now, once you get inside that loverly, re-sealable outer sleeve, you’ve got a little more reading to do, ’cause there’s more vital stats on the OBI-Strip. Like the album & artist names, and the Vinyl Me, Please catalogue number. Yes, we’re getting very close to VMP’s 100th release, and I cannot wait to see what they’ve got planned for that momentous occasion.

Flip that OBI over if you want a few concise words about why Buena Vista Social Club made the cut for the Essentials treatment.

Just so you know, Buena Vista Social Club may well be the most drink-friendly album Team VMP has ever released. And if you do enjoy a cold beverage with your spin-sessions, the suitably Rum forward “Hacha Pequeña” will certainly do the trick.

For all the art lovers, the VMP Essentials track is a bit of a no brainer as each release also comes with an original, 12 x 12 inspired by the album. And I have to say, this month’s selection from Vincent Valdez is a bit of a stunner.

You’ll want to check out the back of that print to get Mr. Valdez’s full story.

Before you go digging for a slab of wax in that dust sleeve, please be sure to take a moment to dig on this photo of the Buena Vista Social Club hard at work that’s adorning the gatefold.

And once you do get into that sleeve, you’ll want to spend a few moments flipping through the 20-page booklet inside, ’cause my goodness are there more beautiful photo. There’s also a full list of lyrics and credits for the entire album, and a couple of words about the recording of each track, which is just beyond cool.

Of the vinyl inside that sleeve, it’s a glorious Brick Red, which is more than fitting as Buena Vista Social Club is legit foundational music in terms of Cuban culture.

Yes, there’s a pair of discs inside that gatefold as well.

How’s it sound? Like cruising the streets of Cuba in search of a steaming plate of Picadillo, the perfect Mojito, and a few killer grooves to twirl your lady to. Needless to say, you’ll find all that and more (in sonic form) in the 14 flawless tracks that form Buena Vista Social Club.

Give it a spin

If you’ve been paying attention to the land of Vinyl Me, Please of late (or reading any of my unboxings), you’ve probably noticed team VMP has been doing a bit of re-branding. If that’s the case, you’ve no doubt noticed their new tagline is “Lost Sounds Found,” and that their mission statement now includes rescuing lost and overlooked release and delivering them to the masses.

That being the new goal, it’s only fitting that Buena Vista Social Club made the cut as an Essentials selection. After all, when Buena Vista Social Club was first released back in 1997, it was an outright sensation selling millions of copies, winning a couple of Grammys, and even earning the gang a trip to the Academy Awards thanks to Wim Wender’s lauded documentary. There’s little question the spotlight has faced for Buena Vista Social Club in the decades since, however, which means this jaw-dropping collection of songs is more than ripe for rediscovery.

A big THANK YOU to our friends at Vinyl Me, Please for sponsoring this subscription. Don’t forget to check out the Vinyl Me, Please website and sign up to get some choice wax delivered right to your door each and every month! Rumor has it they’ve got a shiny new, J Spaceman-approved pressing of Spiritualized’s seminal 1997 space rock opus Ladies and Gentlemen We Are Floating in Space on tap for September, so be sure to check back next month as I unbox that stone cold ’90s classic!