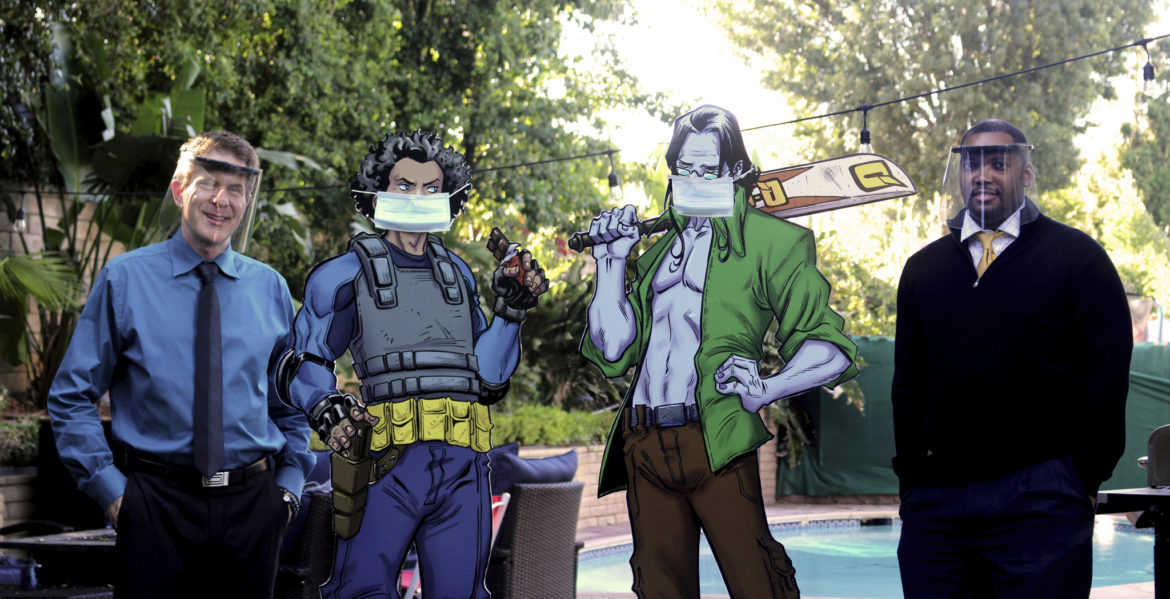 Publisher Ethan Murphy founded Echelon to create an outlet for more diverse stories. The comics world has seen a massive influx of new authors and readers from all backgrounds, further fueled by conventions, where indie properties see greater exposure alongside the mainstream titles. The time is right for Platinum Studios to bring these stories to a wider audience on big and small screens.

Echelon’s flagship title, “Slate & Ashe,” about an unlikely partnership between a young, Black policeman and a zombie in a dystopian future, debuted in 2013 at Awesome Con in Washington, D.C., selling out of its initial run and garnering recognition as a Con favorite.

“Storytelling has always played a pivotal role in my life. I always knew that I wanted to carry on that tradition, but now, I’m more motivated than ever. People of all colors need to feel represented by what they read, inspired by heroes that genuinely resonate with them and given hope by a voice they can understand. I’m thrilled to have Platinum Studios join us on this journey.”

Echelon has self-published three more titles, with another debuting in 2021:

Rosenberg created and produced the $175 million-grossing “Cowboys & Aliens“, based on the New York Times best-selling graphic novel of the same name, which Platinum Studios also produced alongside Universal Pictures, DreamWorks and Paramount Pictures.

Rosenberg previously owned Malibu Comics (later sold to Marvel/Disney), through which he brought the billion-dollar Men in Black franchise to Sony. “After reading ‘Slate & Ashe,’ I immediately wanted to see more. Ethan’s whole line of comics is as amazing as it is diverse. There’s absolutely a wide audience potential for them all,” Rosenberg said.