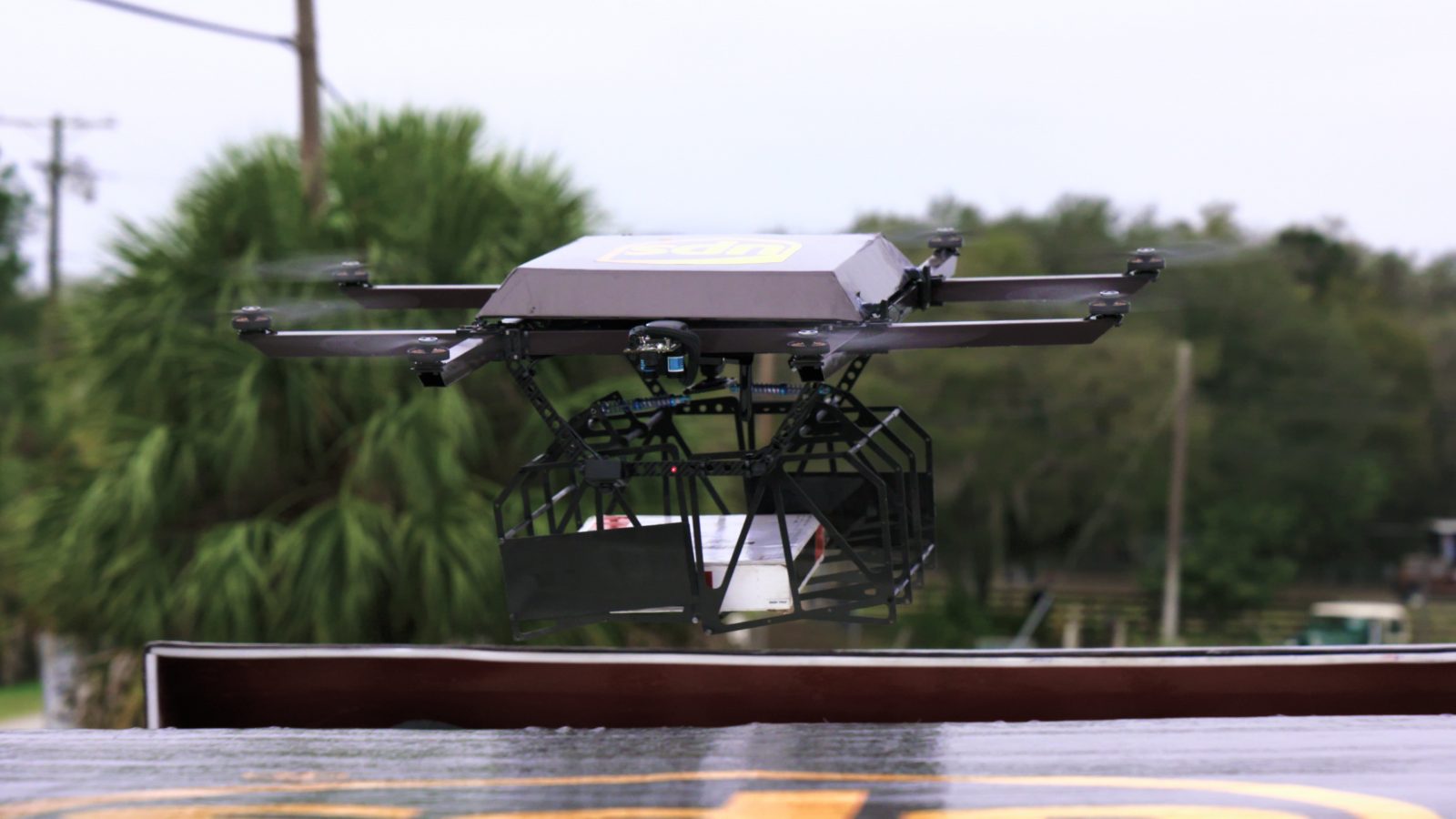 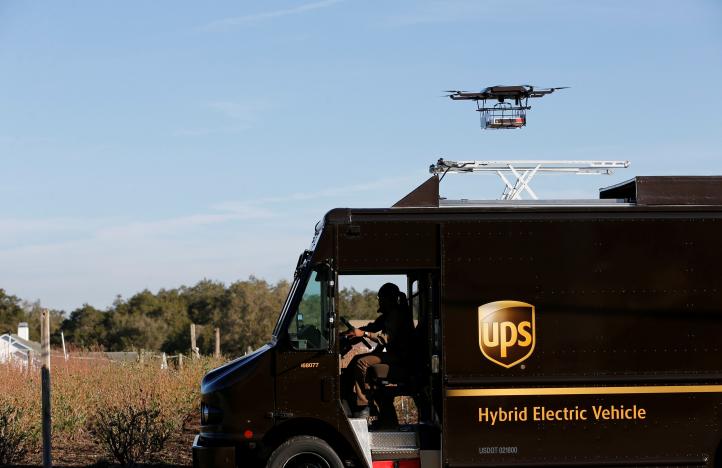 Last month UPS tested drones for package delivery in rural areas and may eventually implement their use. Other companies such as Amazon have already began exploring the possibility of using drones for deliveries in poorer countries and rural areas. The parcel service began testing by launching an “octocopter” from the top of its delivery vans in an effort to determine how effective such devices may be.

The test took place in Florida and the multi-rotor “octocopter” was used in a mock delivery to a blueberry farm that would normally be hard to get to via the shipping company’s hybrid and regular delivery vans. The drone delivered the package successfully to the doorstep of the home and returned to the truck at a different location on the road, at which point the van’s robotic arms pulled it back in.

The type of drone used is called the Horsefly drone and is produced by Ohio’s Workhorse Group which already supplies UPS with other various technologies. The drones weigh approximately 10 pounds each and are powered by a lithium battery. A horsefly drone can reach speeds of 45 MPH over a maximum flight time of thirty minutes.  Horsefly drones can only carry smaller packages with the maximum weight these devices can handle being roughly ten pounds. Horsefly drones are able to find their destination via online databases which contain local airspace info as well as wind, weather, and topographic info. Data is also received via sensors aboard the van which are equipped with infrared cameras, GPS, and LIDAR that help the drone in landing.

How Drones May Be Used

The drone used in the test was equipped with a cage suspended on the underside of the drone so when a package is being picked up by the drone, the cage is lowered into the truck where the driver loads it into place. The ultimate goal is to be able to use drones in rural areas that UPS trucks have a hard time getting to in a timely manner. The company ideally wants to one day have an easy-to-use touchscreen system in place so that drone packages essentially deliver themselves.

Implementation of drone technology won’t happen anytime soon since drone use is still illegal. The test was conducted in accordance with the FAA’s rule that prohibits commercial drones from leaving sight of their operating pilots. Even though the use of drones is still illegal in the US, the law will most likely be amended once the technology has been developed further and companies such as FedEx and Amazon begin to lobby congress and lawmakers. Meanwhile the technology’s use may emerge in foreign markets, both in experimentation and everyday use.