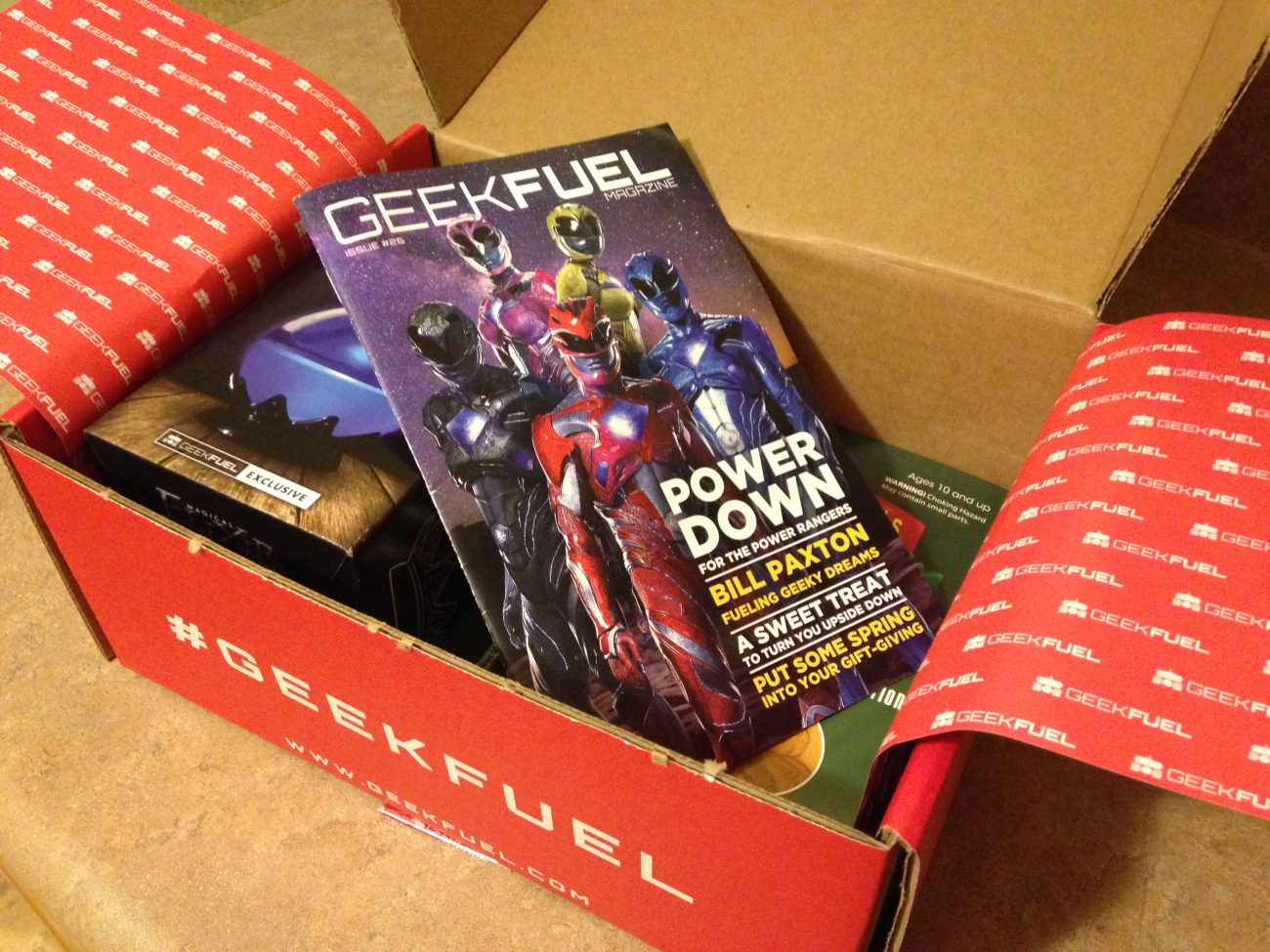 Geek Fuel is a subscription company that sends you a Monthly Mystery Box filled with everything you need to feed your geeky lifestyle. Each box contains an exclusive t-shirt, collectibles, and toys plus a downloadable Steam game. You can get the box reviewed in this article until the end of the month for $24.90 (including shipping). You can also choose a 3, 6, or 12 month subscription to get your boxes at discounted rates. Not too shabby when you consider that each box is valued at $50, minimum! On top of that, you can use our link to Geek Fuel’s website and get $3 dollars off your plan!

Last month’s mystery box was my very first one, and it was nothing short of awesome. Of course, that left me quite expectant for March’s box. No pressure, Geek Fuel. Opening their customary red “shoe box” revealed this month’s issue of Geek Fuel Magazine with a very fitting cover photo for this point in time. 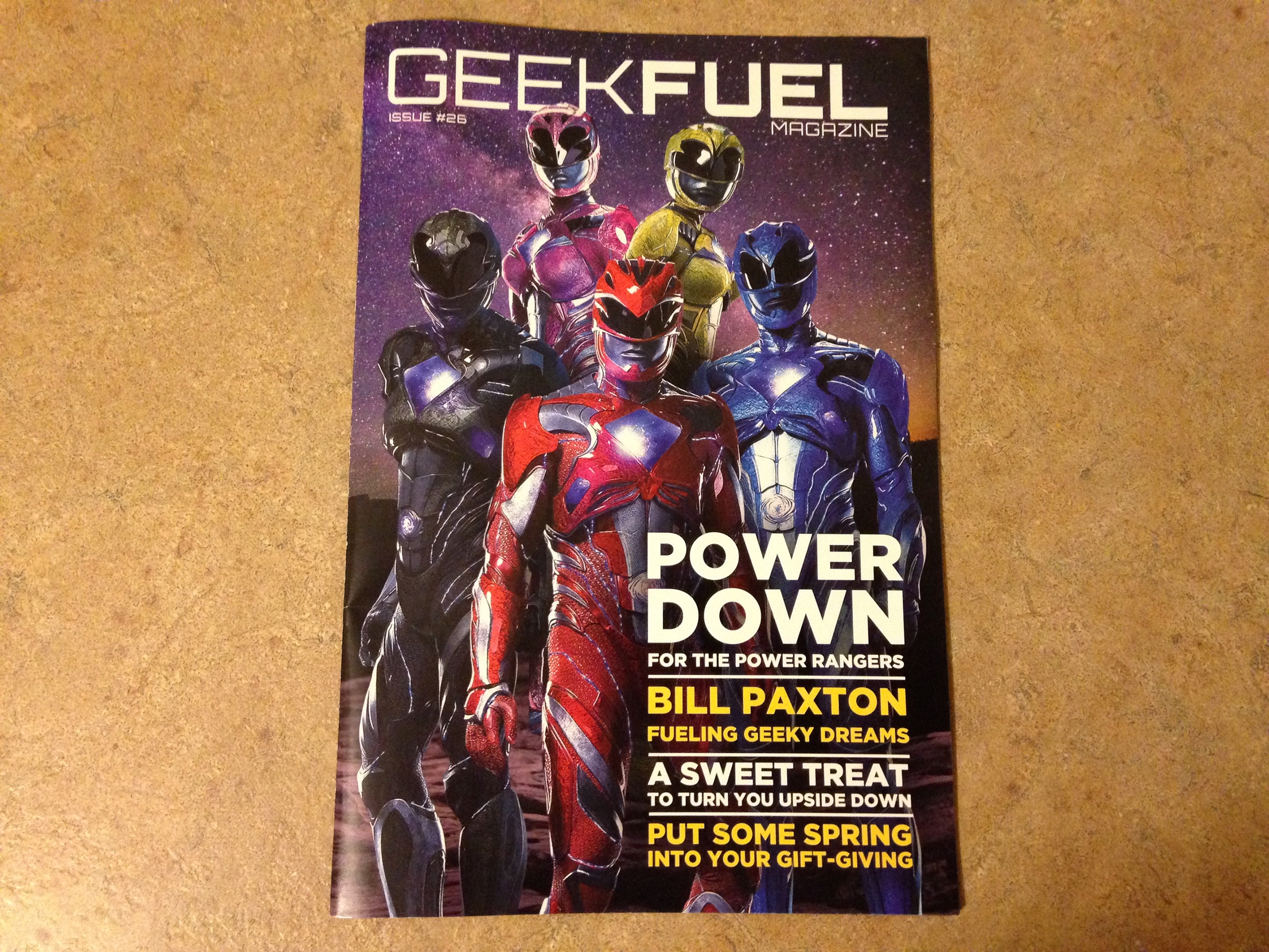 Go! Go! Power Rangers! The magazine includes a great article on the Power Rangers throughout the years, as well as plenty more fun reads on geeky content. There’s also a great pic of Elizabeth Banks in her awesome Rita Repulsa getup on the back. 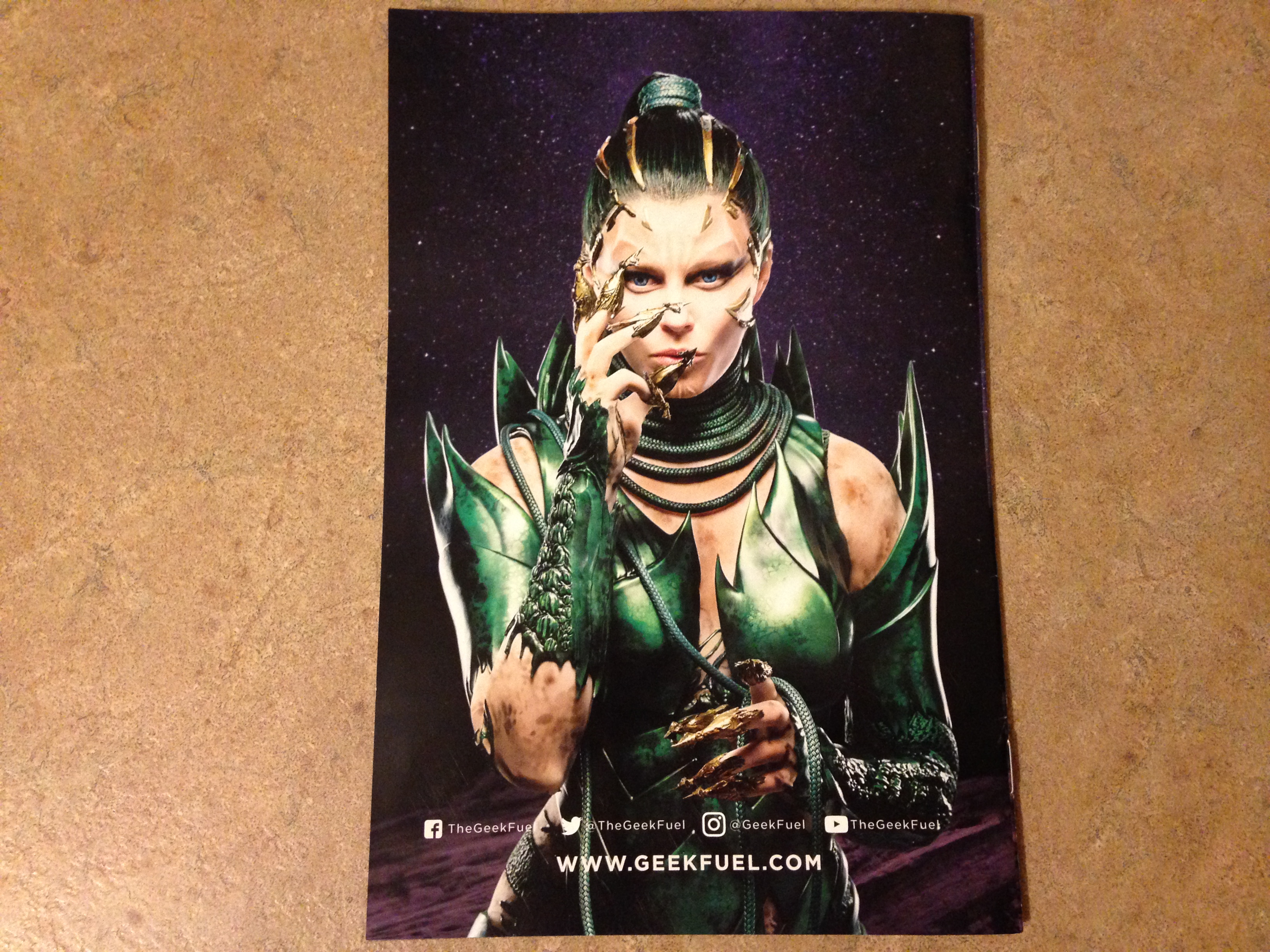 I haven’t made it to see the movie yet, but this magazine is a good motivator. Plus, I’d be looking pretty fashionable if I wear this month’s pin… 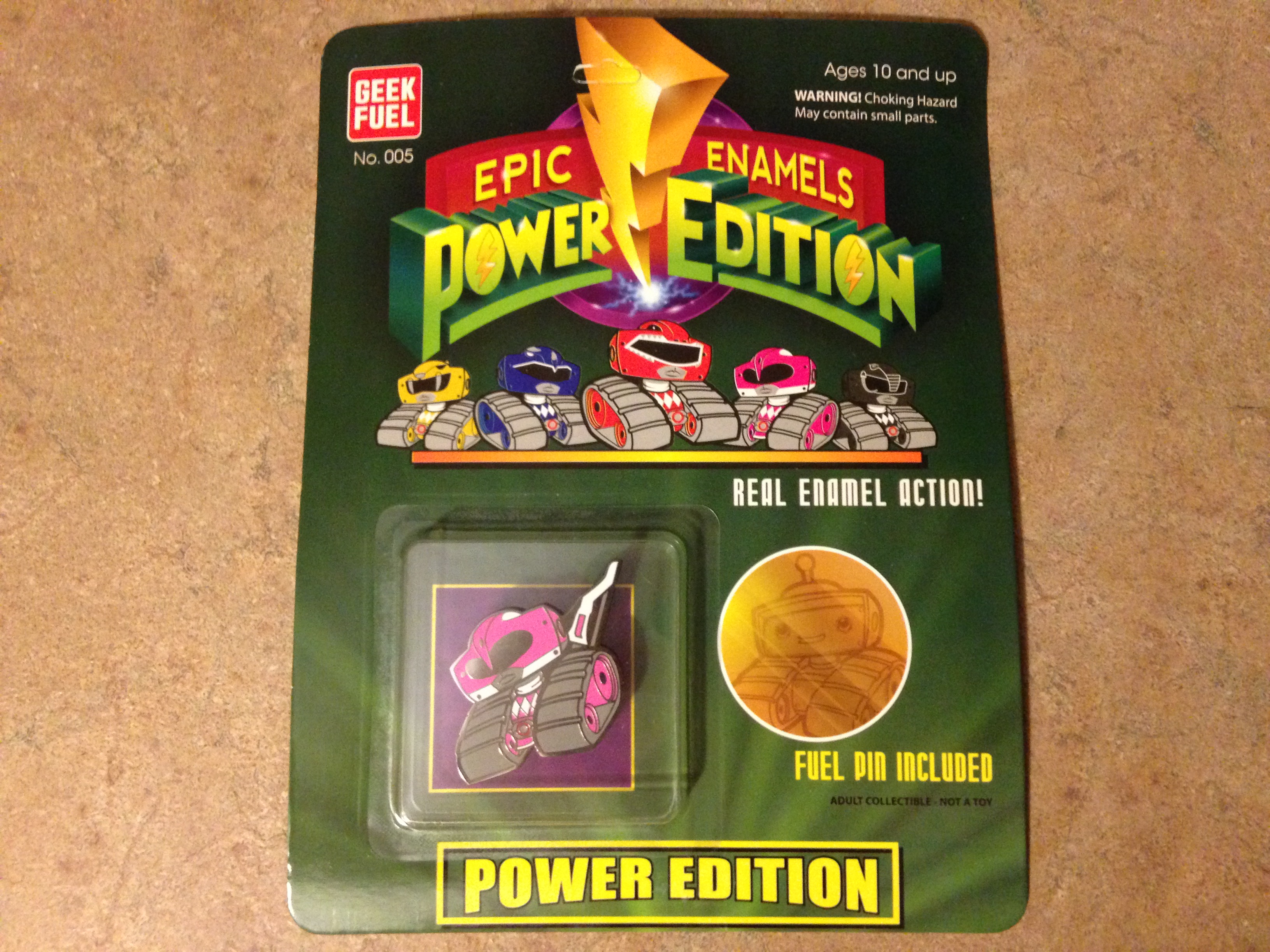 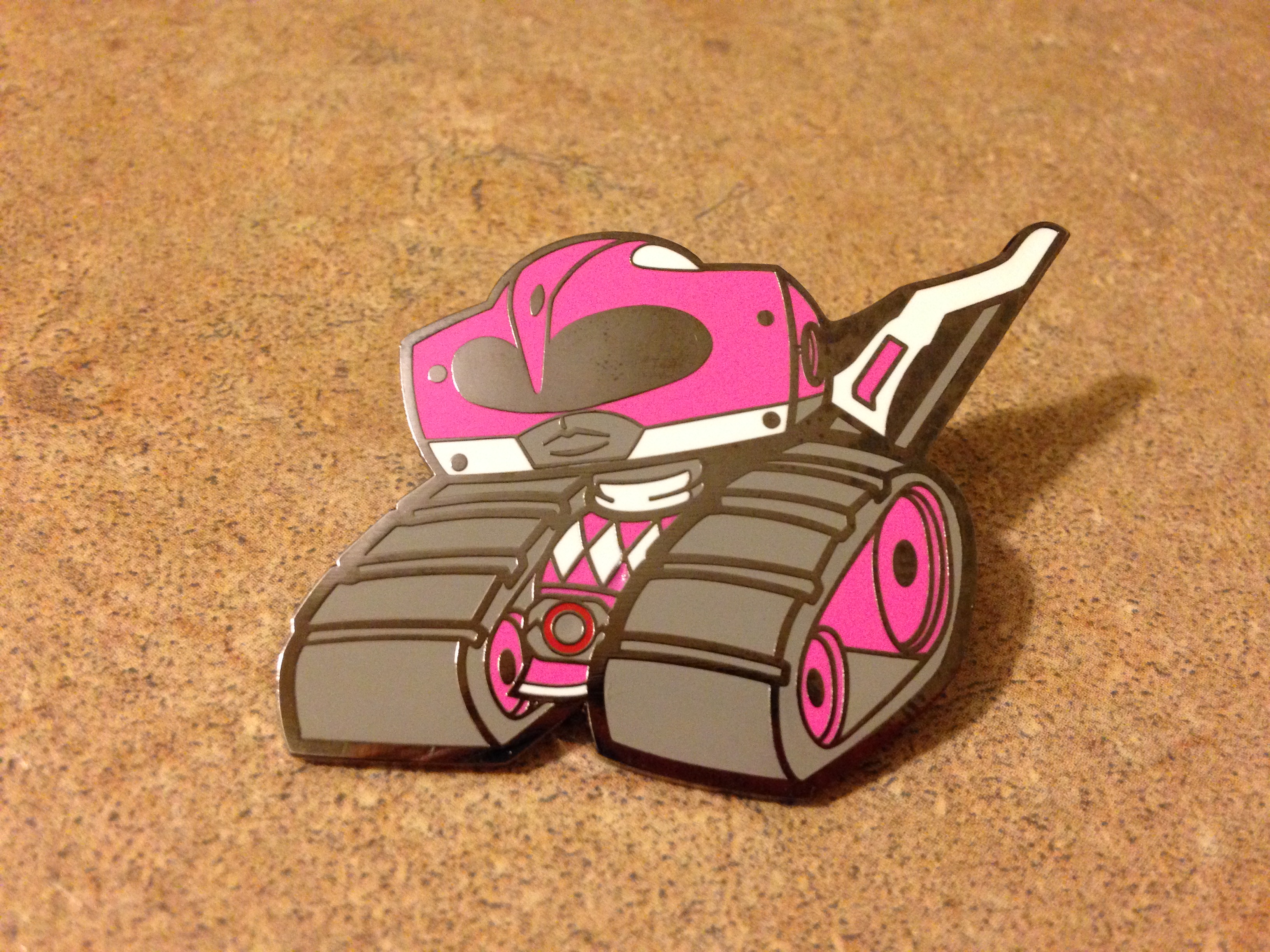 Okay, maybe I would have preferred the Yellow Ranger version, but I really can’t complain. This pin is perfectly adorable. Like all of Geek Fuel’s exclusive pins, it’s shaped after their mascot. All of the Rangers look great, displaying their individual weapons. Some lucky few recipients of this month’s box will get the rare “Green Rover” (loving the cute play on words). 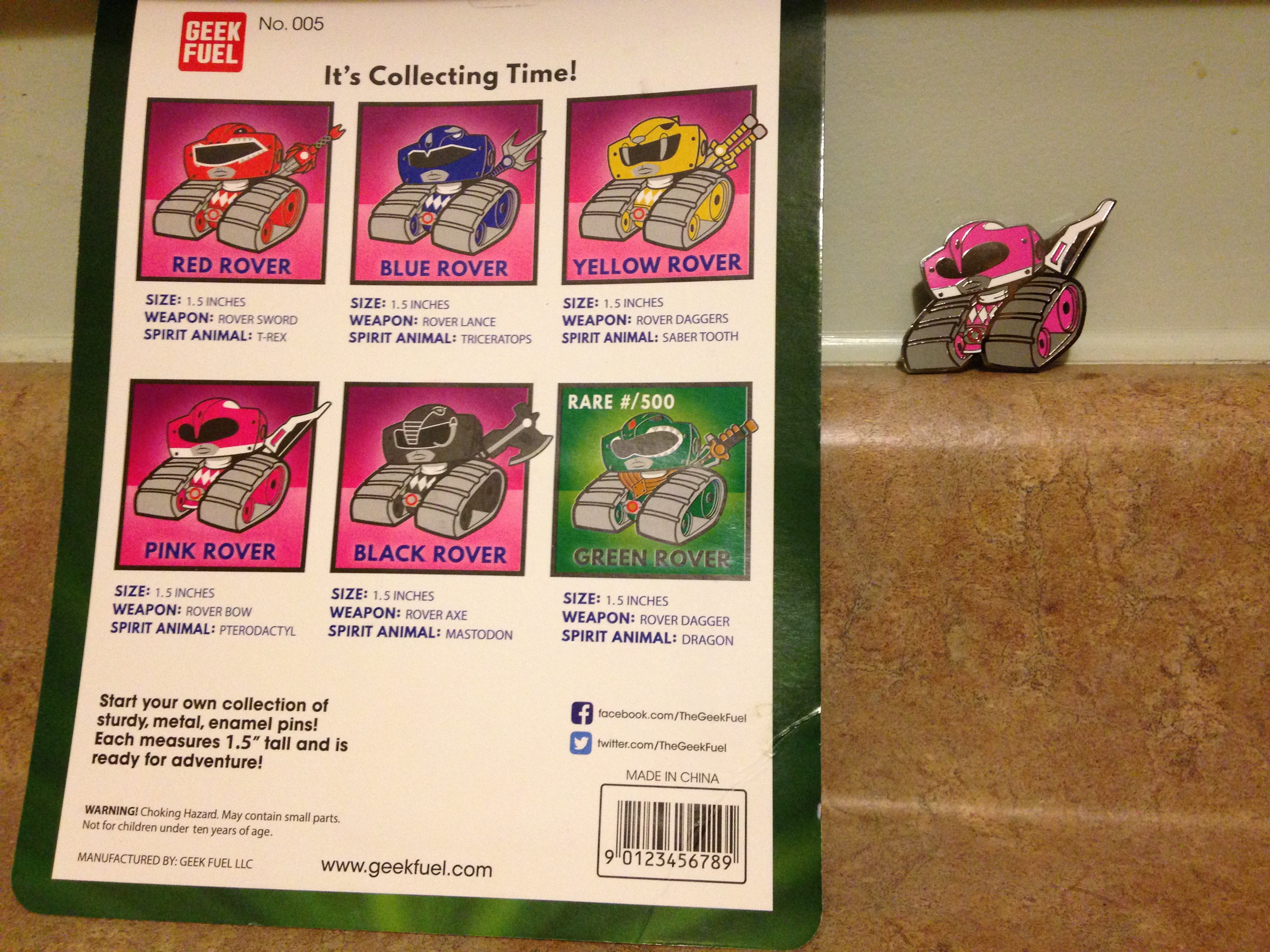 Each box comes with a handy card that gives you helpful tidbits on each of the items that are inside. 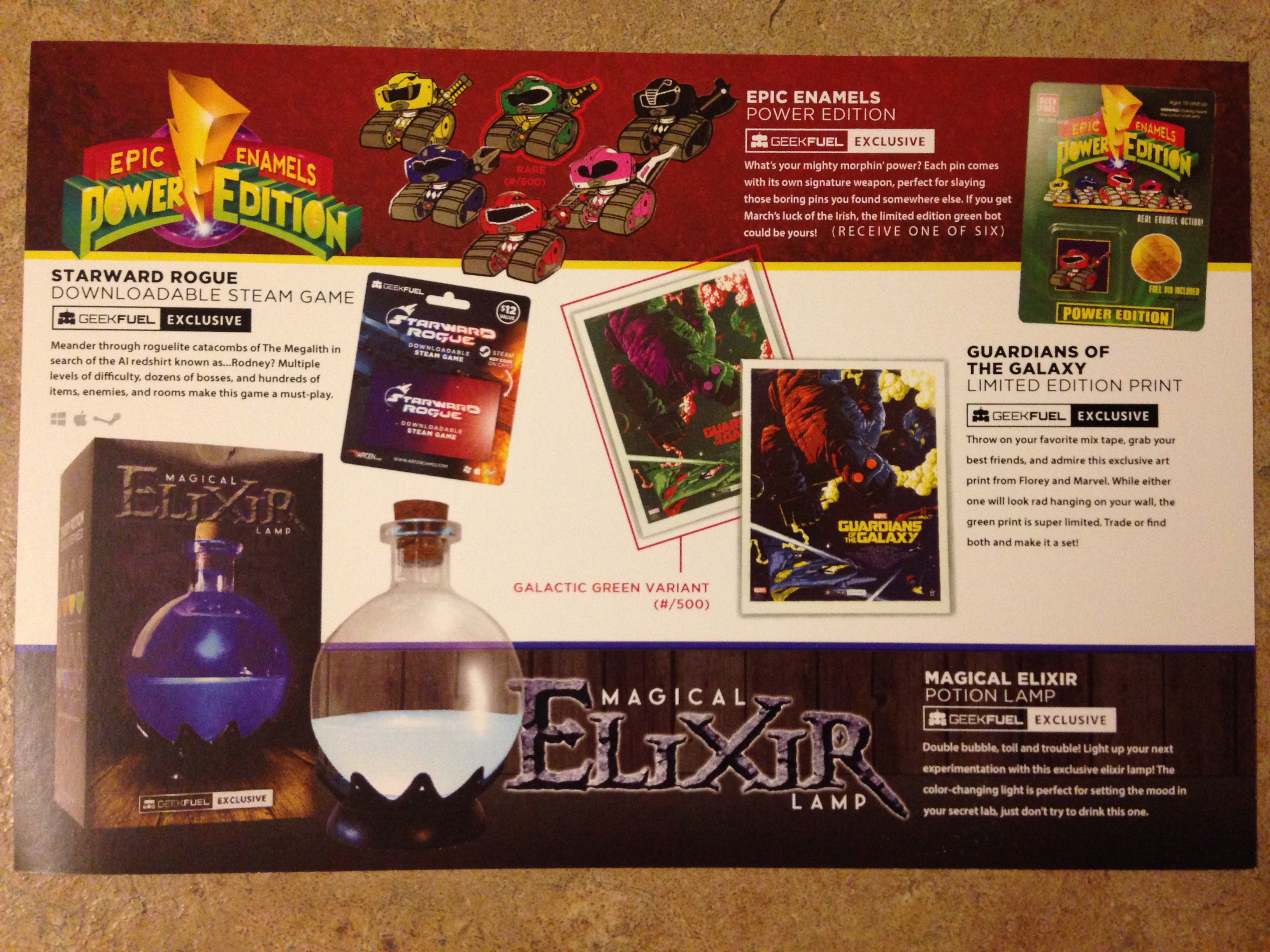 This month’s exclusive t-shirt is very eye-catching, but I shamefully had to stare at it for several seconds before I recognized Groot and Rocket from Guardians of the Galaxy. It actually includes versions of them from the first and the upcoming second movie, the latter including the “baby” version of our favorite tree-man. 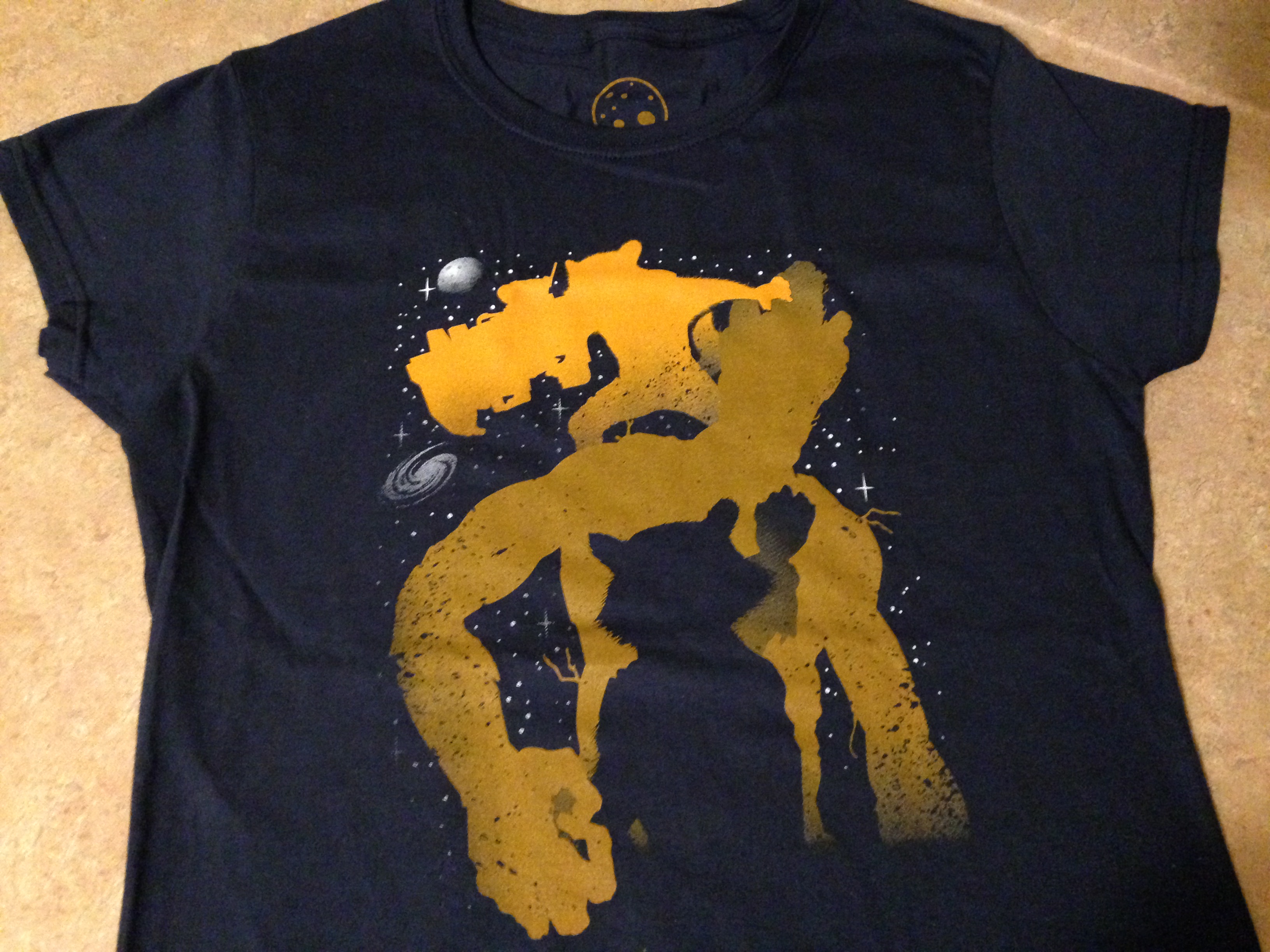 And since you can never have enough Guardians of the Galaxy, there’s also a cool print of a movie poster. The exclusive design comes with a certificate of authenticity issued by Geek Fuel. Some will get lucky and receive one of the 500 “Galactic Green” green variants. 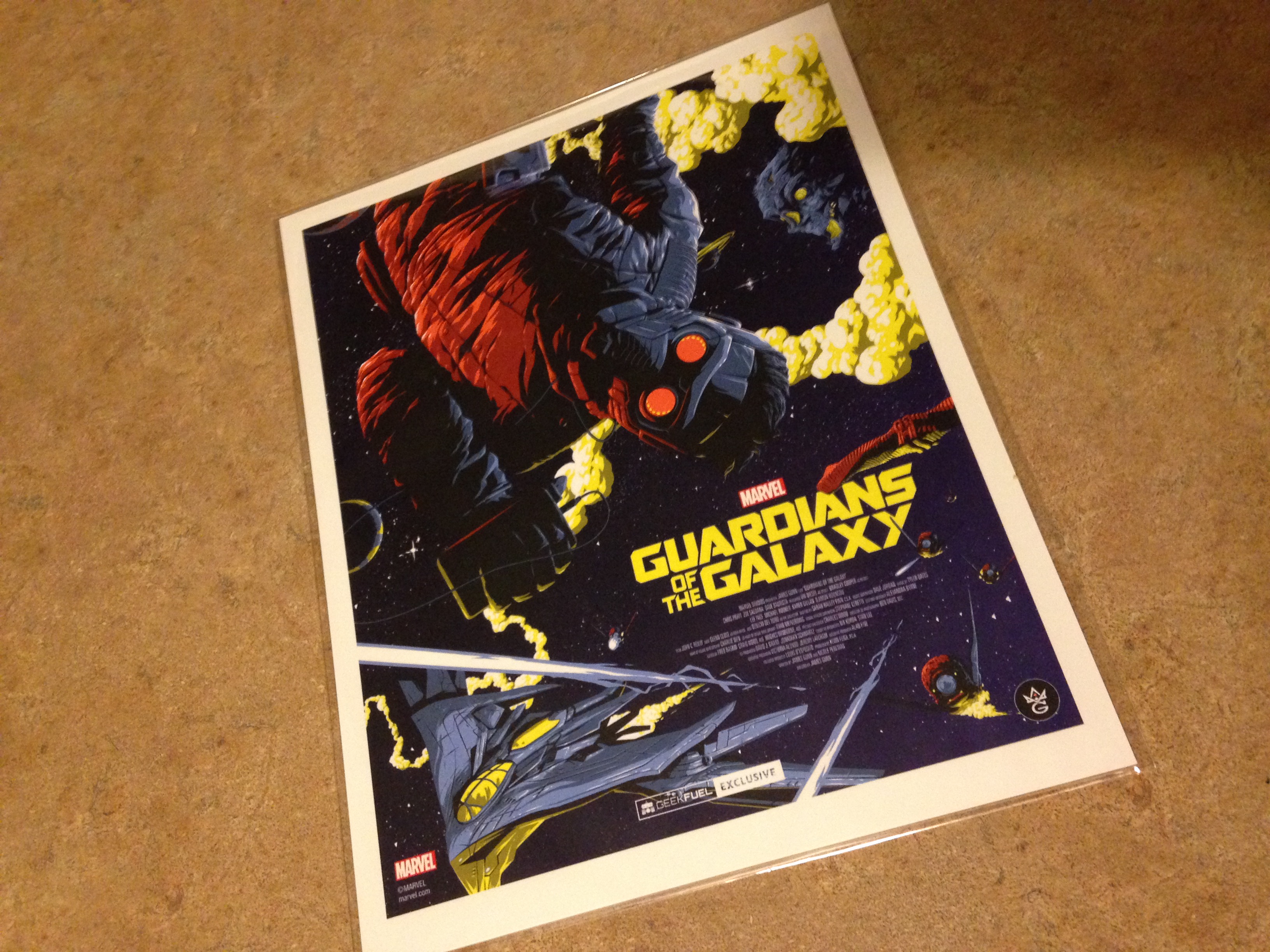 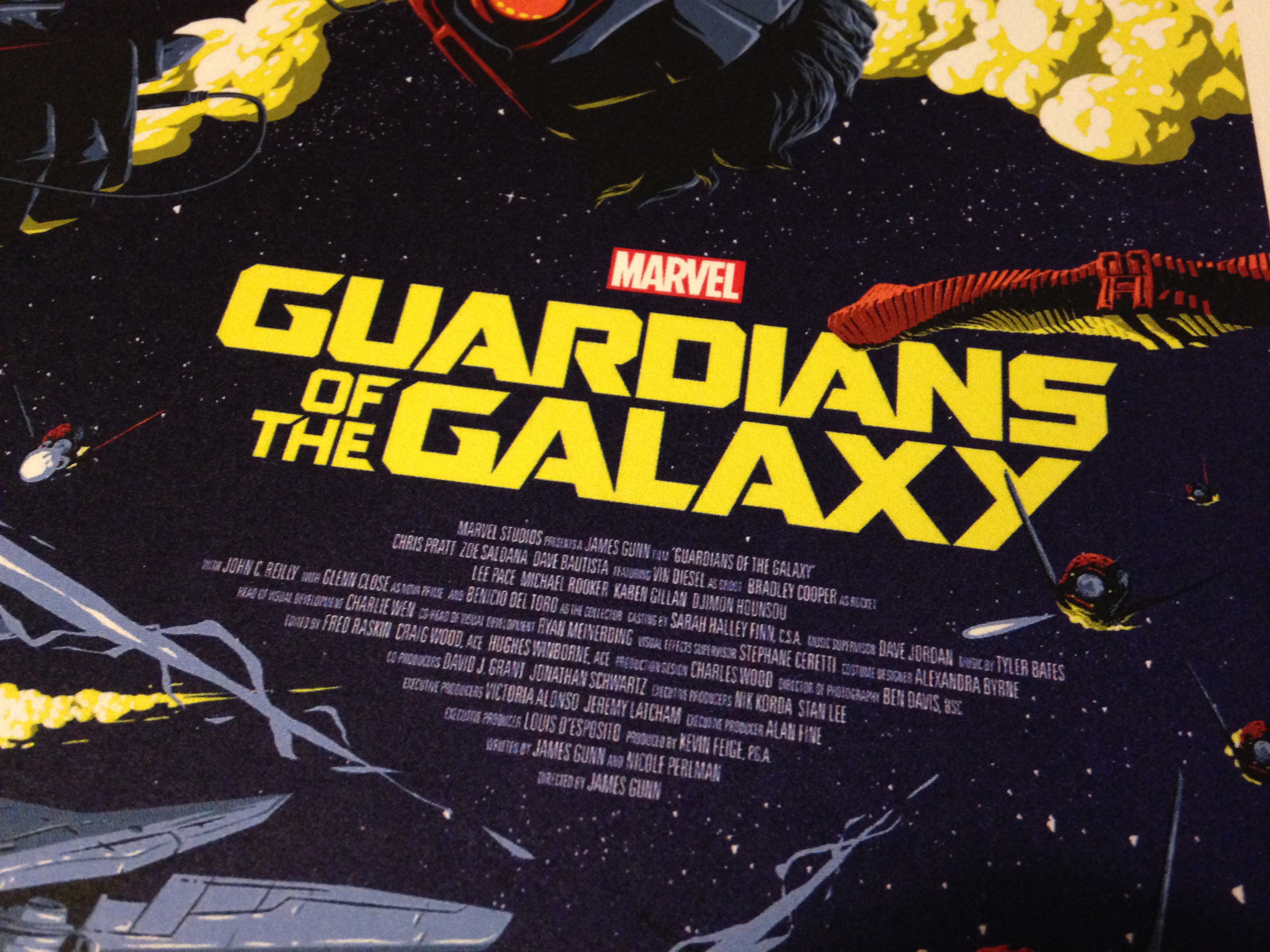 The next item is the one that stands out the most: a color changing “magical elixir lamp.” Its set up is simple, containing a base that lights up the “goo” in the potion bottle. It rotates through 8 different colored lights. 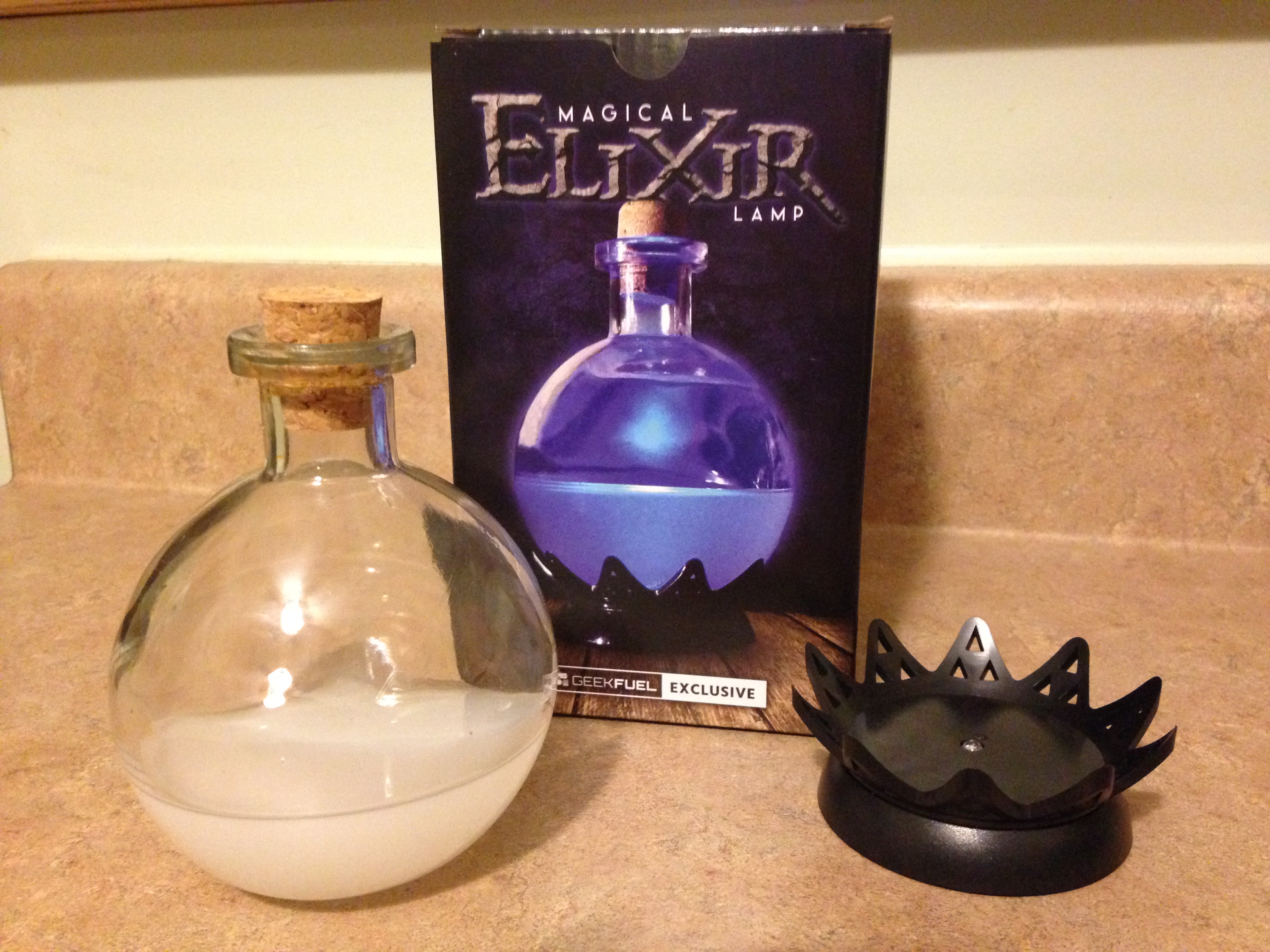 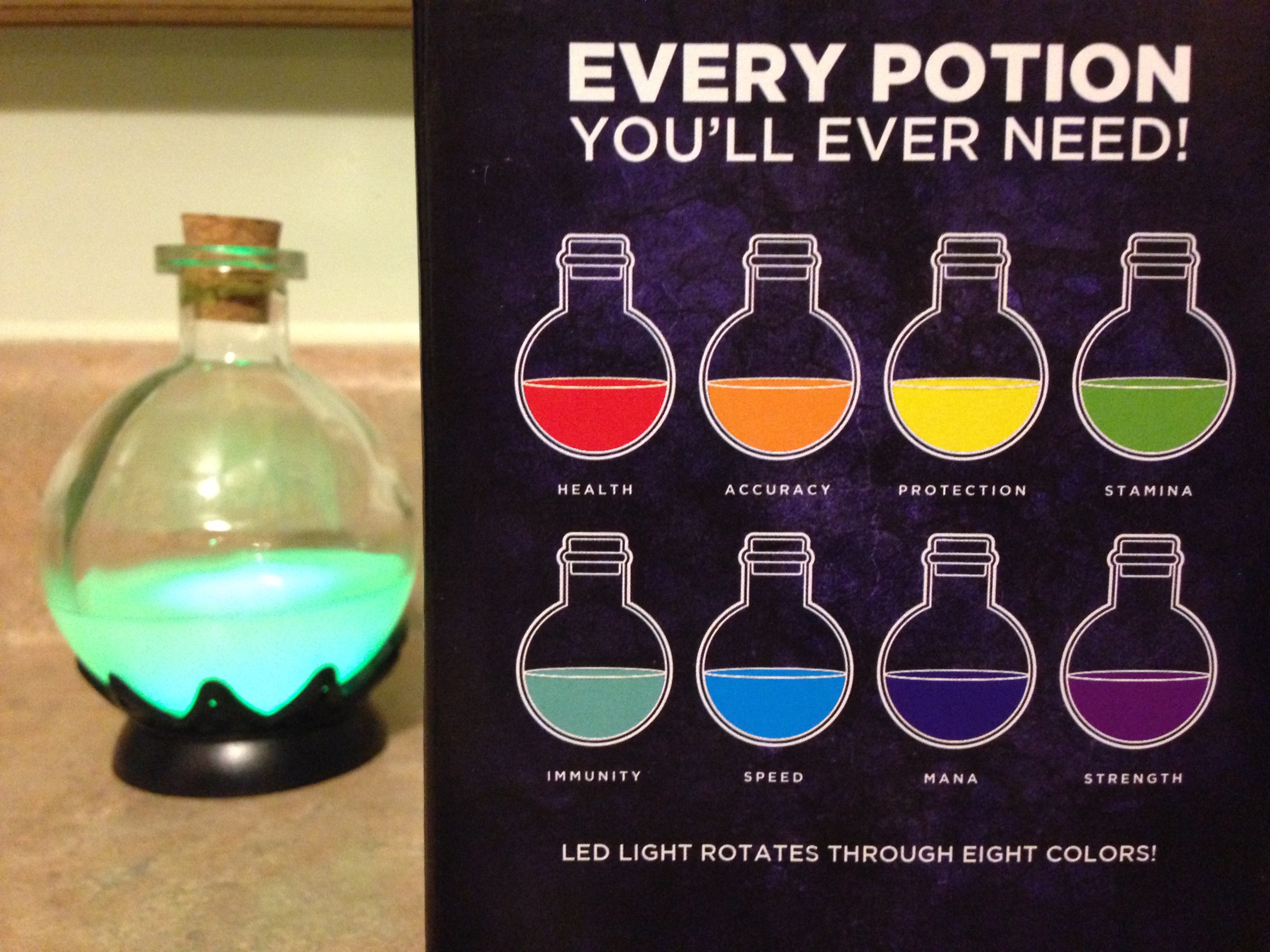 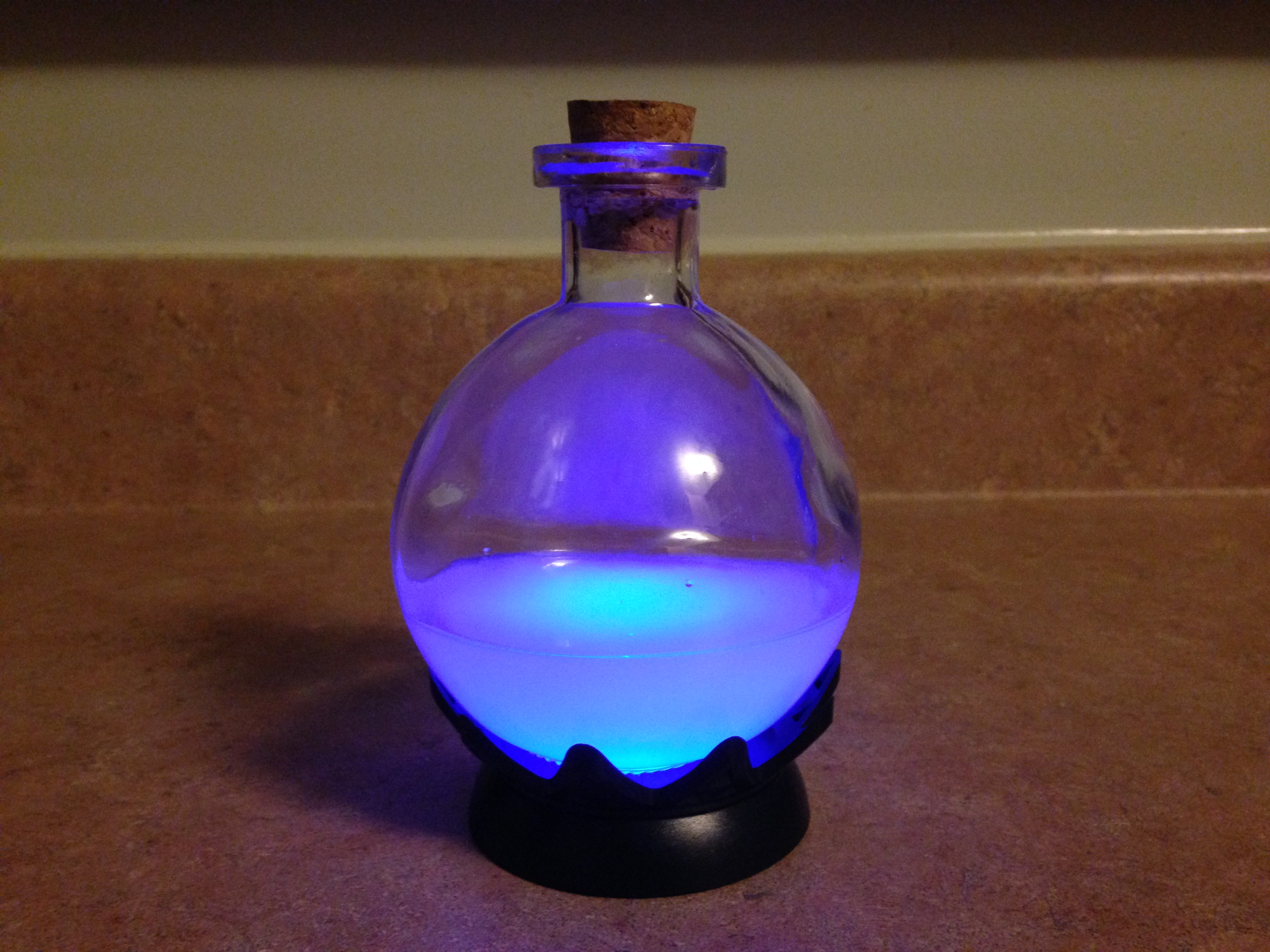 It doesn’t actually identify itself with any fandom, but that shouldn’t stop you from applying it to whatever you see fit (anyone else thinking Legend of Zelda?). Or you can just admire it for the cool and unusual lamp it is. Turning out the light gives it an eerie look… 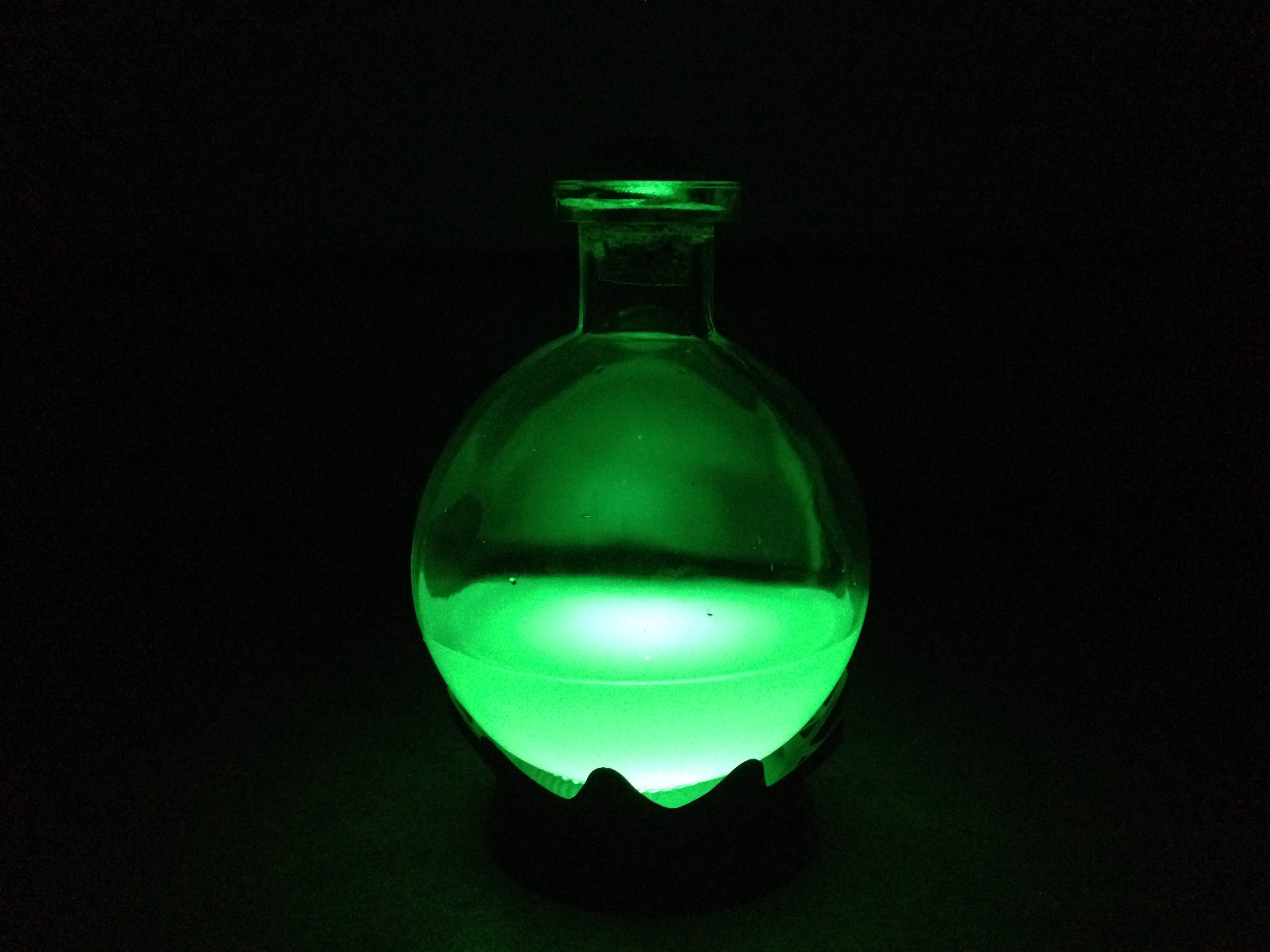 And finally, the Steam game included in the March’s Geek Fuel box is Starward Rogue. If you’re one for arcade style games, then this will be right up your alley. It’s reminiscent of Asteroids, with much more impressive graphics and an intriguing story. It was a very well-received game at its launch and has impressive reviews. 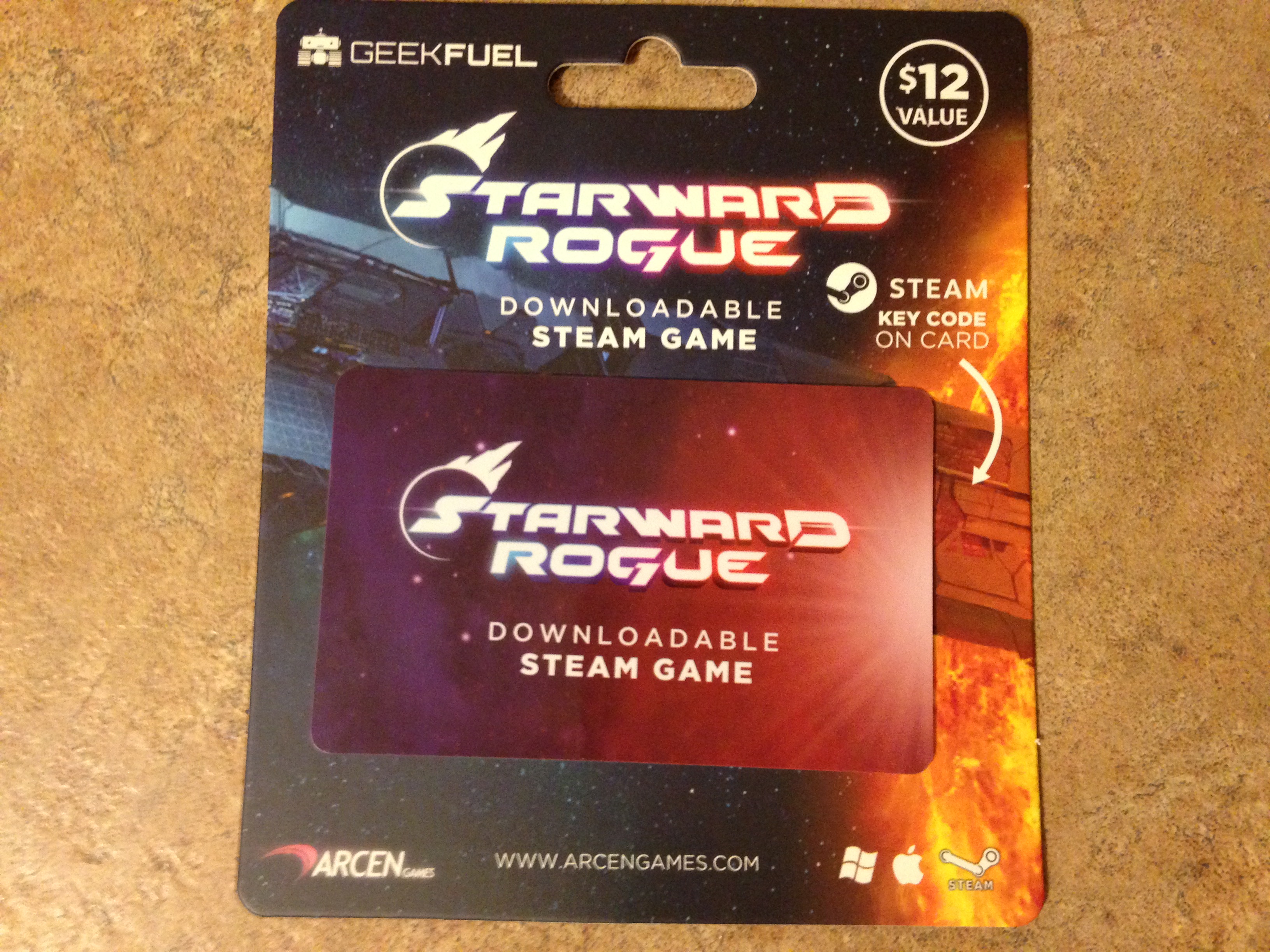 Well, color me impressed! I do get a kick out of Geek Fuel’s boxes and how such a random assortment of items can be so enjoyable. I get a lot of comments from visitors on the items I’ve strategically placed throughout my house from last month (almost all good with a few confused ones mixed in). If you’re a geek who likes surprises and great value, then you can’t go wrong. If you hurry, you may still be able to get March’s Mystery Box! Don’t forget to use this link to get $3 dollars off!