Neil Gaiman has announced the release date of his newest illustrated book The Sleeper and Spindle. Gaiman has once again teamed up with illustrator Chris Riddell to create a reimagining of a couple of beloved fairytales. Think Snow White mixed with Sleeping Beauty and add a dash of darkness, told in a way only Gaiman can.

Much like the story of Sleeping Beauty, a neighboring kingdom falls victim to an evil enchantress who has cast a sleeping spell on a beautiful princess and her kingdom. The spell slowly creeps through the land, threatening those it reaches. No attempt to save the princess and lift the curse has yet to succeed.

Enter our hero, or rather, our heroine – a young queen having second thoughts about her upcoming wedding and the finality of marriage. She sets aside her fanciful attire and instead dons her armor and picks up her sword. With the help of her dwarf companions – who act as a bit of comic relief for the story – the queen takes on the quest to save princess and break the evil enchantress’ spell.

A Clever and Wonderful Twist on an Old Tale 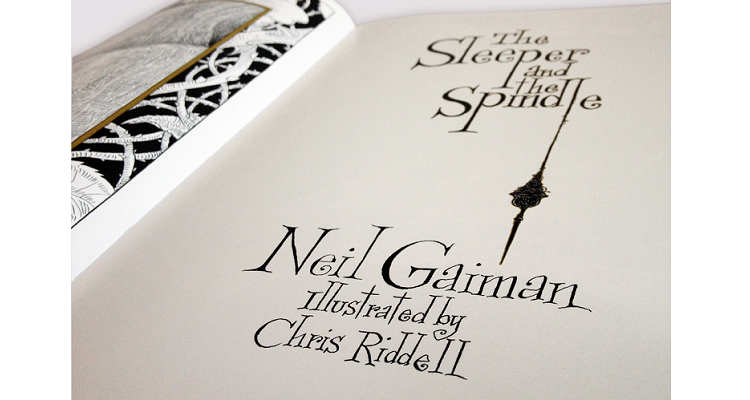 Gaiman shows his readers that not all heroes are charming princes swooping in to save the damsel in distress, and not all queens are just sitting around waiting for marriage so they can pop out a few kids and be done with it.

The story even has the young queen kissing the slumbering princess as a means to break the spell.

And although a spokesperson from Bloomsbury, the books publisher, said the story isn’t necessarily a gay story, the kiss sends a powerful message nonetheless.

This tale isn’t about romance between the two, but we all know only true love’s kiss can break a curse of that magnitude, and through his retelling of this classic fairytale, Gaiman introduces his young readers to the idea of love in its many forms.

Response from Critics and Fans

Suran Dickson, the CEO of Diversity Role Models, gave high praise to the book, “Our primary school workshops show us time and time again that all children understand love to be the most important aspect of a relationship. The Sleeper and the Spindle simply shows that not every princess will be awoken by a prince; this helps children understand different relationships, as well as giving representation to those young people with same-sex parents and can therefore reduce bullying.”

Then, of course, there’s the stunning metallic artwork by Chris Riddell. If you’re thinking his work looks familiar, he’s worked with Gaiman before. Riddell did the illustrations for Coraline and The Graveyard Book. 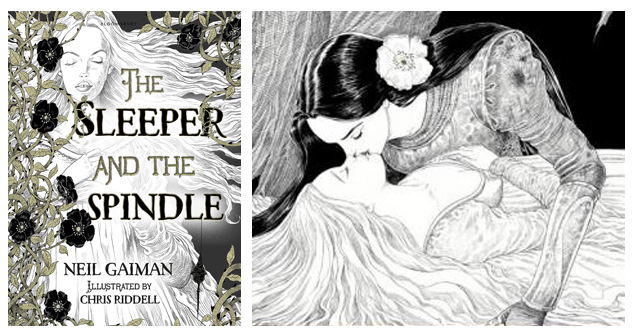 Although The Sleeper and The Spindle is a children’s book, Gaiman told fans recently that it is really a book for all ages.

The Sleeper and The Spindle is set to release in the UK October 23, 2014 and preorders are currently being taken. A release date for the US has not been set as of yet.