Home Living What Does a Tree Trunk Sound Like Played as a Record?
Living

What Does a Tree Trunk Sound Like Played as a Record? 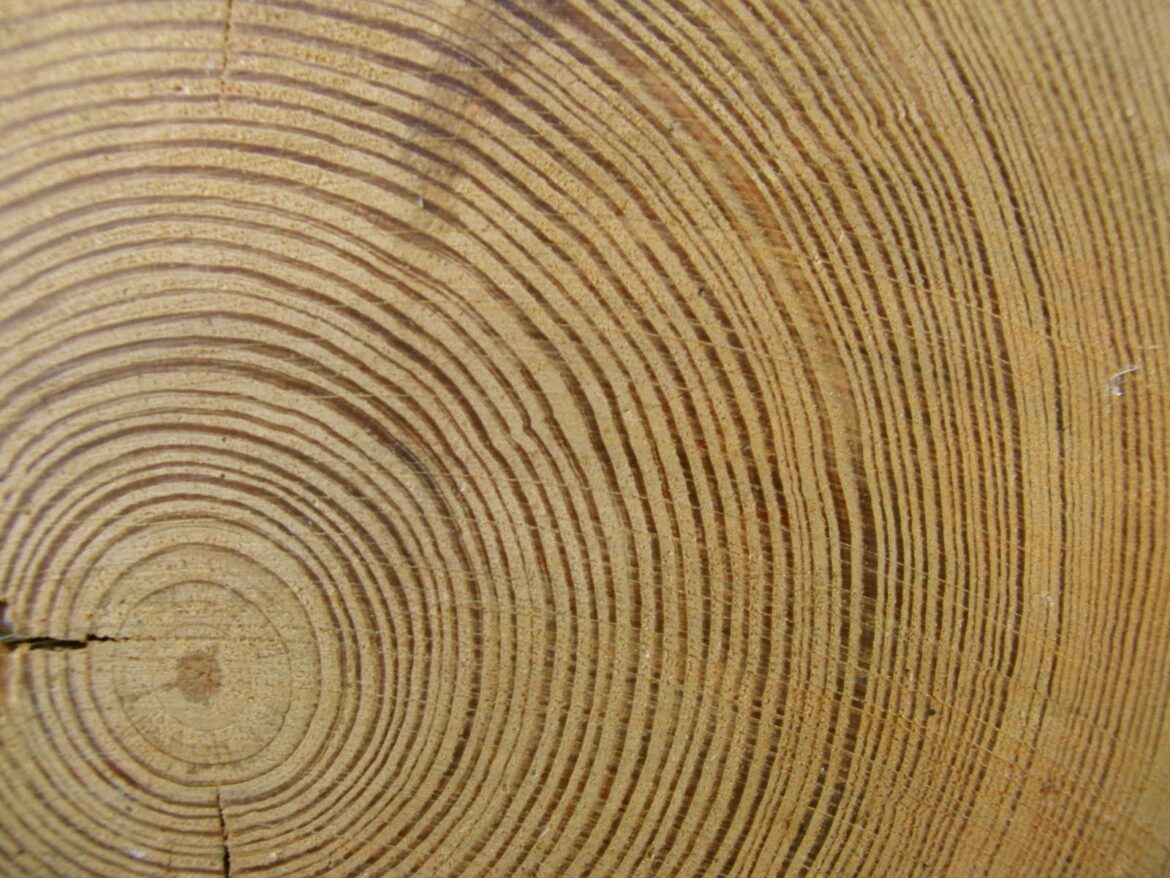 Every fifth-grade science student learns about the rings on a tree, and how they visually demonstrate the tree’s annual growth. While this knowledge might be the height of most people’s interest in dendrochronology, the science of dating trees by their rings, Austrian artist Bartholomäus Traubeck offers a striking new way to interpret growth rings: through music. Check out the video for his project “Years” below:

Traubeck designed a generative art piece that plays a tree trunk slice as if it were a vinyl record. Traubeck’s work involves a modified record player, onto which he places slices of different trees. Since the trees’ rings are naturally too imperfect to follow using a normal turntable’s needle, Traubeck decided to use a camera instead.
Whenever the tree’s rings pass through the camera’s field of view, they register an event, which is interpreted via programming into piano tones. The result is a breathtaking re-interpretation of a common natural phenomenon, a beautiful piece of music, and a startlingly original perspective on the passage of time.

In an interview at Data Garden, Traubeck discusses the compression of time into a short piece of audio. Although he admits this was not a consideration at the start of the project, Traubeck stumbled upon a fascinating parallel while creating “Years.” The grooves on a vinyl record denote the length of the recording to be reproduced, much like the growth lines on a tree trunk denote its age. Traubeck’s slices compress decades of development into minutes of audio, almost like an “audio version of a reverse timelapse.” The result is a dissonant, melancholy, and poignant tune that varies according to the different species and individual life experiences of the trees he uses.

It is also interesting to consider Traubeck’s choice of a piano for the voice of a tree. The piano has long been entrenched in our musical history as a personal, intimate, and expressive instrument. The personal connection that the Western listener shares with the piano adds another layer of meaning to “Years,” one that fosters emotional connotations associated in our minds which are accustomed to the sounds of 88 keys. On a technical level, piano samples also made the input messages from the tree slices easier to represent and pleasant to the ear.

Traubeck’s other works include experiments with tape loops, automation, and algorithmic composition. He acknowledges a total lack of musical background, noting instead that he prefers to set the rules by which a system should be governed, then sets the system into motion and captures the results. For example, his “Orte der Zeit” consists of papers dusted in powder, mounted on boards, and left outside exposed to nature. His final products produce divergent outcomes based on rigid programming, interspersed with the chaos inherent to real life.

According to Traubeck, the organized chaos of his algorithmic composition is “not just random, it’s this interplay with this rule set.”

You can read the full text of Traubeck’s interview here, check out Traubeck’s other work here, and purchase the 7-track digital album “Years” here.

Click and Scan with the LG LSM-100 Scanner Mouse