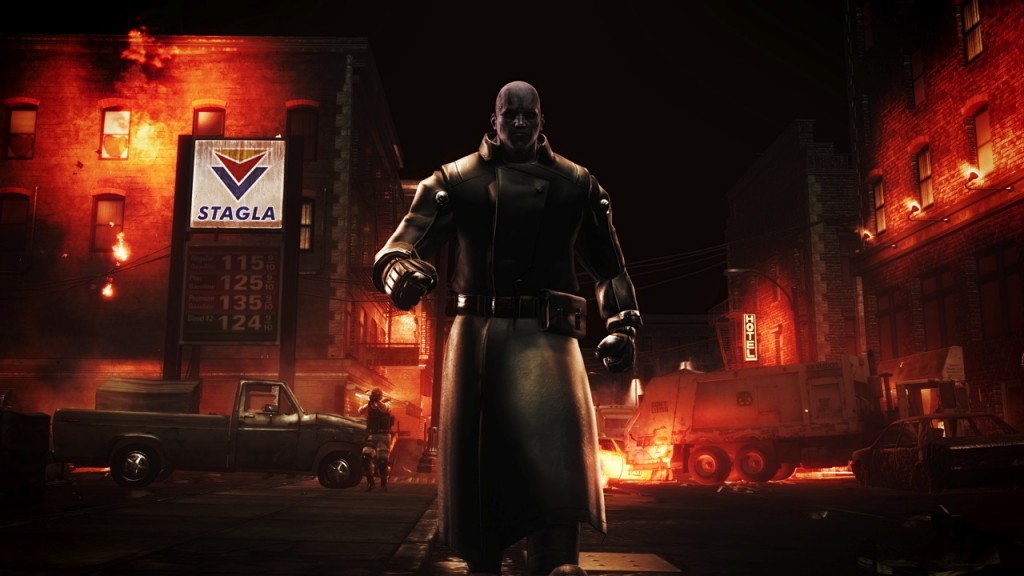 A survival horror series as prolific as Resident Evil has seen its fair share of monsters. Some of them were creepy; some of them were gross; some of them were so flat-out scary that they visited you in your nightmares long after you’d shut off the game console. And a few others had that extra special something (be a background story just a cool design) that made you remember them even after you’d forgotten the rest. Let’s slip on our nostalgia googles (and upgraded tactical vests) and check out the five most memorial monsters in Resident Evil history:

Many a CODE Veronica X player remembers Steve as “that loudmouth show-off who had a crush on Claire,” and not without good reason: from the moment he met game protagonist Claire Redfield, he tried (painfully) hard to impress her with an overblown macho bravado facade. He finally cooled his jets when he was forced to kill his own zombified father in order to save her and then confided in her the reason for his imprisonment at an Umbrella facility: his father’s betrayal of Umbrella, an act for which his entire family suffered the consequences. Being the warm-hearted person that she is, Claire forgave Steve for his ego and comforted him—an act of kindness for which the teenager was grateful. The two bonded and grew close with hints of romantic feelings beneath the surface—feelings that made Steve’s infection with the T-Veronica virus all the more heart-wrenching. After witnessing his transformation into a vicious, axe-wielding monster, players had to flee the room as quickly as possible while Steve (who couldn’t be stopped, not even with an infinite Linear Launcher) gave chase and then watch as Claire sank helplessly behind a set of bars that served as the only barriers between her and her former friend. Steve would remember himself briefly—just long enough to save Claire from game antagonist Alexia Ashford’s clutches—and take the fatal blow meant for her. The scene that followed, in which Claire stayed with him as he morphed back into a human and died, is surely one of the most emotional moments in Resident Evil history. (In fact, CAPCOM would later mirror it in Resident Evil 6, when Piers Nivans infected himself with the C-Virus, partially transforming himself into a monster, to save Claire’s brother Chris.)

Players who completed either Leon or Claire’s A game in Resident Evil 2 and subsequently proceeded to the corresponding B game found themselves facing an unanticipated challenge: eluding the unstoppable Mr. X, whose presence wasn’t at any time foreshadowed or alluded to in either A game. Those who played the original Resident Evil recognized Mr. X as a more sophisicated version of the Tyrant, that game’s final boss. Sci-fi enthusiasts could also spot the obvious Terminator influence in the tall, muscular creature, from its steady walk to its leather trench coat to its clinched, heavy jawline. Umbrella dispatched the experimental Mr. X to find a sample of William Birkin’s G-Virus and met up with Leon or Claire (depending on whether you were playing Leon B or Claire B) several times during its mission. Each time, it tried to pummel the protagonist to death, and each time, players could either evade it or unload enough ammo to kill a herd of elephants into it and knock it to the floor—a most unwise choice, as the monster simply crawled to its feet while the player exited the room. After suffering a dip in a pit full of molten steel (another nod to the Terminator film series), Mr. X finally met its match with a rocket to the chest. The creature would appear again in the CGI film Resident Evil: Damnation.

The scariest thing about this Las Plagas infectee (which retained its human appearance for the most part) was not the wire muzzle locked over its face or the three long, Wolverine-esque claws protruding from each hand (although they were pretty scary in their own right); it was the blackened laces that stitched together its eyelids over its empty eye sockets. Garrador appeared only a handful of times in Resident Evil 4, but one appearance was enough to give you a heart attack. Though blind, it made up for its lack of sight with super-sharp hearing, and one too-quick step was enough to send it and its six claws barreling in Leon’s direction. The key was to distract this hot-headed monster with a distant sound so that it went running in the opposite direction and drove its claws into a wall, where it would stay hooked long enough for players to pull some decent shots on the parasite latched to its back. But Garrador was a tough one, and even a few direct hits with the shotgun weren’t enough to bring it down before it ripped its claws free and ran after the source of gunfire. Players low on health were “treated” to the sight of one of the creature’s claws skewering Leon’s head like a kabob.

Although impalement is a pretty gruesome way to go, nothing beats a good old-fashion beheading as Dr. Salvador proved. Leon first stumbled upon this creature in the Pueblo village close to the beginning of Resident Evil 4. Like its fellow Las Plagas infectee Garrador, Dr. Salvador retained its human appearance (usually even appearing in farmer’s attire) and came armed with a deadly melee weapon. Unlike Garradar’s six claws, one hit from this weapon—a fuel-powered chainsaw—was an automatic death, regardless of how high your health was. In fact, a blow from the good doctor’s chainsaw triggered a short scene in which it sawed off Leon’s head, accompanied by a splash of blood. Remind us not to make an appointment at the Pueblo clinic any time soon.

Although Resident Evil 3 isn’t remembered as the greatest Resident Evil game ever (many fans consider it one of the more mediocre classic Resident Evil titles), it is remembered for the introduction of Nemesis. Like Mr. X, Nemesis was dispatched by Umbrella and stalked the game’s protagonist (in this case, Jill Valentine) through the game, often forcing players into a “fight or flight” scenerio. Unlike Mr. X, it tracked its target with great vigor. Nemesis could stalk players through several areas, and even after it had lost the trail, it still wandered the streets of Raccoon City in search of Jill and her fellow S.T.A.R.S. Members, making its appearances unpredictable. Often players could not hear the heavy thumping of its boots or the blood-curdling hiss of its signature line, “S.T.A.R.S!” until after the monster had spotted them and started to give chase. Nemesis finally bit the big one when Jill lured the monster, by then so mutated and disfigured to the point of having to lurch forward, into the path of a fully charged laser cannon. Even then, it took one last shot from a Colt Python to end the creature’s life.

Unlike most monsters in the Resident Evil universe, Nemesis’s relentlessness and misshapen, grinning face have given the creature such personality that many fans consider it a character instead of a monster. It has gained such massive popularity among fans that they often think of it before any of Resident Evil 3‘s human characters, even Jill, when discussing the game. “S.T.A.R.S.,” indeed.