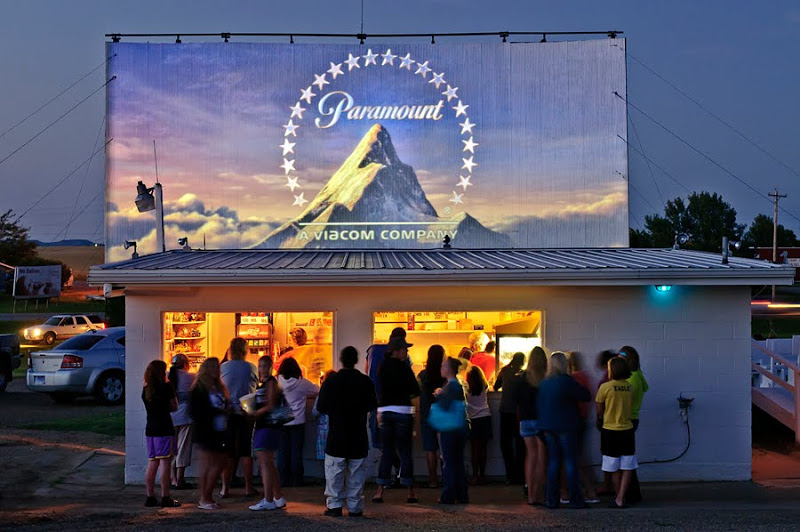 By societal standards, I guess I’m an adult. I have insurance payments, student debt, job-hunting marathons, and a car hood that’s been held down with duct tape. If the modern portrayal of the early-20’s woman is accurate, then I suppose I could be called an adult.

But a recent journey to the local drive-in movie theater reminded me that even alleged adults can still be kids at heart. All it took was a larger-than-life screen, a neon glowing snack stand silhouetted against woods filled with lightening bugs, and a back-to-back screening of two of summer’s goofiest movies.

“Into the Storm” began sharply at dusk – a phrase that is a contradiction in terms as sunset in Western Pennsylvania varies dependent on which hill one finds oneself standing on.

But that’s rather irrelevant to the irreverent film at hand.

Steven Quale’s flick about monster tornadoes tearing through a Midwestern town sloppily throws together stormchasters, daddy issues, awful employers, stereotyped rednecks for comic relief, and the shortest high school graduation in modern memory. Quale expects viewers to form some emotional connection to the motherless sons ignored by their principal father, or to relate to small town hubris through a series of interviews with Joe Somebody down the street

Really, the only character I cared about was the dog. Kid at heart, remember?

And honestly, this movie is called “Into the Storm.” I’m here to watch tornados blaze through cornfields, not listen to the female lead Skype her mother and daughter back home in Boringville, USA. And I’ll give Quale a few stars on that front – it was pretty amusing to watch four “sister twisters” (as I’ve taken to calling them) dance across the screen against the backdrop of drive-in field as Godzilla tour up San Francisco on a neighboring screen. I’m not sure this film would have been as amusing viewed in a theater behind some dude updating his Twitter account, but again, that’s the point of the drive-in.

As grand as some of the tornado scenes were, I frequently found myself turning to my meteorologist brother, who was sitting beside me munching on Lay’s BBQ chips (they come highly recommended from everyone in our viewing party) and asking if the huge hailstorm could kill a person, if a tornado that size could really lift airplanes off the ground, and if a twister could actually catch on fire and turn in a blazing pillar of death. Guess what? I found out that “Into the Storm” isn’t exactly scientific realism on screen. Shocking, I know.

Yet for all its flaws, some aspects of “Into the Storm” did excite my inner child as I sat happily in the back of our Subaru munching through barrels of kettle corn. For one, the dog survived. If that’s not a rousing vote of approval for Quayle’s film, then I don’t know what is. Also, playing the “Richard Armitage, your accent is showing again” game was amusing. All things considered, I’d only suggest seeing “Into the Storm” if a Marvel movie is the next feature or if you really enjoy muddled found footage films that exploit national tragedies of natural disasters.

Moving on. Another round of corndogs and blue slushies, please.

‘Guardians of the Galaxy’

By now, the movie-goers (drive-in-goers?) at the “Godzilla” and “Lucy” screens had finished their first feature and were also migrating toward the neon siren song of the snack stand and restroom. Time to make moves back to screen number two – there was no way I was missing out on the characteristic comic book intro that beckons Marvel geeks home.

This was my second viewing of “Guardians of the Galaxy,” and I might posit that it’s even better this time. I knew when the jokes are coming. I knew when Star-Lord (I’m calling him that, I think it’s cool) is going to flip on his playlist, and I new when I can take a bathroom break – I’m looking at you, sentimental filler scene after Drax gets his ass handed to him on Nowhere.

But most of all, I could really experience the huge and beautiful appeal of this movie. I love that adults smiled at Star-Lord’s playlist while kids boogied down around their car speakers as Blue Swede’s “Hooked on a Feeling” drifted across the grassy field. I loved that everyone, on some level, connected with Rocket’s drunken rant and I loved that those lucky few who stuck around for the end credits scenes were treated to a baby dancing tree and a drunk (and cleaner) Howard the Duck.

Like drive-in movie theaters, Marvel’s appeal lies in its refusal to take itself too seriously.

But perhaps what we love most about both drive-ins and Marvel Studios are their ability to turn adults into kids again. Because for one late summer night, I forgot about my student loans and car payments and impending job search, and I found myself totally immersed in a trans-galactic flight across the universe with a talking raccoon, smiling tree, linguistic fighter, green assassin, and childlike bandit.

What else could I ask for?

Well, other than another corndog.