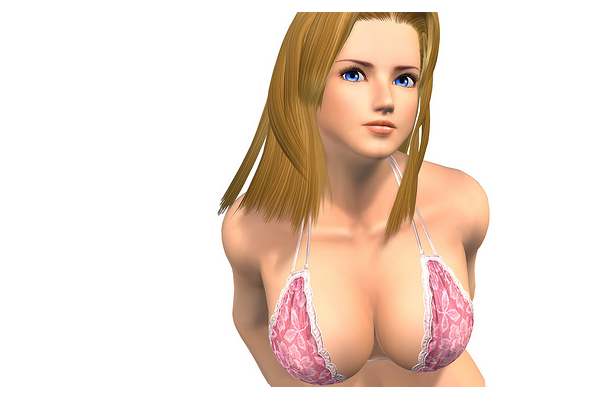 The video game industry is no stranger to breasts. They’re just about in every game you can buy these days and also featured prominently in the games of yesteryear. Big breasts, little breasts, breasts as big as your head; all of this and more in Geek Insider’s Top 5 Video Game Breasts. 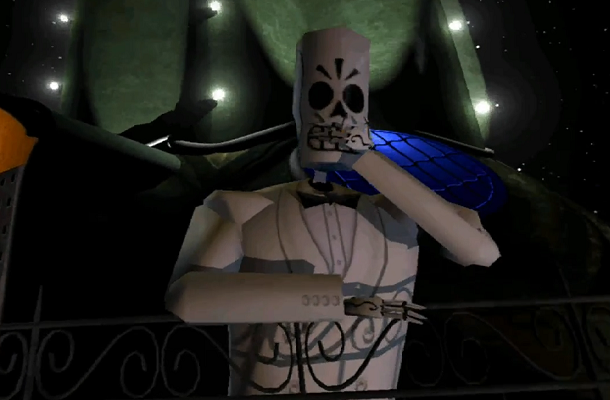 It must be tough being a short, Mexican skeleton dude serving an eternity in the Land of the Dead for sins he doesn’t remember committing. But Grim Fandango‘s Manny Calavera makes the most of his misfortune by opening up his own casino and making a heap of cash from his skeletal patrons. A skeleton with style, Manny makes sure to look his finest at all times by sporting a classy four-buttoned, double-breasted suit jacket.

It’s a prefect choice in many ways. Four-buttoned double-breasted suit jackets do wonders to conceal a man’s short stature, and the crisp, clean black and white colour scheme match Manny’s bony completion to a tee. Such stylish attire is more than deserving of placement on this list. 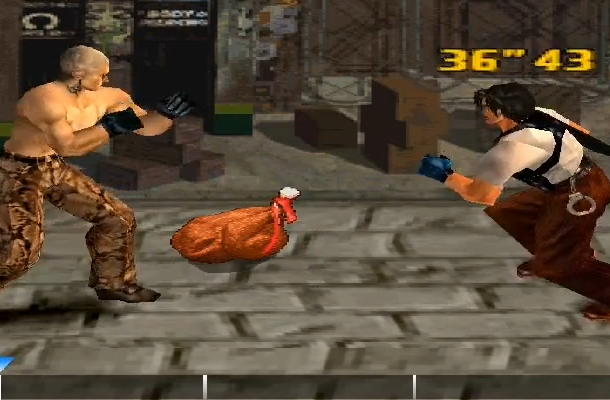 Smooth 3D graphics, tight controls, tonnes of characters and a range of spectacular moves and combos; Namco’s seminal fighting game Tekken 3 was one of the greatest and most memorable of its generation.

In all seriousness, the one key element of Tekken 3‘s success was not in its gameplay, but in its large, juicy chicken breasts. Just ask anyone who played Tekken 3 during the 90’s about its “Tekken Force Mode” and they’ll all tell you the same thing. 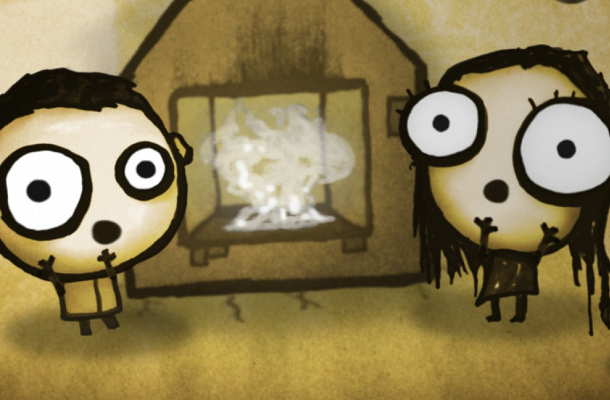 Come sit round the fire dear children. We’re going to play a fun game I like to call Little Inferno. So get your teddy bears and important documents at the ready because it’s time to burn!

Of course, I’m referring to indie game Little Inferno which features a line of toy chimney breasts named in which all the happy little boys and girls can burn their unwanted possessions, just for fun.

Run out of things to burn? Never fear! Just flick through The Tomorrow Corporation’s handy catalogue find more perfectly good toys to burn in your favourite chimney breast. Out of all the breasts in video games, there’s no doubt in our minds that Little Inferno‘s chimney breasts are some of the most wonderful. 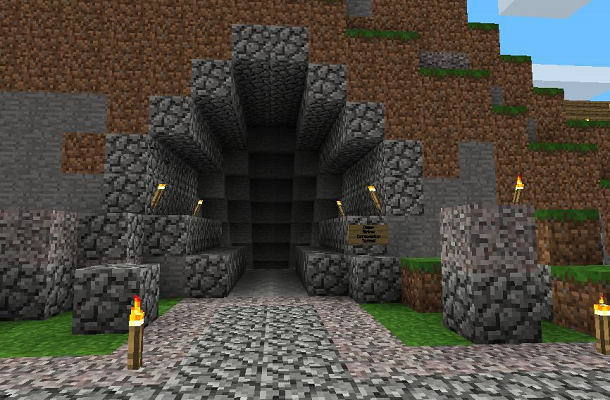 Oh the never ending joys of Minecraft. There’s so much to build, so much to farm and so much to craft. But at the end of the day, each and every Minecraft player will at some point build themselves a mine. Mines with ladders, mines with mine carts, mines with lava and water flowing free, it doesn’t what the mine looks on the inside, just so long as the mine’s breast is well taken care of.

A mine’s breast is of course its opening or entrance and as such should look gorgeous amidst the wildlife of the overworld. Here’s a tip, use multiple blocks of wool to give your mine’s breast a fabulous striped pattern. Even better, try building a set of automatic, double iron doors in front of your mine hooked up to note blocks via redstone and voilà, instant doorbell. Oh the possibilities are absolutely endless!

Everyone’s doing it, so go ahead and make your Minecraft mines’ breasts the envy of your friends!

#1 Cow Breasts – The Legend of Zelda: Ocarina of Time

“But Michael, these udders are completely unrelated to the previous four exquisite breasts!” I hear you cry. But worry not, ye avid Geek Insider readers, as udders have more to do with breasts than you may think.

Udders are of course a distinctive feature of mammalian quadrupeds, with the bovine version being the main source of milk used for consumption around the world. Udders are comprised of multiple, milk secreting mammary glands such as those found in the breasts of other mammalian species, including female humans.

They may not be much to look at, but the udders of the cows in The Legend of Zelda: Ocarina of Time are an invaluable tool in the quest to rid the land of evil. Simply play Epona’s Song on your ocarina in the presence of a cow and it will be more than happy to squirt its milk into any empty bottle you happen to have on your possession. The tasty milk can then be drunk at any time to replenish health, quench your thirst, and strengthen your teeth and bones with calcium power.

While many will not agree that Ocarina of Time‘s “cow breasts” belong on this list of exquisite video game breasts, none can deny the exquisiteness of their warm, delicious and truly unforgettable milk.

Well? Do you? Let us know which video game breasts you like the most by leaving a comment below!