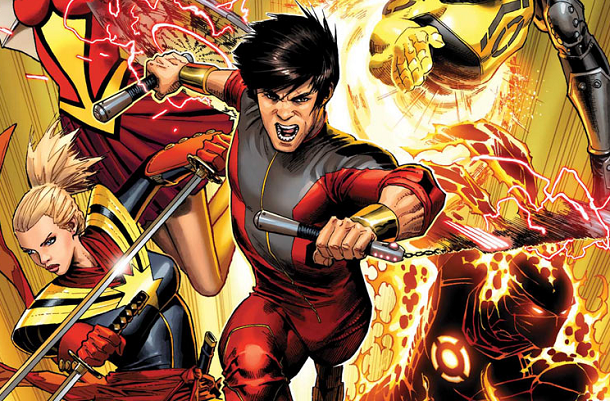 Marvel’s Avengers: The Story So Far

The Marvel Universe was almost completely destroyed as a result of the “Avengers vs. X-Men” event which saw both teams battle it out over control of the immensely powerful Phoenix Force. The saga concluded with the Earth being saved, the Phoenix Force generating millions of new mutants across the globe, and Steve Rogers a.k.a. Captain America deciding to open the doors of Avengers Tower to any super-hero worthy of joining the iconic team.

More information on the events leading up to the new Avengers series can be found in Geek Insider’s article “On the Uncanny Avengers ‘M’ Word Debate”.

During a reconnaissance mission to Mars, the Avengers discover an alien being named Ex Nihlo who has terraformed the the red planet as part of his mission to create a perfect world. Ex Nihlo then proceeds to launch “Genesis Bombs” at Earth in order to wipe out all sentient life and rebuild our planet from the ground up. One of the Genesis Bombs lands on Regina, Canada and transforms the city into a huge oasis, killing its inhabitants in the process.

The Invasion Has Already Begun

In Avengers #10, Captain America’s team are sent into Regina to rescue Canadian super-hero squad Omega Flight who have disappeared while trying to survey the overgrown city. The bizarre ordeals that both Omega Flight and the Avengers are subjected to while in Regina can be read in greater detail in our review of Avengers #10.

The events of the Avengers series as well as all those under the new “Marvel NOW!” banner are leading up to an interstellar war against supremely powerful alien invaders. However, as part of Free Comic Book Day 2013, Marvel’s Infinity comic book reveals that the invasion already well under way… 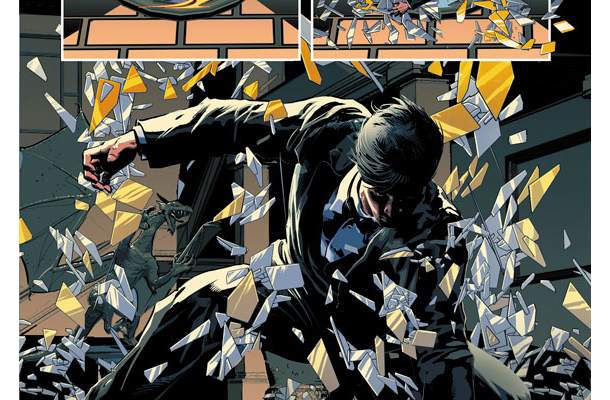 Since becoming a U.N. recognised nation-state, evil scientific organisation A.I.M. has been free to carry out research on the effects of Ex Nihlo’s Genesis Bombs with complete diplomatic immunity. After learning that A.I.M. plan to sell a newly developed bioweapon at a Hong Kong casino, S.H.E.I.L.D. assign an Avengers team the task of retrieving the weapon and identifying all potential parties.

If you were to take the name and issue number off Avengers #11, there’d be little indication that this book has any relation to Avengers #10. Both issues have been put together by Jonathan Hickman, Mike Deodato and Frank Martin, but both issues have their own distinct tone that help separate the two stories being told. Although I was eager to find out what happened to Validator, Omega Flight, Captain America and the rest of the gang following Avengers #10, this issue offered a much needed break to what has been a very heavy hitting comic series. 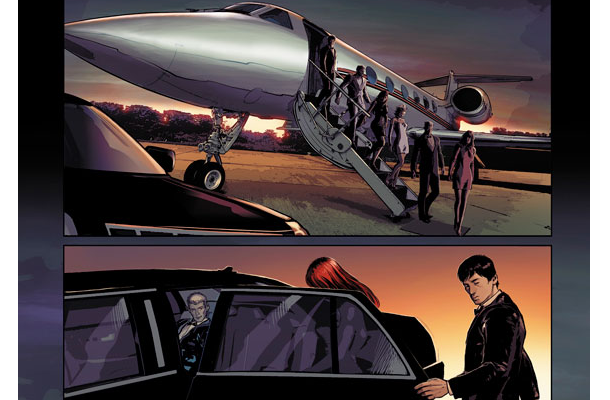 Hickman has taken off his sci-fi hat and has shown off his characterisation skills by imbuing each of the six characters with very believable personalities. New characters Sunspot and Cannonball cause mischief around the casino in drunken, brotherly glee while Shang-Chi shows off his meditative martial arts and chi manipulation against a group of ninjas. At the same time Spider-Woman attempts to dissuade Black Widow from torturing their targets, and Captain Marvel confidently confronts A.I.M. scientist Dr. Mathias Deeds in a heated bout of gambling.

Deodato is a man who obviously appreciates the female form. Each of the female Avengers members are beautifully drawn in proportion and give off just the right balance of sex appeal and genuine empowerment. It’s a comic book industry talent that is in short supply and Deodato should be commended for his respect of Marvel’s female characters as well as Marvel’s female readers. 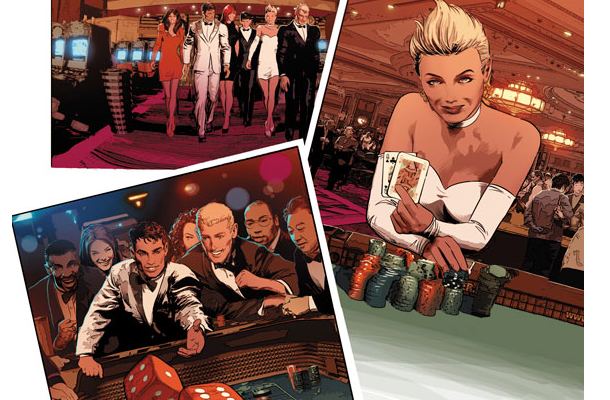 The ladies look gorgeous in their formal evening attire as they stride through the dimly lit halls of the casino while patrons gamble their night away. Martin’s watercolour-esque colouring gives these scenes a gritty feel that perfectly matches the tone and the importance of the Avenger’s covert mission. I had my doubts over Deodato and Martin’s unique art style in Avengers #10, but I’ve been proved wrong, and I’m all the better for it.

Geek Insider: Your No. 1 Stop for Comic Book Reviews!

Those who read my review of Avengers #10 will be aware of my warning of the issue’s lack of accessibility. Thankfully, Avengers #11 doesn’t suffer from the same problem and is very much a self contained story that can be easily enjoyed by anyone new to the Avengers series. Whether or not we’ll uncover more of Ex Nihlo’s secrets in Avengers #12 is yet to be seen, but what you can count on is more quality comic book reviews coming to Geek Insider soon!