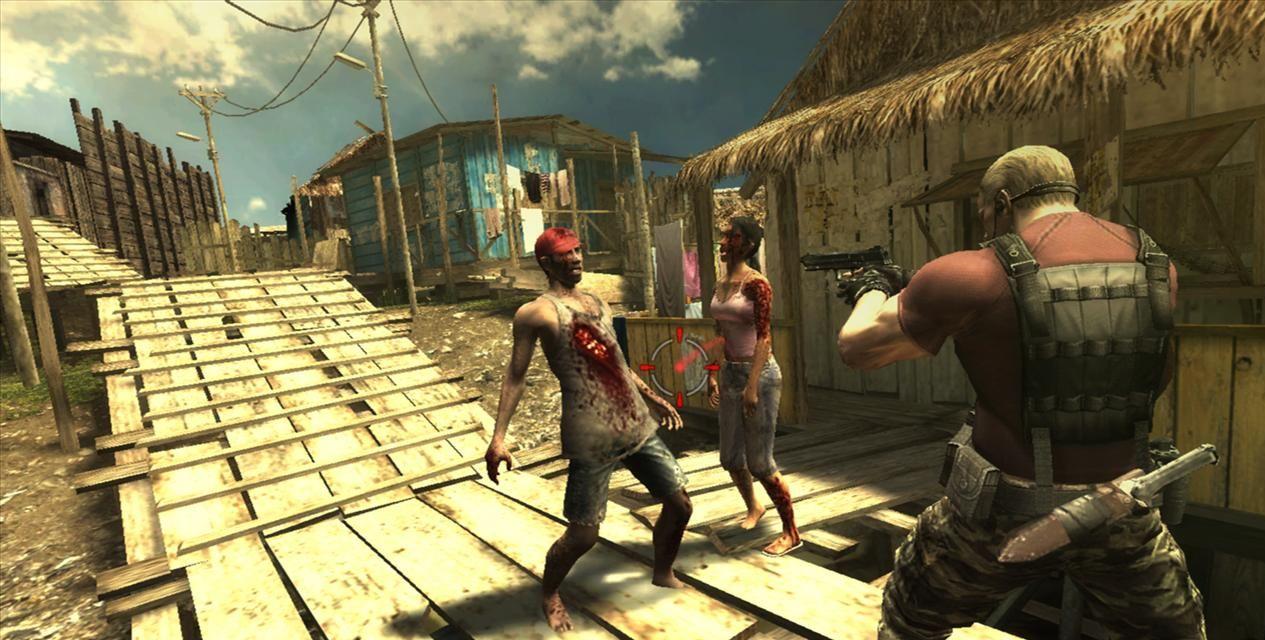 The story of the Resident Evil saga has taken both its characters and fans far and wide, from the swamp-infested jungles of South America to the frozen wastelands of the Antarctic.  The series’s last major installment, Resident Evil 6, flew players from the snow mountains of Edonia to the suburbs of America and finally to the inner city streets of China.  Sadly, though as massive and gorgeously rendered as some of these locations are, not many of them do the series any favors in the way of returning to established plot lines or even achieving the “survival horror” effect that CAPCOM stated they were interested in reincorporating into the series.  To reach those goals, CAPCOM may want to consider the following settngs while making the next Resident Evil entry:

A trip to the world’s largest country in the next game wouldn’t be the first time that the series’ main cast has visited Russia.  In 2007’s Resident Evil: the Umbrella Chronicles, series veterans Jill Valentine, Chris Redfield, and Albert Wesker all traveled to a major Umbrella facility hidden away in the Caucasus Mountains with the intention of ending the pharmaceutical giant’s reign –either to help stabilize global well-being or, in Wesker’s case, to steal the company’s research for personal gain.  Since Umbrella seemed to value the seclusion of the region so much that it built one of its major facilities in it, it’s a safe bet that it maintained other strongholds there—not just in the Caucasus Mountains but throughout the whole of the large, multi-faceted country.  Not to mention, some B.O.W.-hunting fun on the Russian plain could open the possibility of an appearance by M.I.A. Resident Evil 3 antagonist Nicholai Zinoziev.  And wherever Nicholai goes, he’s sure to leave a path of destruction—and death—behind.

Those who’ve played Resident Evil: CODE Veronica X may recall that, before Umbrella caught her and carted her off to Rockfort Island, Chris Redfield’s younger sister Claire had traveled to the City of Lights in search of her missing brother.  It was her investigation and infiltration of an Umbrella research facility located in Paris that led to her capture and imprisonment.  The eventual disintegration of Umbrella and rise of other ruthless pharmaceutical giants in its wake begs the question: what happened to the Parisian research facility?  An obvious answer would be “it was demolished” or “it was bought out and turned into office space”—but those who believe either are forgetting about the vast network of catacombs that lies just under the city’s surface.  So vast are the catacombs that a good percentage thereof is closed to the public for fear of curious wanderers entering the mazelike network and becoming lost forever.  Its dark, corpse-filled depths would make a choice location for a secret lab full of monstrous creations—especially one that keeps running long after its mother dies.

Karst caverns form when a layer of rock beneath the earth’s surface dissolves, leaving behind a network of dark space that can stretch for miles.  (In fact, the ends of some Karst caverns have yet to be found.)  That dark space houses stalactites and stalagmites of various sizes, deep pools of water, and seemingly bottomless pits that aren’t noticeable until you’re right up on them—in other words, lots of little nooks and crannies for creepy crawlies to hide in.  It sounds like just the right place in which to conduct secret experiments and hide the horrifying results, especially considering the large amount of sinkholes and nearly hidden, man-sized openings that usually form with this kind of cavern.  They’d make perfect secret entrances for the scientists who run this hypothetical operation—not to mention perfect exits for the aforementioned “horrifying results.  And the way a flashlight would throw the stalagmites’ shadows?  Cree—py.

A not-so-fun House of Horrors at Halloween

Ah, childhood.  A time of joy and laughter.  And that time doesn’t get much better than Halloween, the only time of the year when you get to dress up as your favorite movie monster and stuff your face with all the candy you want.  A major staple of Halloween is the haunted house, usually represented by plywood carnival houses packed with fake body parts and people in masks grabbing at guests from hidden compartments.  Such childish thrill rides tend not to spook adults, least of all hardened survivors like Chris Redfield and Jill Valentine…unless perhaps certain aspects of the ride looked eerily like a certain mansion.  And, like the aforementioned certain mansion, contained real body parts—evidence of a recent B.O.W. attack.  Even Chris and Jill couldn’t help but be a little creeped out.

As mentioned before, CAPCOM has stated several times that it wishes to return to Resident Evil’s survival horror roots.  What better setting is there for returning to the series’s roots than going back to the place where it all began: the mountain community surrounding Raccoon City?  Sure, the whole place was nuked, but that doesn’t mean that everything died.  Resident Evils 0, 1, 2, and 3 all implied that Umbrella had a fondness for building various facilities that ran deep underground throughout the whole region; it wouldn’t be all that farfetched to think that something kept way underground on the outer ring of the explosion may have escaped post-nuke, made its way to the surface, and now resides in the ruins of the forgotten city.  And Resident Evil: CODE Veronica X confirmed that many of the monsters wandering the halls of Rockfort Island’s facilities survived the bombing of the island.  It could be worth a future villain’s time and effort to revisit the island and see what sorts of monsters—and virus samples—he or she can obtain.