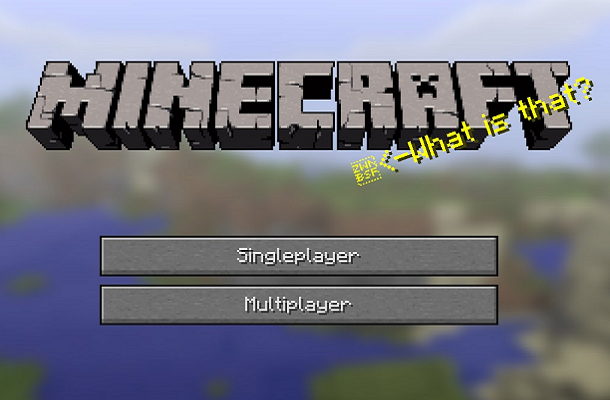 Set in a world made entirely of cubes, Minecraft gives the player the keys to an infinitely large sand box to build, craft and adventure in. Each block can be broken and replaced, allowing fans around the world to build skyscrapers, pirate ships, computers, musical boxes and even a scale model of the U.S.S. Enterprise.

But the world of Minecraft can be an intimidating one to first time players who are unfamiliar with the many secrets its blocky world holds. To help out with your first cubed adventure here’s Geek Insider’s Top 5 Minecraft Tips for Beginners.

#5
Never Ever Dig Straight Up or Down

The shortest distance between two points is always a straight line. But in Minecraft, digging straight down in search for rare metals is extremely hazardous. You make break through the ceiling of an underground cave, chasm, or even a lake of lava, resulting in instant death. Likewise, digging directly upwards, once underground, can unleash a cascade of lava or water, which could drown you.

It’s a very common newbie mistake, but one that’s easily avoidable. Simply dig at an angle of at least one block, and form a spiral staircase into the ground. This way you won’t fall to your doom if you uncover something nasty and have time to run away if you hit a stream of lava. 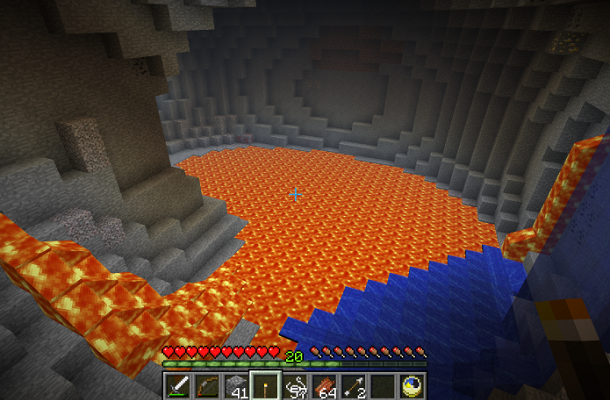 #4
Always Carry a Bucket of Water

It may be strange to think that a simple bucket could save your life, but in Minecraft a bucket of water is an absolutely essential tool when mining. A simple iron bucket can be crafted from three iron ingots in a small “V” shape and can then be used to pick up and place water spawn blocks.

#3
Fortify your Base Against Monster Attacks

This may seem obvious, but a wandering creeper can easily destroy you, your home, and your precious belongings. Ensure that your house is well lit on the inside and the outside to prevent monsters spawning in and around your home. It’s also better to have a series of smaller rooms connected by doors than one large one, so if a monster does appear inside, you can escape and prepare for battle.

Consider fencing off the surrounding area with cobblestone walls with a ditch or moat on the outside to trap invading monsters.

#2
Play with Friends to get More Done

Both the Xbox 360 version of Minecraft and the original PC version allow for players to join forces and play Minecraft together. The amount you will be able to achieve, with just one or two extra block hands, makes it well worth it. Whether you’re storming a monster’s stronghold, harvesting your crops, or building a gigantic landmark, you’re bound to have more fun and finish the task more quickly when you’re playing with your friends.

The Minecraft world is a lovely place to be when the sun’s shining. But once night draws in, the landscape becomes absolutely full of deadly monsters. It only takes a few too many skeletons to pin you down and pummel you with arrows and a gang of agile spiders will tear you to shreds in seconds. Even if you have full diamond armour and an enchanted sword, an exploding creeper can still appear out of nowhere and destroy your buildings.

In addition to this, non-undead monsters that appear at night will still be there in the morning. It is best to skip the night completely and have a monster free day. It doesn’t matter which way you look at it, it’s always a bad idea to go out at night.

What are your Favourite Tips and Tricks?

Minecraft is an absolutely huge game with many different aspects, each of which could easily fill their own articles. But what’s your favourite part of playing Minecraft? Have you got your own tips and tricks to share? Perhaps you’re having trouble playing and need some help; leave us a comment and we’ll be more than happy to help you out!