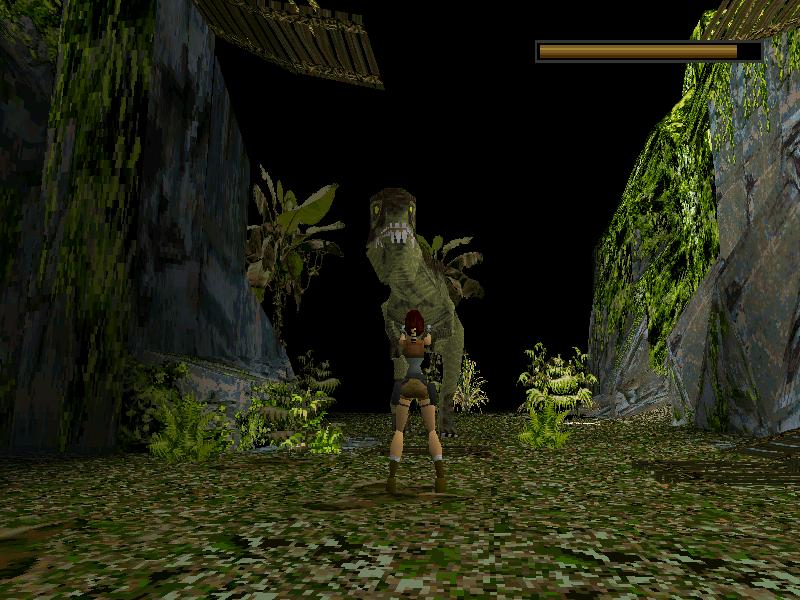 Tomb Raider star Lara Croft has never been one to spend Friday night—or any night—at home. Having the good fortune of being both active and rich (not to mention fictional) has granted her the freedom to travel around the world several times over. Although the locations of Ms. Croft’s adventures have always thrilled and entertained us, there are a few that stick out in our minds as “definitely Tomb Raider.” Below is a list of the five most memorable locations in Tomb Raider history:

After obtaining Thor’s legendary hammer, Lara dove to the bottom of the Arctic Sea in search of the entrance to Norse underworld Helheim. Her dive would see her through a gorgeously rendered underwater environment infested with hungry sharks that could be dispatched with a swing or two of the powerful hammer, even from a distance. The more hardcore players could also swim down further into a trench that lied beneath the gates to Helheim as well as through the complex gate ruins in search of artifacts and relics.

There ain’t no rest for the wicked, and Marco Bartolli’s henchmen were no exception to the rule. Even after Lady Croft had defeated him and claimed the Dagger of Xian—which the cult leader had plunged into his heart and consequently transformed him into a gigantic dragon—Bartolli’s follwers wold not rest until they saw their leader avenged. The result? A nighttime raid on Croft Manor with the intent to find Lara and kill her. Lucky for the adventurer (who was clad in only a low-cut blue bathrobe), Bartolli’s goons caught her just before she hopped into the tub. Also lucky was the shotgun and thirty or so cases of ammunition hidden in the closet beside the bathroom. The moral of the story: don’t mess with Lara Croft, especially when she’s about to take a well-earned soak in the tub.

A young Lara visited this gloomy Irish island via stowing away on a boat driven by kindly priest Father Patrick. Although Tomb Raider has always featured fantastical myths and legends, it never got more paranormal than the Black Isle, which played host to a number of ghosts, demons, and even Death himself. But the island’s creepy haunts were only half of the reason why this location stands out in the minds of so many fans. The other is that Lara, who explored the island alone, was completely unarmed; players had to tread carefully or risk disturbing the island’s restless spirits.

After two gentle opening levels, players were smacked in the face with this monster of a leve—and the monsters there. A quick climb-down (or fall-down, if you rode the river’s current over the waterfall) planted players at the mouth of a hidden valley inhabited by a pack of hungry velociraptors, all of which liked to tag-team with each other to make Lady Croft their next meal. Also inhabiting the valley was a much bigger (but no less hungry) T-Rex. Players could either kill it outright or navigate the network of tunnels running under and through the valley to avoid it.

Tomb Raider has featured some pretty weird (and pretty interesting) locations over the years, but none were weirder (or more interesting) than Area 51. Infamous for conspiracy theories that suggest its heavily guarded perimeters hold information concerning the existence of alien life, the military base has proved a source for intrigue since before the U.S. Government acknowledged its existence in the 90s. Lara witnessed a number of memorable (not to mention random) sights here, including a missile launch, a spaceship, an alien autopsy room (complete with a disected alien), and a room-sized aquarium filled with orcas.