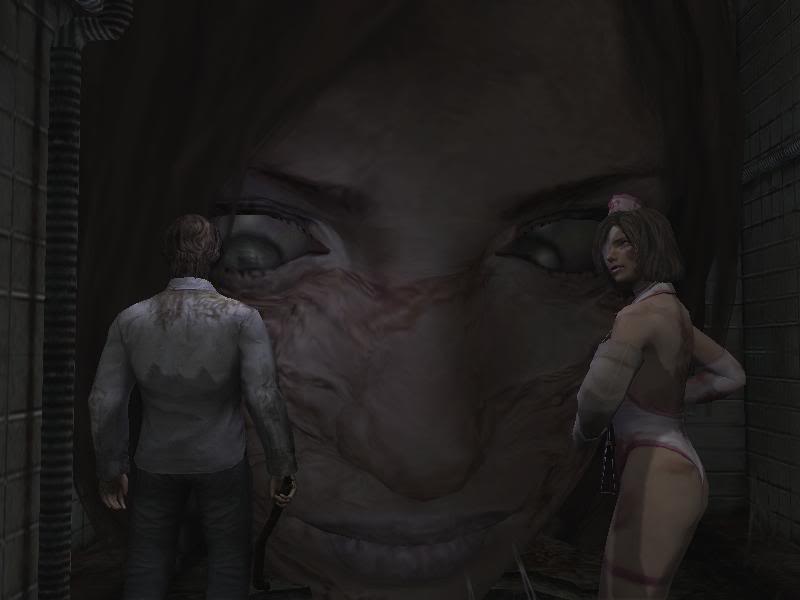 One of the many aspects in which survival horror series Silent Hill has stood out among its gaming peers is the fact that every title takes place in or relates back to the fictional titular town. The strong emphasis on it coupled with its organic reactions to those who enter it has pretty much made it a character of its own accord. Every game depicts a different side of the town (both geographically and metaphorically), and each side is represented by a handful of creepy locations through which players must transverse in order to survival. Grab your steel pipe and join us as we count down the top five most memorable locations in Silent Hill:

Despite the icy reception from fans, Silent Hill: Homecoming delivered on its depiction of the boiled, hot, hellish scenery that has become associated with the franchise, and in no stage of the game is the heat felt more strongly than in a section called “Hell Descent.” The game’s protagonist Alex Shepherd entered this area via Dr. Fitch’s deceased daughter Scarlett’s room and had to make his way down the network of catwalks suspended over a sprawling black void and adjoining rust-stained utility rooms to the final room at the very bottom, where he witnessed Scarlett—whom the good doctor had dismembered as part of a cult ritual—rise from a pool of blood as a demented doll and promptly murder her father. The boss battle that ensued remains a favorite Homecoming moment—as well as general Silent Hill moment—among fans.

Those who played the original Silent Hill (and didn’t look up spoilers online) were probably very confused when they reached the lighthouse in the game’s self-proclaimed “re-imagining,” Silent Hill: Shattered Memories, and instead found a psychiatric clinic aptly called “the Lighthouse.” As if that weren’t jarring enough, entering the clinic not only completed the game (whereas the original continued for a few more areas) but also revealed its big twist: that game protagonist Harry Mason had been dead for many years and that his journey through Silent Hill had been an elaborate fantasy created by his daughter Cheryl to help deal with her father’s death.

Silent Hill: the Room opened in the titular room, Room 302, where players were treated to a preview of the game’s uncomfortable, claustrophobia-inducing atmosphere. The opening in Room 302 marked the first time in Silent Hill history that the first-person perspective was available and that a second character (whom the game later revealed as Room 302’s former occupant Joseph Schreiber) was playable during the course of one game. (The special edition of Silent Hill 2 featured a side scenario in which fans played as Maria, a side character from that game.) Game protagonist Henry Townshend, who found himself locked in the apartment with no way out except through a portal in his bathroom that led to the a twisted and demented Other World, would return to Room 302 several times on his journey, either to complete a key task or heal himself—and just when players found themselves feeling safe within the walls of the small apartment, the ghosts from the Other World began traversing the portal to the apartment and taking up residence there. The path through the Other World eventually spiraled down to a past version of Room 302, where the ghost of Joseph informed Henry and his neighbor Eileen Galvin of game antagonist-slash-serial killer Walter Sullivan’s intention to sue the apartment to resurrect his mother. The weirdest part? It turned out that Walter though the apartment actually was his mother.

Silent Hill 2 protagonist James Sunderland made clear his one objective before even setting foot in Silent Hill: to find his wife Mary, who’d sent him a letter asking him to meet her in the town at their “special place.” The only issue was Mary had died some time prior to the events of the game. Regardless, James braved the dark, monster-filled town in pursuit of his lost love. His relentless search led him to Room 312 in the Lake View Hotel, where they’d often stayed while visiting the tourist town. It was there that James learned (well, remembered) the horrible truth: he himself had killed his beloved wife. The jaw-dropping, emotional scene remains one of the most memorable and heart-breaking moments of the entire series.

This storage room was an optional venture, but once entered, it induced one of the biggest heart-attack moments in the series. Players who went into the storage room looking for key items and other goodies found only a sink, a cart, and a long wall mirror. A typical empty room in Silent Hill, right? Wrong. Upon trying to exit the storeroom, players discovered that the door had mysteriously locked and they were trapped inside—and that a ghostly, scabby, black overgrowth was starting to spread over everything in the room, including game protagonist Heather Mason herself. A few more moments inside the storage room saw Heather’s reflection in the mirror—which had become even more black and scabby than she herself—freeze and look at her. It was around this time that the door unlocked itself, as players who could think of nothing else to do except to frantically try it again and again discovered. Once back out in the hall, they opened their inventories to find a chunk of health missing. That’s more than what players who stayed in the storage room got; those who stayed put, staring at the creepy reflection in the mirror, were eventually rewarded with Heather’s death and a game-over screen.