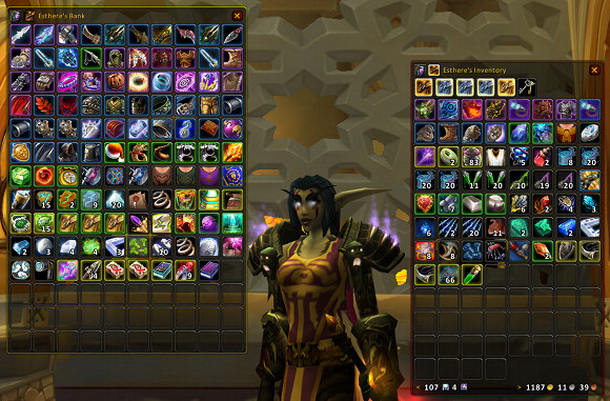 If you are a fan (and avid gamer) of WoW, then this is the post for you. The top 5 interface mods for World of Warcraft, will make things much easier and simple for old gamers and new gamers alike. World of Warcraft has been around for almost 9 years now and still, there is no slowing down in popularity. A recent survey shows that World of Warcraft is the most popular MMO in both Europe and North America. Millions of players still enjoy playing it, whereas, for some, the experience is new, but definitely fulfilling.

The default interface of the game is nice, but new gamers, in particular, wonder why certain features were not included. In this article, I’ll discuss 5 must have interface mods for World of Warcraft. If you are a fan of World of Warcraft, you are going to love the game even more after installing these mods.

The basic map that comes with World of Warcraft isn’t all that special. You can view the quest locations, and the fast-travel spots. But, you can’t zoom into it, and there is really no detailed information.

Carbonite fixes this, by replacing the map with a rendering of the actual world. It includes different locations of quest items, fast-travel spots, quest givers, inns, vendors and much more. Carbonite supports infinite level of zooming. The mini-map is replaced as well, extending the same functionality of the actual world map to it.

TellMeWhen gives players more information. Suppose an attack is on cool down, it does not only get grayed out; but thanks to TellMeWhen, you will get to know the number of seconds you need to wait before that particular attack can again be used. The remaining duration is displayed in case of the buffs or debuffs. Whereas, with reactive abilities, you get to see the hard to miss graphical effects.

These features are completely customizable, and you can create custom alerts of your own, depending on particular conditions defined by you. The interface mod is capable of supporting all classes available in the game. However, you can make it cater to your personal skill level and tastes.

You will find an inventory with any character available in World of Warcraft. This inventory is divided into several bags and at times, managing and keeping track of everything can become a tiresome process.

Bagnon helps you in this case. You can combine all these bags to create a giant inventory of your own. Search function also becomes available in the inventory; you can color items depending on the quality as well.

Though World of Warcraft has cemented its place as a popular social game, it never had a good enough chatting functionality for the gamers. The default interface has its own built-in customization, but that’s not good enough to impress the gamers who are already users of the best IM clients.

That’s where Prat comes in. It supports a chat interface with 30 modules and adds new functionalities and features. You can change the default player name that is displayed, decide handling of chat history, change channel colors, player & class level, fade the chat window away when you are not using it and more.

Gamers will appreciate Prat a lot more when they get into the dungeons or become part of a guild. You can chat with others to move forward in the game, and everything becomes much easier!

Damage per Second is probably the most important term in World of Warcraft. This denotes what sort of damage your character is able to bring. A higher DPS is obviously better for the players.

Despite its high importance, there was no way to measure it in real time, until Recount was introduced. According to a recent survey conducted by Curse.com, Recount is the most popular interface mod for World of Warcraft.

This helps gamers to see how they stack up against others. On the other hand, solo players can use it to understand new spells and tactics for increasing the damage.

If you are completely unaware of these mods, this is the perfect time to try them out! If you feel any other interface mod should have been included in this article, let me know in the comments below!