Google has updated its Google Translate app for Android, and has added support for offline language translation. It is now able to translate up to 50 languages without having to connect to the internet. 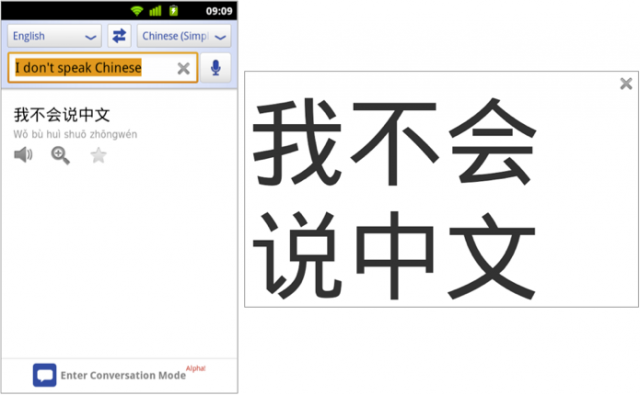 The language packs for each language will allow users to translate sentences or words between the installed languages without connecting to the internet at all, it saves up on data costs. Users can type the words or phrases, speak them or simply take a picture of it, and the app will translate it for them. The app will show the translation on the screen or even speak it out, where the latter comes in handy in a foreign country; where the users doesn’t know how to actually pronounce the words.

The app actually supports more than 60 languages for translation, but there are offline language packs for only 50 of these. This means more than 10 languages still don’t have offline packs. We’re sure that Google will add support for more languages in the future, but until then the 50 packs should be sufficient for most users.

Google Translate app is absolutely free and available for download at Google Play store. It requires Android 2.3 or above to download offline language packs, so people who are still rocking an older device with Gingerbread OS, can also benefit from this cool new update.

The recently launched Galaxy S4 will come packed with Samsung’s own S Translate app, which will be a direct rival to Google’s service but sadly it doesn’t support offline translation like Google Translate. This new feature will help users cut costs on data and even work at places where they don’t have any signals.

The new offline mode is only exclusive to Android, and Google doesn’t offer the offline packs to its iOS users of the app. (So, um yeah take that!). However, those all mobile users can and should check out Magma Translation for a viable option.

How many times do you use Google Translate in a day? Shoot us a comment below.

What Makes an Indie Game?