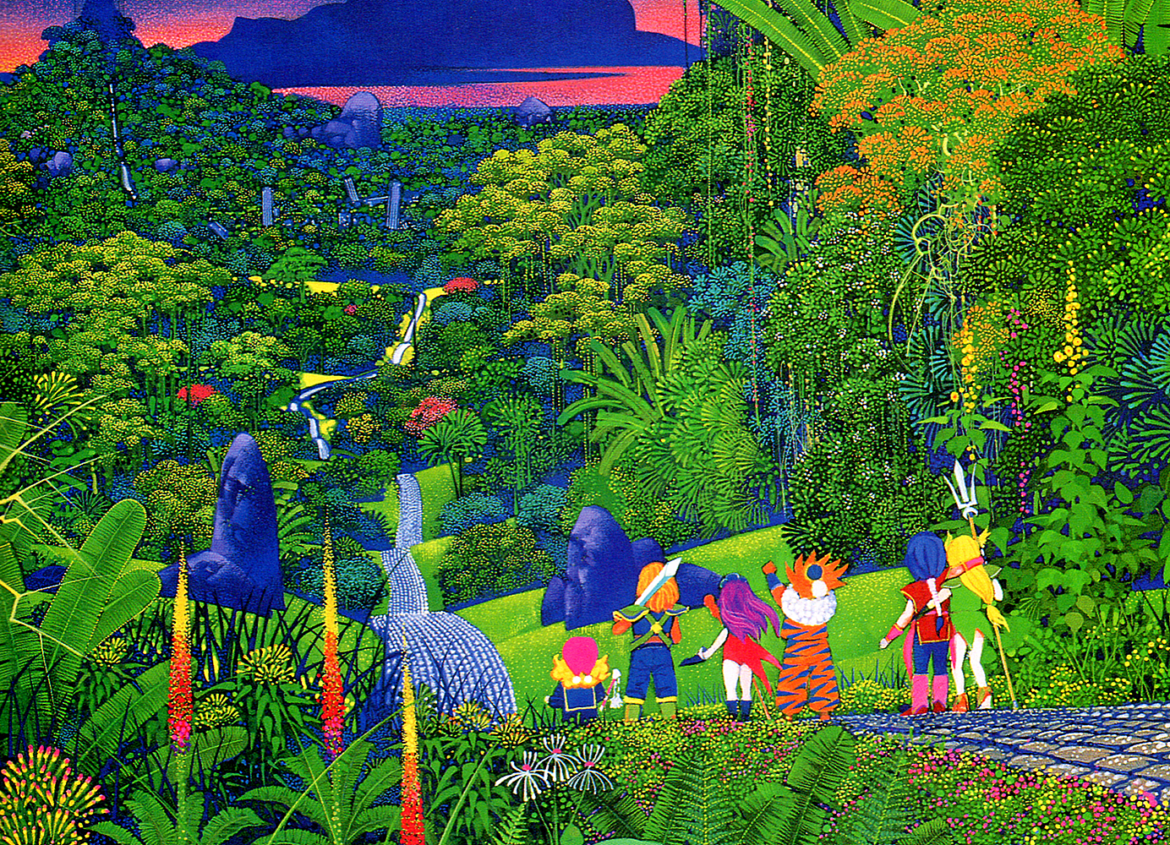 There are some games that, when brought up, garner only confusion. I make a point to keep these in my collection because the only thing better than having awesome games, is having awesome games nobody else has heard of. Sometimes great games just manage to slip through the cracks without notice, and that’s a shame. So, I thought I’d bring you 5 of the most awesome games I might introduce you to if we ever gamed together.

Seiken Densetsu 3 is the best game to ever make it’s way into the Mana series, bar none. It’s predecessor The Secret of Mana was very popular in the US and Seiken Densetsu 3 only made things better. With six playable characters, action RPG gameplay, and co-op, it’s one of the best local multiplayer games ever released. It has three main storylines to play through as well as each of the six characters having their own storylines as well. Each of the different characters has their very own flavor of gameplay and personality, no recycling going on here. Beautiful graphics, amazingly smooth gameplay, an engaging story, and cool characters make this a must play for sure.

Well, Seiken Densetsu got put at #5 because if you’ve heard of any of these games here it’s likely to be this one. If you haven’t it’s because Seiken Densetsu 3 was never localized outside of Japan. Thanks to an intrepid team of programmers, however, we were gifted with a fan translation that puts some officially translated games to shame. I’m not saying you should go get a ROM and emulator to play, because that would be wrong. I’m just saying it’s awesome and it’s out there.

If you like dungeon crawling and treasure looting then this game is for you. In it you take control of a Hunter who must go into modern style dungeons racing to grab treasure before other hunters do. All the while crushing the cute anime monsters that stand in your way. Battle Hunter falls squarely in the realm of Tactical Role-Playing Games with the same grid based movement we’ve seen in games like Final Fantasy Tactics. Battle Hunter however eschews the intense story, instead focusing on addictive gameplay and every gamers need to level up incessantly. Battle Hunter is unique in that it brings a deck of cards into the mix. These are combined with your stats to determine how effectively you attack and defend, so having a high stat doesn’t ensure victory if the opponent has a great card. This helps add another layer that protects the typical RPG gameplay from getting stale. You can even bring your friends into the race for treasure and laugh while you murder them and take their stuff.

Battle Hunter was released as part of a budget series in Japan and got pretty much the same treatment in the US. People tend to shy away from budget titles and it already being in the tactical RPG niche didn’t help. This all combined with a cover that looks like it was made at someones house made it an easy title to over look. It’s no masterpiece but it’s totally worth the $12 you can pick it up for on Ebay these days.

Septerra Core was a role-playing gaming published by Monolith back in ’99, yes that Monolith. For only two years the game development company who would later be known for FEAR took a shot at publishing games as well. Septerra Core was lucky enough to be part of that library they put out. It uses the Active Time Battle system that many Final Fantasy fans are familiar with, though they did add a little twist with your character doing more damage the longer they put off attacking. Magic is performed through cards similar to Tarot cards instead of a typical mana system. The setting is a steampunk post-apocalypse style world with guns and robot dogs. Probably the coolest Tidbit about this game is that it was scored by Marty O’Donnell the same guy who scored Halo. Marty also recommended a voice actor he worked with on Septerra Core for Halo; That man was Steve Downes, better known as Master Chief.

Honestly, I’ve almost never heard of this game. I ended up with it because it was packaged with a giant robot game known as Shogo: Mobile Armor Division, but Septerra Core turned out to be the best part. It was released in ’99 the same year we got titles like System Shock 2, Planescape: Torment, and Everquest, so it’s no surprise this little title never hit it big. Plus it was being released by a publisher that was only publishing for 2 years with game mechanics traditionally seen in console games. Hindsight it 20/20 though, so we can look back it it now and appreciate it. You can pick up this sweet title for only $5.99 over at Good Old Games.

This is the most modern of all the games on the list, only being released in 2010. It’s another tactical RPG but manages to set itself way apart from most other games in the genre. The combat is turn based but once actions are selected you actively control the characters as they move and fight. No grid to be found here, instead you chart free roaming paths and patterns to optimize your use of the battle field. It’s packed with high flying gun-slinging and a level of weapon customization that makes you excited just to tinker. Resonance of Fate takes place in the far future were people are living in a huge machine that stretches tall into the sky. Even exploration has a twist as you lay down colored hexes to give access to areas and smart layout can grant you bonuses when entering dungeons.

Resonance of Fate didn’t exactly get backed by a huge marketing campaign. If you did hear about it, you likely didn’t pick it up as it only sold 160,000 copies in the US; Worldwide it didn’t even manage to hit the 1 million mark. This game is destined to be a cult hit for future generations. Since it’s still part of the current generation of games you can pick it up from your local game store for about $30.

This game is one of my favorites of all time and is already a cult hit. In the far future the planet is covered by a strange dust that makes people lose their memories. Because of this the humans have been forced to move underground with no memory of their lives before. But some people, known as Espers, can manipulate the dust to gain special powers and abilities. The game begins with you and another character being dragged from a capsule found on the surface. You turn out to be a natural at dust manipulation and must uncover the secrets of your own memory and the dust itself. Unlike the other games in this list Phantom Dust is not an RPG. It’s an arena battle game with hidden mechanics similar to a card game. You must build an arsenal of abilities that will spawn onto your home area of the battlefield. These are picked up by the player and used to decimate the opponent, whether they be monsters or human. There are many school of powers that allow a unique experience based on how you choose to build your arsenal. The soundtrack features beautiful classical music, the art style is unique, the story is exceptionally good, and the gameplay is loads of fun. This is another game where other people can be brought in for an awesome time. Sadly since it’s an Xbox game there is no longer official ways to get online with it. Whether you choose single-player, third party online, or local versus, this game is the definition of a hidden gem.

Phantom Dust released at a $20 price point in 2005. As I mentioned earlier, people tend to shy away from budget games because most are crap. On top of that Phantom Dust got almost no advertisements despite being put out by Microsoft’s own game development wing. Phantom Dust is also exceptionally hard to describe to other people, there just isn’t another game like it out there to compare it to. If I got to pick any game to get a sequel, it would be this one. It can still be picked up on Ebay for around it’s original release price, with the Japanese import selling for as high as $120. If you spend money to get any game on this list make it Phantom Dust, before the game becomes even harder to find.

Gold-Plated Galaxy S4 is the Bling