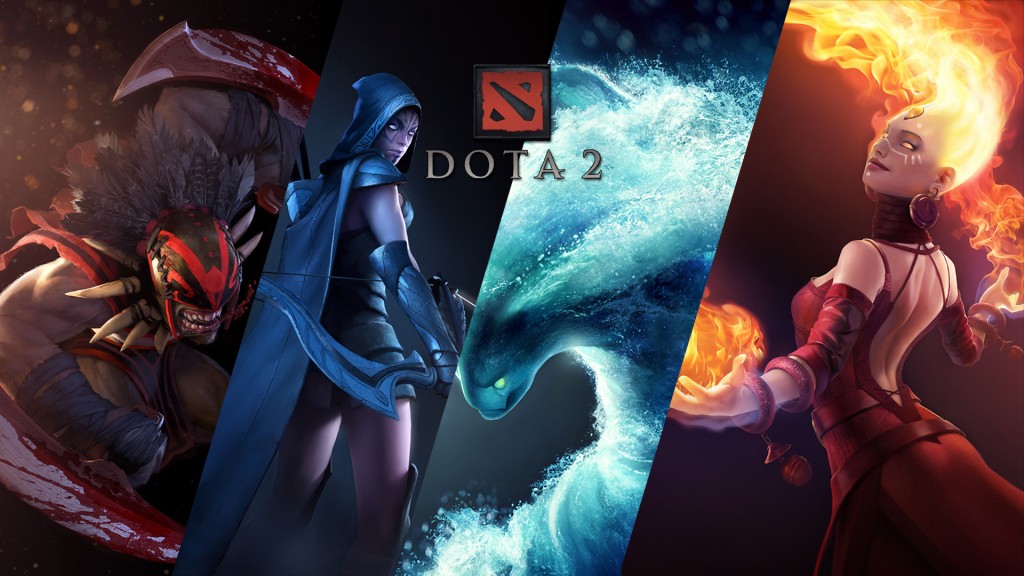 Valve has finally set a release date for the sequel to the hugely popular Warcraft III game mod “Defense of the Ancients”. Dota is considered by many to be the seed of the MOBA genre, despite it having a predecessor in the “Aeon of Strife” Starcraft mod. Dota spawned many of the conventions we now view as staples of the genre. The long awaited sequel entered Beta on September 13th of 2011 and has been working towards a release for the nearly 2 years now. With League of Legends consistently coming in as the number one payed PC game on the market Valve hopes to drag away some of it’s player base.

Gamesindustry reported last week that Dota 2, still in testing, has managed to overtake League of Legends as the most played game for the first quarter of 2013. This came a surprise to many players and outlets, as LoL has had in incredible margin of victory in past reports. So large of a margin that the results of the DFC Intelligence report were seen as unbelievable. Riot Games themselves even came out to dispel the claim that their hugely successful MOBA had been overtaken by a game still in it’s testing phase. Riot stated that the League of Legends EU West server alone sees 500,000 concurrent players which is markedly higher than Dota 2’s peak of 326,000.

With Dota 2 only a month or two away, is it possible that it’s gaining the steam needed to pass LoL? To be quite frank, probably not. In general there are two types of people in regards to Dota 2; There are people who want to play and people who don’t. That may seem like an obvious statement but it’s really that simple of a distinction to make. If you weren’t interested in Dota 2 before then you’re probably not going to care afterit comes out either. If you wanted to try Dota 2, you most likely already have. The beta phase that the game has been in for the last two years wasn’t exactly difficult to get into. If you’re already playing then you likely have an inbox full of free beta copies to give away. I myself got so many while playing that I started giving them away to friends. Then I ran out of friends who wanted them and moved on to just giving them away online to anyone who wanted them. Now I have 8 copies still just sitting in my Steam.

My point is that Dota 2 having a summer release date is almost irrelevant because it’s basically already out anyway. I’m not really sure why it needed to be in the testing phase for so long anyway. MOBAs are a genre where you’re sort of testing everything constantly anyway. As long as you’ve got it about right the community will help you figure out all the tweaks. The balance in a MOBA is never going to be right on, it’s just never going to happen. Maybe it’s because they wanted a bigger stable of playable champions on release or perhaps there are just reasons I’m not seeing. But it seems like the new release date is just to drum up more players.

As it stands I can’t really see the release of Dota doing much of anything for the number of players. Is it possible that it will overtake LoL eventually? Sure. But as it stands LoL is a powerhouse in that corner of the market and Riot is securing that position through competitive gaming events and broadcasts. So if Valve ever does manage to slip their new game past LoL in numbers, it won’t be anytime soon. It’s likely that any increased player base they do get won’t actually detract from the LoL base. I can’t help but feel like people will probably just play them both. The DFC report certainly seems to paint the picture that way, and that only means more struggle for Dota 2 on it’s uphill climb.