Home Entertainment Despicable Me 2 – Exclusive Geek Insider Review: They Had Me At Fart Guns
Entertainment

Despicable Me 2 – Exclusive Geek Insider Review: They Had Me At Fart Guns 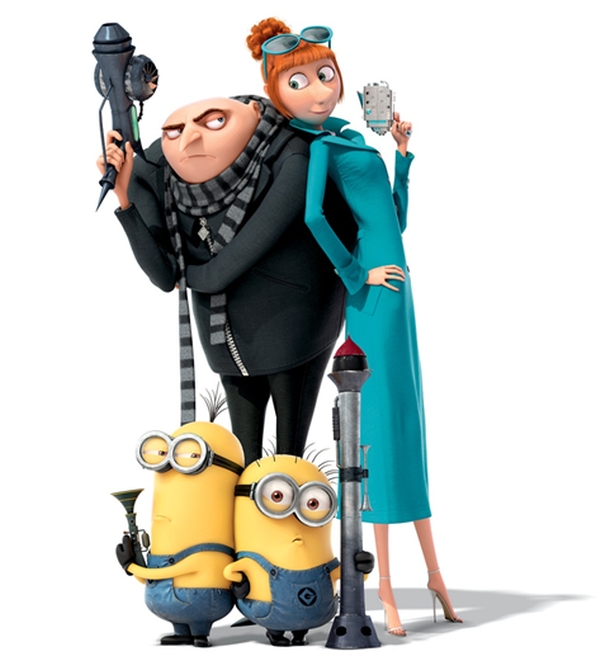 Short version of this review: It has fart guns. Watch it!

Longer version of this review:

This movie made me cry with happiness within the first 5 minutes and they hadn’t even gotten to the fart guns yet.

A sequel of something popular is always a risk, especially when it comes to cartoons.

Something that was outrageously funny in the last film, can turn into something less charming by the second. As a fan of the first Despicable Me, this is what I was expecting-

It wouldn’t be face meltingly entertaining, but not offensively boring either. A nice way to spend the evening before getting home to cats who judge us every time we leave the house.

My theory was incorrect. (Except about the cats).

It came pretty close to being face meltingly entertaining. Watching as people departed the cinema, there was a lot of wrecked make up. People had to wipe tears from their eyes, in order to be able to get back to enjoying the juicy 3D goodness.

This is why it was good-

Despicable Me 2 wasn’t written for kids

I mean, it’s not like Fight Club, your kid can easily watch it and probably not be totally scarred for life. If you have the kind of kid who can handle the ‘horror’ factor of say, Monsters, Inc. or Ben 10, then you’ll have no troubles. If they’re still at the Octonaughts stage, you may want to reconsider letting them watch the film. (As a side note, why yes, my nephews, nieces and younger cousins DO enjoy discussing their film and literature choices with me. How ever did you guess?)

But where most kid’s films have those one or two lines that only the adults in the audience understand, while mainly being for kids with people falling and hurting themselves (because children are evil), this film is filled with it.

This is a film for adults, that just happens to also have things that will entertain most children as well.

In fact, you don’t even need to take your kids along to see this film (especially if they’re at that stage where they think loudly repeating the line that’s just been said, somehow confers onto them the same comedic wit. It does not. Stop them from doing this). Leave your kids at home, get the cats to babysit them. Cats can babysit, can’t they? Make this your date night movie!

It’s not just the dialogue. There’s physical comedy in there that just wouldn’t work with a real person doing it (because you’re not Steve Martin, that’s why), but for some reason an animated Gru gyrating his hips at a stack of wigs, sent most of the cinema into hysterics.

There was also a hint of possibly, something that could eventuate into a movie for Gru’s three girls who are obviously evil villains in training. Even more so than most children.

There is a downside to the film though, in that for all it’s cleverness of dialogue and characters, the plot is kind of lazy. Without spoiling it, I thought there would be more to the ‘mall’ than meets the eye. But there wasn’t.

There were plot lines that had begun and then disappeared, never to be mentioned again even though they seemed very important at the time. It just sort of ….ended.

But not really! Do NOT remove the 3D glasses when the credits start. Stay in your seat, laugh at those who get up to leave. Laugh loudly, then enjoy what is being done with 3D animation. It’s possibly why I left the cinema declaring that Despicable Me 2 was possibly the best 3D movie I’d ever seen, not just animation, but movie. The lasting impression it left, was a loving one.

Oh and if nothing else will convince you to see this film, there are fart guns and evil chickens. Nuff said.

Despicable Me 2 opens in cinemas:

America and Canada- 3rd of July.