Top 3 Things We Want (And Don’t Want) To See In “Fatal Frame: The Black-Haired Shrine Maiden” 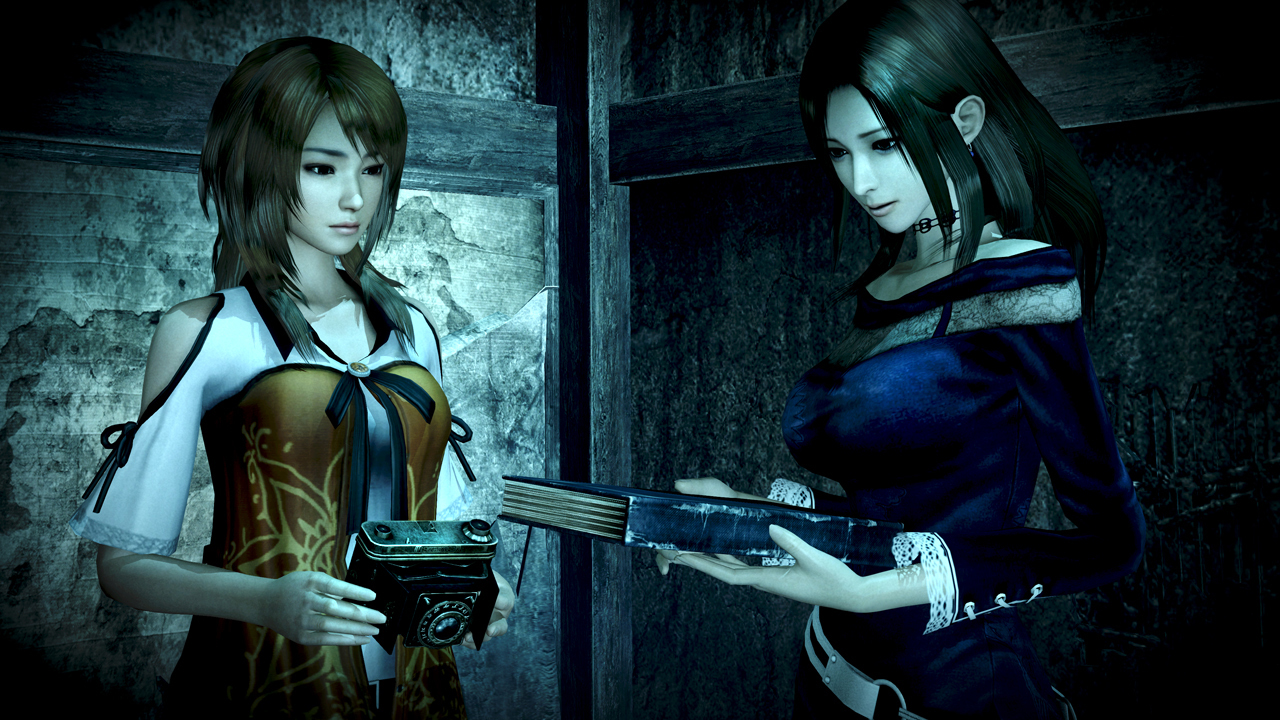 The announcement of Project Zero: Nuregarasu no Miku (Fatal Frame: the Black-Haired Shrine Maiden) marks the first main entry in underground survival horror series Fatal Frame since 2008’s Project Zero: Tsukihami no Kamen (Fatal Frame: Mask of the Lunar Eclipse). Back in its heyday, Fatal Frame set a pretty high bar for its survival horror peers to meet, especially where its own brand of terror is concerned. While some horror titles focused on mano-a-monster combat (Resident Evil, Silent Hill) and other emphasized full-on enemy evasion (Clocktower, Haunting Ground), Fatal Frame forced players brave enough to play it to stand still and let the game’s ghostly enemies pursue them long enough to exorcise the malevolent spirits via the game’s special weapon, a camera called the Camera Obscura. But in other ways, the series wasn’t so revolutionary, especially where its recycled story lines are concerned. Let’s take a look at the top three things we want (and don’t want) to see in Fatal Frame: the Black-Haired Shrine Maiden.

Like its survival horror sister Silent Hill, Fatal Frame became known partially for the unique designs of its enemies, which portrayed them as tortured, twisted victims of horrible circumstances rather than the B-movie monstrosities often seen in the horror genre. In previous installments, players could find tape recordings, spirit stones (which could be used in a special radio to listen to spirits’ thoughts), and files left behind by the ghouls’ living selves, making their gruesome deaths and even more gruesome afterlives all the more tragic.

Although the ghosts’ ghastly designs were quite memorable for the haunting impression that they left on players, the human characters’ designs were memorable for a different reason: their cartoonish simplicity, which felt out of place in their bleak, monotone environments. Let’s hope the HD graphics of the Wii-U inspire a higher level of realism in the Black-Haired Shrine Maiden‘s human cast. (Thus far, all signs point to “yes!”)

Speaking of Fatal Frame‘s bleak environments, the only thing that possibly tops the series’s ghostly enemies so far as “the creep factor” goes is its haunting, otherworldly area designs, created by a combination of a low light, long, narrow hallways, and a color scheme consisting primarily of rotting reds, ethereal blues, and eerie browns. Just looking down any given hallway in a Fatal Frame game is enough to make you want to turn tail and hot-foot it back to the nearest save lantern. But even the creepiest hallway can’t top the crawlspace in Fatal Frame 3: the Tormented, through which players had to make their way while warding off grabby spirits.

Just because we like Fatal Frame‘s long, narrow hallways doesn’t mean we want to spend the whole game in one. One of the funnest aspects of Fatal Frame as well as other survival horror games of its era is the exploration that its nonsensically laid-out floor plans enticed—an aspect that has sadly been reduced to a single, uninteresting path in the genre’s recent titles. The Black-Haired Shrine Maiden’s trailer looks promising, though; it shows its protagonist wandering all over a cursed, swampy area.

As noted above, the successful survival horror titles of yesteryear haven’t had the easiest time translating themselves into the modern generation of gaming. Most entries end up feeling like slow-paced action games in survival horror clothing. We’re crossing our fingers and wishing on stars that Fatal Frame doesn’t take the same (linear) route. But we’re also hopeful; in addition to the trailer looking ultra-creepy, we’re pretty sure you can’t make any kind of action game that features a camera as the sole weapon, even if it is a spiritually charged one.

Don’t Want #1: The same old, same old about a shrine maiden, a forbidden romance, and a cursed mansion

Don’t get us wrong: we love Fatal Frame‘s stories as much as the next survival horror enthusiast. But they do tend to get a little repetitive. Each one features a shrine maiden who has been isolated from the outside world and bred to fulfill her role as a human sacrifice in an ancient ritual that keeps buried some sort of underground evil. The maiden later changes her mind (usually because she falls in love with a young man) and tries unsuccessfully to escape, resulting in her death, the death(s) of her loved one(s), the death of pretty much everyone in the general area (usually a mansion), and the unleashing of the evil, which curses the locals’ spirits and causes them to roam the area as vengeful ghosts. Then, when the game begins, the protagonist either loses or has lost someone whom she loves to the mysterious area in question and must trek through it in search of him or her only to lose him or her at the end of the game. We love the creepiness; we love the emotion; heck, we even love the sweet little tragic love story. But the repetitiveness we’re not so keen on. And judging by the title, the Black-Haired Shrine Maiden, we’re not sure we’re going to see any deviations to the plot this time around, either. (But that doesn’t mean we won’t love the creepiness, emotion, and love story any less.)