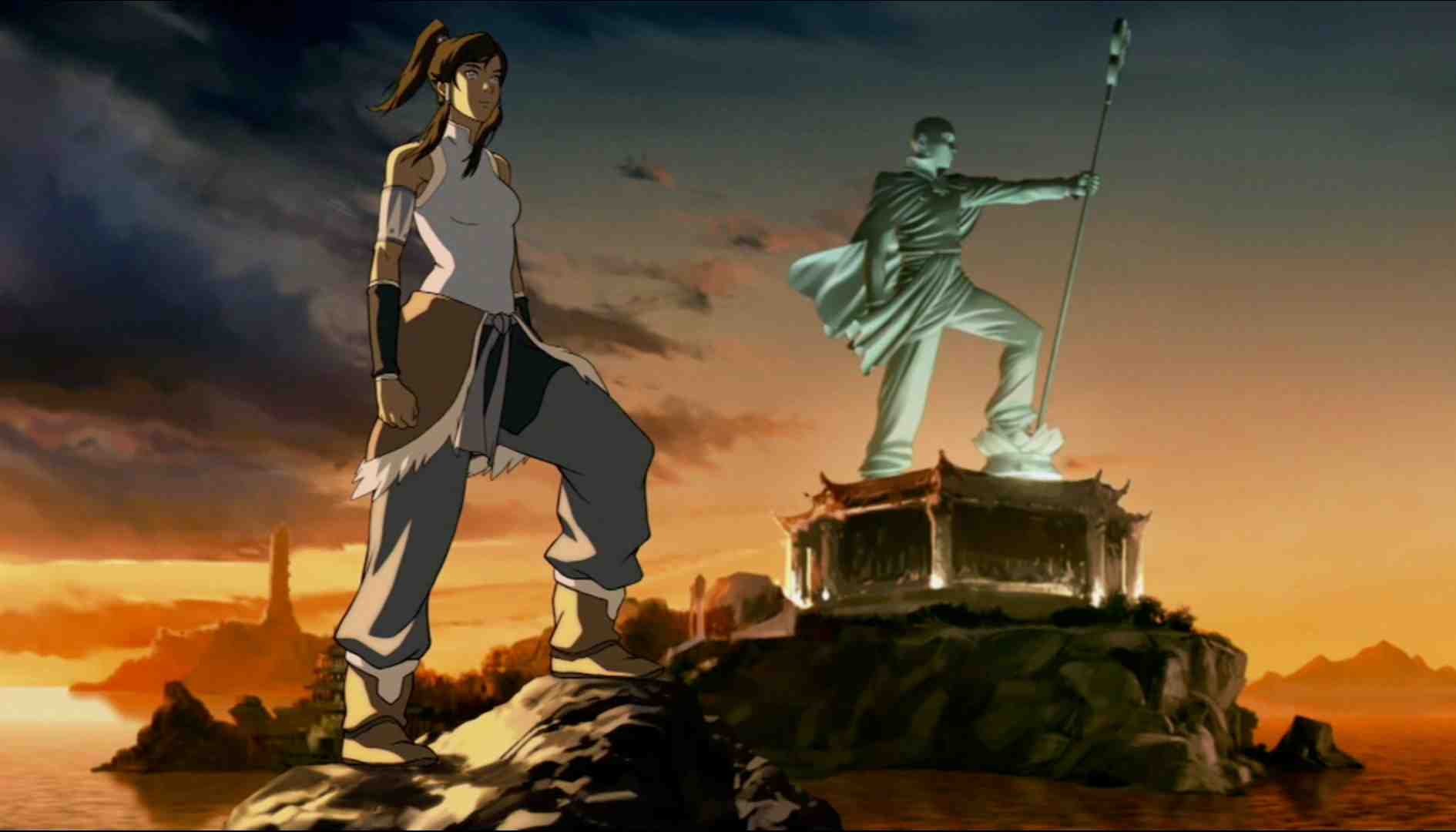 Ba Sing Se, despite being the supposed safest city in the world, still seems to crumble to the ground a lot, doesn’t it.  As we open on another episode of the Legend of Korra, it seems Zaheer has already won.  With the Queen dead and the walls brought down, Ba Sing Se has been reduced to anarchy with hundreds of burning buildings and looting all over the city.  Mako and Bolin commandeer an airship in the hopes of bringing Zaheer’s message to Korra.  Before they go, they make sure to rescue their family in the outer ring.  While their Grandma is resistant to leaving their home, Bolin reminds her that a true home is wherever your family is.

The Airship finally arrives in the Misty Palms Oasis and the whole gang is finally reunited.  After a few awkward pleasantries between Mako’s Grandmother and ex-girlfriends, Mako is finally ready to deliver Zaheer’s message.  He has issued an ultimatum; he will destroy the new Air Nation unless Korra turns herself over to the Red Lotus.

The expanded team Avatar flies to Zaofu to send a radio warning to Tenzin.  They have trouble contacting him so Korra tries to intercept Zaheer in the spirit world somehow.  However, she doesn’t find her target and instead finds an old friend.  Uncle Iroh makes another cameo to give some helpful advice.  Korra tells him that she feels lost without the ability to consult his past lives.  Iroh suggests he ask Zuko since he was so close to Aang.  Zuko in turn explains that Aang’s dream of a new Air Nation would not overshadow his sense of duty to being the Avatar.

The group finally contacts Tenzin only to find out Zaheer has already arrived.  The new Airbenders start to evacuate, but everyone is captured and held in the temple.  Tenzin distracts the Red Lotus while the rest try to escape again but P’Li has a bird’s eye view of the temple from an airship, allowing her to block their escape with explosions.  Kaya and Ming Hua face off as Bumi and Ghazan do the same.  Tenzin and Zaheer are also equally matched.  Kai tries to distract P’Li long enough for the others to escape but is hit by one of P’Li’s blasts.  She also scares off the bison, cutting off their means of escape.  Kaya and Bumi are knocked off a cliff, which also knocks them unconscious.

The episode ends with a badly beaten Tenzin declaring that as long as he still breathes, the Red Lotus has not beaten him.  We then see that Kai survived his explosion as he goes to get help.

This episode continues to set up the Red Lotus as an unstoppable threat.  The episode lacks flow because it needs to put all of its characters in the right places for the finale.  Team Avatar needs to be together, but they need to be separated from the Airbenders so the Red Lotus can take them captive.  They also need to set up some more themes for Korra to deal with when she and the Lotus face off.  This season seems to deal with the idea that change is neither good nor bad, but it does result in losing the past.  This is why we see Korra struggling to reconnect with her past even though her past lives are gone.  Unfortunately this results in Korra simply bouncing from elderly mentor to elderly mentor.  I’m still excited for the finale, but the buildup is mostly chess-piece storytelling.

Apps for Women – Under Armour Women: ‘I Will What I Want’ Review

Top 3 Things We Want (And Don’t Want) To See In “Fatal Frame: The Black-Haired Shrine Maiden”